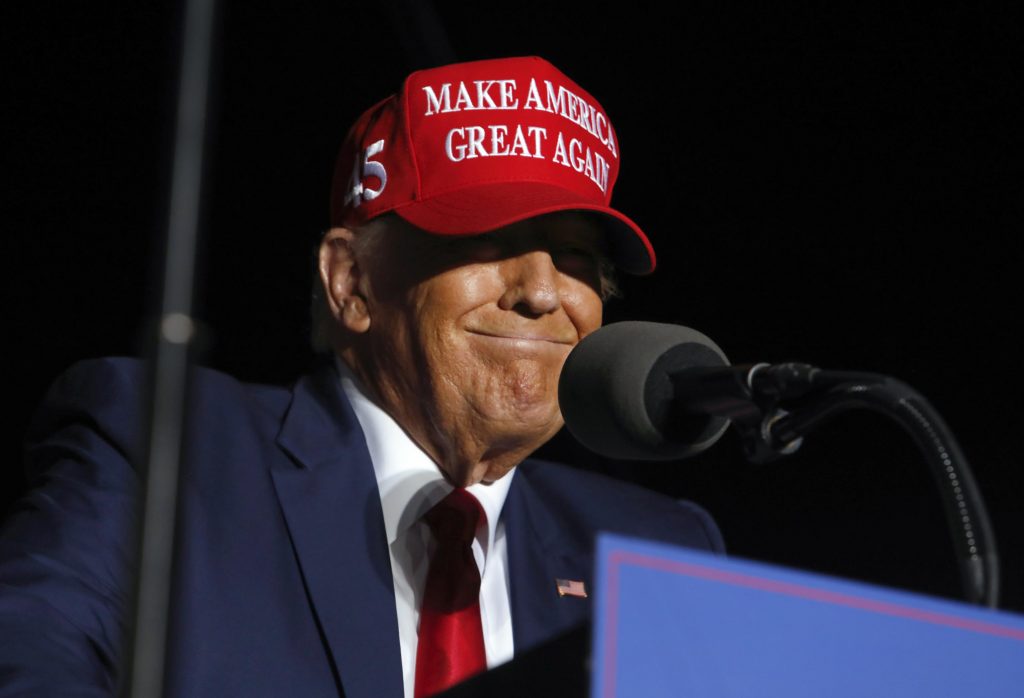 WASHINGTON (HPD) — Republicans appear headed for big victories in Tuesday’s midterm elections and are calling on voters to punish Democrats for inflation and crime.

More than 39 million people have already voted in an election that will decide control of Congress and several governorships.

Biden was on his way to campaign in suburban New York on Sunday as former presidents Barack Obama and Bill Clinton made their final appearances on Saturday.

Rep. Sean Patrick Maloney, the House Democratic campaign manager, is in a tight race for his upstate New York City seat. However, on Sunday he insisted that Democrats “will do better on Tuesday than people think.” He added that his party “is not perfect” but “we are responsible adults, who believe in democracy.”

“I think this race is going to be extremely close, and I think everyone who is concerned about the extremism of this MAGA movement — the racism, the anti-Semitism, the violence — needs to get out the vote, and I don’t just mean Democrats, I do independents and reasonable Republicans,” Maloney said on NBC’s “Meet the Press,” referring to former President Donald Trump’s “Make America Great Again” slogan.

Republican Senator Rick Scott, head of Republican campaigns for the Senate, said for his part: “We have wonderful candidates and people are turning out to vote.”

“There is no energy on the Democratic side,” Scott said on NBC. “This election is about the Biden agenda.”

Trump, who was scheduled to rally in Miami on Sunday, hopes Tuesday’s strong showing will give him momentum for a possible 2024 presidential campaign. Trump is expected to make his candidacy announcement in the coming days or weeks.

Scott will be at that rally. But Florida Republican Gov. Ron DeSantis, who is seeking re-election and is seen as a possible rival to Trump for the presidential nomination, is not invited.

In Pennsylvania on Saturday night, Trump said he hoped the GOP would have “a historic victory” in the midterm elections. But DeSantis was also on his mind: He referred to the governor as “Ron DeSanctimonious.” It’s a rivalry that has been simmering for more than a year, as DeSantis has taken increasingly bold steps to become known nationally and build a deep fundraising network.

DeSantis, who became a popular national figure with conservatives during the pandemic by opposing the restrictions, shares Trump’s pugilistic instincts. By most measures, Trump remains easily the most popular figure in the Republican Party. But many Trump supporters are anxious about the prospect of DeSantis running, seeing him as a natural successor to Trump, without Trump’s considerable political negatives.

Trump has privately complained that DeSantis has not said he will withdraw from the race.

When Joe O’Dea, the Republican Party candidate for Senate in Colorado, said he would prefer someone other than Trump as a candidate in 2024 and mentioned DeSantis and others, Trump criticized O’Dea on social media: “MAGA doesn’t vote for stupid people with big mouths,” Trump said.

For Democrats nationally, the focus is on the fate of their tight control of the House and Senate.

Voters could punish the party that controls the White House and Congress amid rising inflation, concerns about crime and pessimism about the country’s direction. History indicates that the party in power suffers significant losses in the midterm elections.

Trump has long falsely claimed that he lost the 2020 election because Democrats cheated, and has even started raising the possibility of voter fraud this year. Federal intelligence agencies are warning of the possibility of political violence by right-wing extremists.

Biden’s midterm speech focuses on defending his administration’s major legislative achievements while warning that abortion rights, voting rights, Social Security and Medicare are in jeopardy if Republicans They take control of Congress.

Obama, who joined Biden in Philadelphia on Saturday, noted that generations of Americans have died for democracy and that “it cannot be taken for granted.”

Biden said for his part that “we have to reaffirm the values ​​that have defined us for a long time.”

At a rally in New York for Gov. Kathy Hochul, who is in a tight re-election battle, Clinton said the Democrats’ loss of control of the House and Senate would have “enormous consequences.”

Republican National Committee Chairwoman Ronna McDaniel said Democrats were “inflation deniers,” trying to deflect branding the other side of her party as undemocratic for rejecting the results of the free and fair 2020 presidential election simply because Trump lost it.

“If we take back the House and the Senate, it’s the American people saying to Joe Biden, we want you to work on our behalf and we want you to work with the other party to solve the problems that we’re facing,” McDaniel said on the show ” State of the Union” on CNN on Sunday.

Lee Saunders, president of the American Federation of State, County and Municipal Employees, the nation’s largest public employee union with 1.4 million members, has traveled the country to support Democrats. “It’s going to be tough, it’s going to be tough, but we’re not giving up hope,” he said.