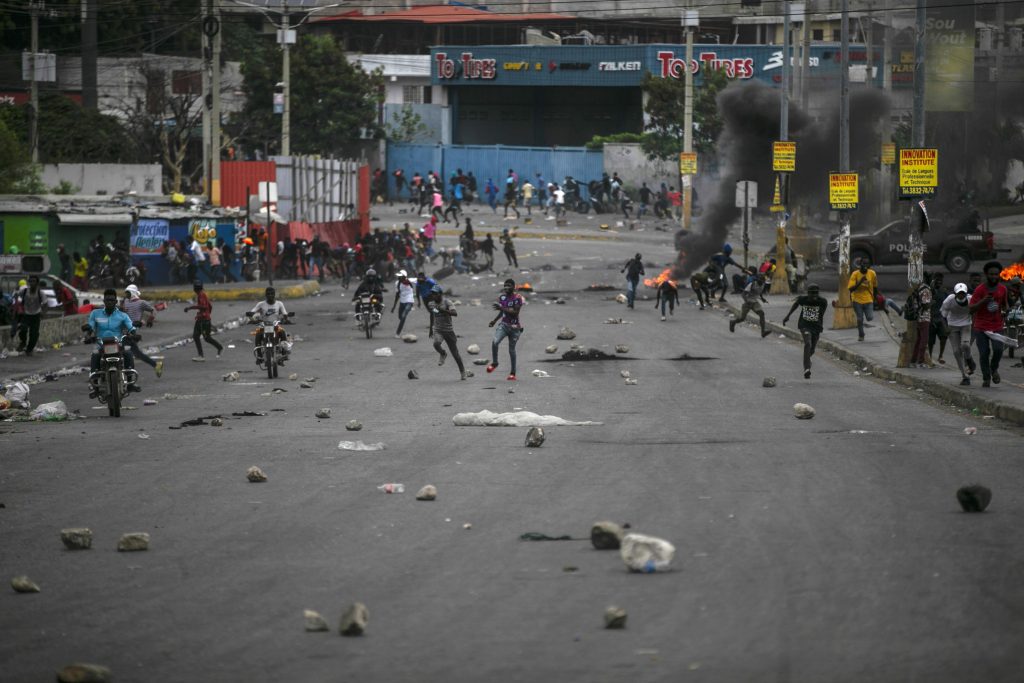 UNITED NATIONS (HPD) — A record 4.7 million people in Haiti face acute hunger, including 19,000 facing catastrophic famine for the first time, all in a gang-controlled slum in the capital, according to a new report published on Friday.

The UN World Food Program and the Food and Agriculture Organization of the United Nations (FAO) noted that relentless crises have trapped Haitians “in a cycle of increasing desperation, without access to food, fuel, markets, jobs and public services, which has paralyzed the country.”

The Cite Soleil district of the capital Port-au-Prince, where violence has increased as armed gangs vie for control, is in the most urgent need of humanitarian aid, they said.

The report from the Integrated Food Security Phase Classification, a global partnership of 15 UN agencies and international humanitarian aid groups, paints a bleak picture of rising hunger in the poorest country in the Western Hemisphere.

The association uses five categories of food security, from phase 1, in which people have enough to eat, to phase 5, in which households are extremely food deprived and face hunger, starvation, death and misery. The 19,000 people of Cité Soleil are now in the latter group, according to the report.

According to the analysis, a record number of 4.7 million Haitians are in the three worst categories: 2.9 million in phase 3 of “crisis”, characterized by lack of food consumption and acute malnutrition; 1.8 million in phase 4 of “emergency”, in which there are large deficiencies in food consumption, very high acute malnutrition and excess deaths, and 19,000 in phase 5 of “famine”.

The report notes that food security has also continued to deteriorate in rural Haiti, with several having moved from the “crisis” phase to the “emergency” phase.

The World Food Program and the FAO say that food insecurity has increased in the last three years and that 65% of Haitians “are in high levels of food insecurity, and 5% of them are in urgent need of humanitarian aid.” ”.

Haiti has been plagued by inflation and a political gridlock that have fueled protests and pushed the society to the brink of collapse.

Daily life in the country began to spiral out of control last month, just hours after Prime Minister Ariel Henry announced that fuel subsidies would be scrapped, causing prices to double. Rising prices have put food and fuel out of reach for many Haitians, clean water is in short supply, and the country is grappling with a cholera outbreak.