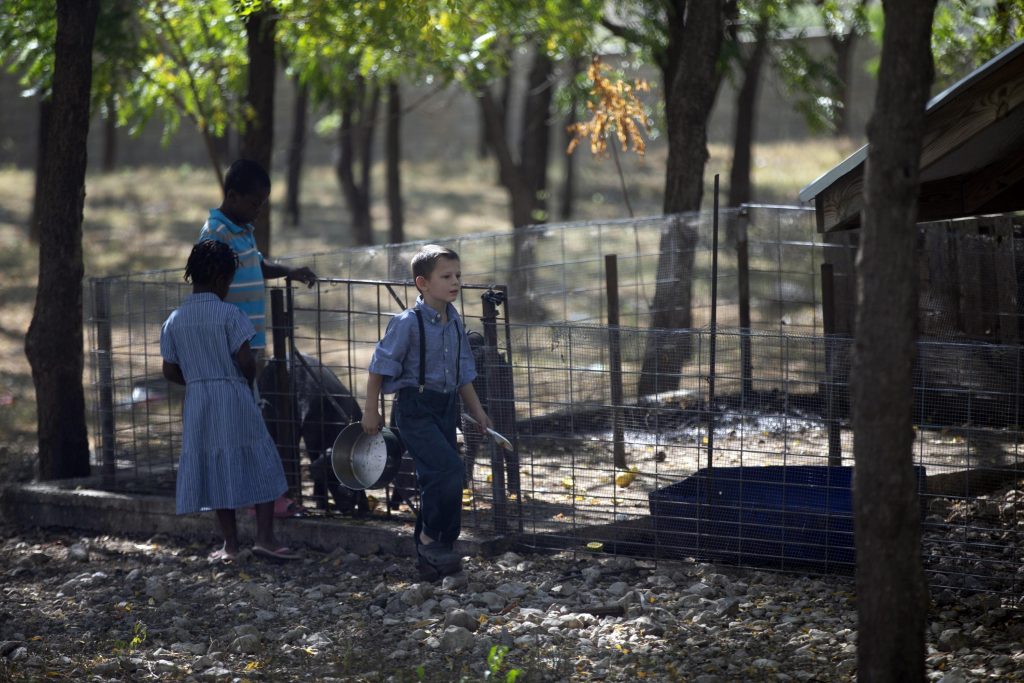 A year after 17 American missionaries were kidnapped in Haiti, beginning a two-month odyssey until they were released, the organization they worked for no longer has permanent envoys in the country and other international organizations have also reduced their presence.

That kidnapping reflected Haiti’s growing insecurity, which has worsened in the past year, as Haitian leaders called for the deployment of international forces to contain the activities of criminal gangs and the protests that paralyze the nation.

The group of missionaries, including five minors, was kidnapped on October 16, 2021, while returning from a visit to an orphanage supported by the Christian Aid Minsteries (CAM) organization.

It was the largest kidnapping of its kind in recent years, though there have been hundreds of kidnappings of Haitians that generated little international stir.

The kidnappers belonged to the feared 400 Mawzo gang and demanded a ransom of $1 million for each kidnapped, according to the ministry. Two people were released for medical reasons and someone, not the ministry, paid an unspecified ransom for three others, after which the remaining 12 were released in what was described as a night break.

The saga came just months after the president’s assassination and an earthquake that killed or injured thousands of people.

Basic supplies such as water and gasoline are currently in short supply, ever since a powerful gang took control of the main fuel terminal in the capital, Port-au-Prince. Protesters block roads to protest fuel prices and closed gas stations and schools.

Some American CAM members have visited Haiti in the past year “to see how things are going as far as possible,” said organization spokesman Weston Showalter. But no date has been set for a permanent return.

“It seems that things are worse than a year ago,” he said, adding that the ministry’s Haitian staff are also affected by the crisis.

“There is no clear path,” said Ales Morse, Church World Service deputy regional director for Latin America. The organization brings together more than 30 Christian congregations in the United States that provide development and disaster relief around the world.

In August, the Service ordered the withdrawal of all foreign personnel and continued to function only with Haitian personnel.

Morse worked in Haiti after the devastating 2011 earthquake and remembers how his faith in God brought many Haitians forward. But things have changed.

“I hear that people have lost hope,” he said. “His faith helped people. Now that doesn’t happen as much.”

Patrick Nelson, a Haitian who is the Service’s main representative in the country, said the kids “want to go to school and study, but schools and universities are closed.”

However, he maintained that people are frustrated but not desperate.

“If people didn’t have faith in God or hope that things could change, they wouldn’t take to the streets calling for reform,” Nelson said in an email.

One of the members of the Service is the Church of the Brethren, which has been working in Haiti for more than 20 years and has 30 congregations in the country. Its headquarters used to be in Croix-des-Bouquets, near Port-au-Prince, but the area is a hotbed of criminal activity, according to Jeffrey Boshart, director of the church’s World Food Initiative.

One of the program’s drivers was kidnapped this year, then released, and his vehicle was stolen, Boshart said, prompting the church to suspend all activities in and around Port-au-Prince. It maintains some programs in rural areas, with Haitian personnel.

Boshart said the church cut back a lot on a mobile clinic program because several of the Haitian doctors who were helping left for the United States.

Catholic Aid Services (SAC) has more than 200 employees in the country, almost all Haitians, who work remotely. Several educational and health initiatives are suspended.

“Roads are blocked and you can’t go to the office,” said Akim Kikonda, SAC’s representative in Haiti. “There is no gasoline and often the internet in the offices does not work.”

“You can imagine the frustration when you see that there is more need than ever and you can’t do anything to help,” Kikonda said.

“Haiti has been on the brink of the precipice many times and managed to bounce back,” Kikonda said. “But this time there is a very difficult situation. I hope there is light at the end of the tunnel, although for now I don’t see it.

A new book published by CAM, “Kidnapped in Haiti” by Katrina Hoover Lee, reveals that the organization had a policy of not paying ransoms, but that its board members were not as committed to that. policy at the outbreak of the crisis.

The ministry finally decided to offer humanitarian aid to the kidnappers, which was rejected. So he reluctantly accepted the offer of third parties to pay a ransom.

Showalter assures that CAM “does not have details about who they were or how much they paid.”

The ransom was paid in December and they were told that all the hostages would be released. But internal fights between the kidnappers led to the release of only three initially.

The remaining hostages chose to try to escape. They managed to open a locked door and escaped at midnight on December 16, after which they walked several kilometers to safety.

Associated Press religious coverage is supported through an HPD partnership with The Conversation US, with funding from the Lilly Endowment Inc. The HPD is solely responsible for content.