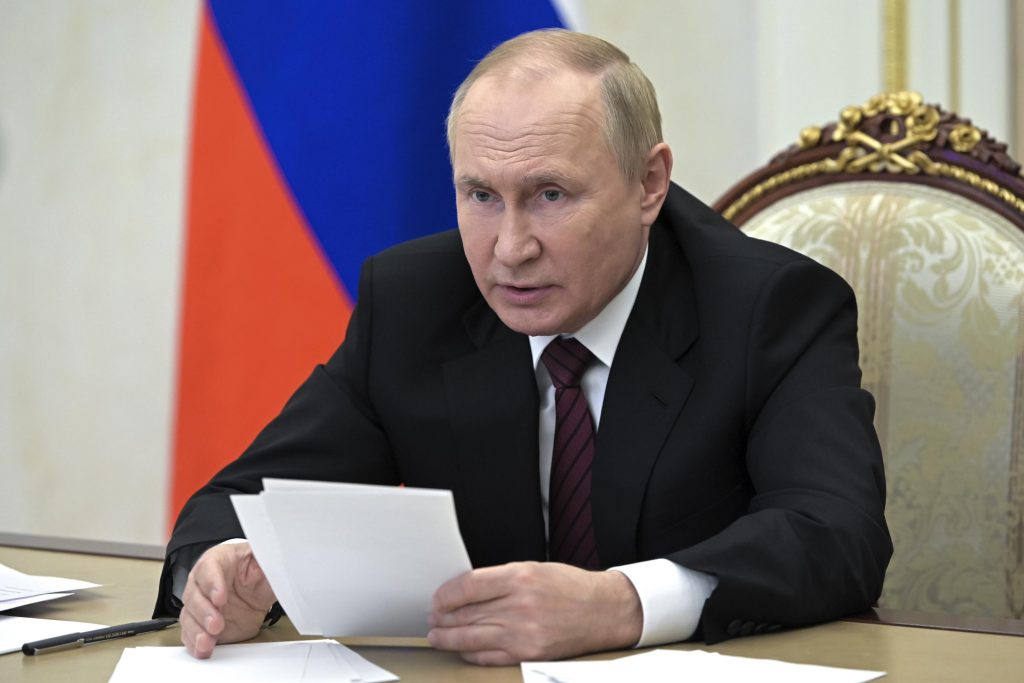 kyiv, Ukraine (HPD) — Russian President Vladimir Putin urged his government Tuesday to cut red tape to produce enough weapons and supplies to fuel the war in Ukraine, where a Western-armed Ukrainian counteroffensive has pushed back to the Russian forces.

Meanwhile, Ukrainian authorities have asked their expatriate citizens not to return home because it would put more pressure on the country’s energy infrastructure, while Western countries debate how to rebuild Ukraine after the war ends.

The shortcomings of the Russian army throughout the eight months of war have been so pronounced that Putin had to create a body to try to solve them. On Tuesday he chaired a new committee aimed at speeding up the production and delivery of weapons and supplies to Russian soldiers, stressing the need to “buy time in all areas.”

Russian media reports have acknowledged that many of those called up for Putin’s mobilization of reservists have not received basic equipment, such as first aid kits and armored vests, and have had to procure it themselves.

Other reports indicate that Russian soldiers are increasingly forced to use old and sometimes unreliable equipment, and that some of the newly mobilized troops are brought to the front lines with little training. Last week, Putin tried to show that everything was going smoothly when he visited a training camp in Russia where he was shown well-equipped soldiers.

According to Britain’s Defense Ministry, Russia is likely to use large numbers of drones to try to penetrate Ukrainian air defenses and replace Russian-made long-range precision weapons that are in increasingly short supply.

“(Russia’s) artillery ammunition is running out,” notes the British report on Tuesday.

For its part, the Washington-based Institute for the Study of War added that “the slower pace of Russian air, missile and drone strikes possibly reflects reduced missile and drone arsenals, and the limited effectiveness of their attacks in achieving Russian strategic military objectives.

The Russian army has managed to cause serious damage and casualties, and has ruined houses, public buildings and the power grid in Ukraine. The World Bank calculates that the damage to Ukraine so far totals 350,000 million euros.

The most recent Russian attacks have focused primarily on Ukraine’s energy facilities, particularly power generation and transmission facilities. The lack of light is such that Ukraine’s Deputy Prime Minister Irina Vereshchuk on Tuesday asked citizens living abroad not to return to the country this winter to avoid increasing pressure on the power grid.

“We need to survive the winter but, unfortunately, the (electric) networks will not survive,” he told Ukrainian television. “We understand that the situation is only going to get worse, and this winter we need to survive.”

In Berlin, European Union leaders convened experts to work on a “new Marshall Plan” for Ukraine’s reconstruction, a reference to the US-backed project that helped revive Western European economies after World War II.

German Chancellor Olaf Scholz said the meeting addresses “how to ensure and how to sustain financing for the recovery, reconstruction and modernization of Ukraine for the coming decades.”