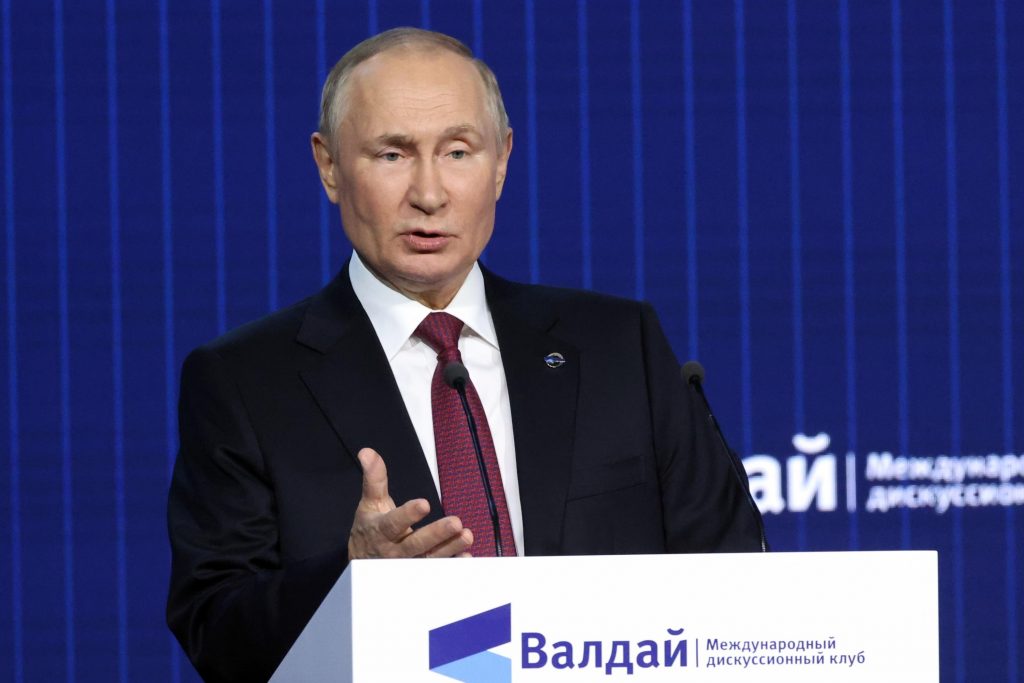 MOSCOW (HPD) — Russian President Vladimir Putin denied Thursday that he intends to resort to nuclear weapons in Ukraine, but described the conflict there as part of what he says are the West’s efforts to secure its global dominance. he insisted that they are doomed to fail.

Speaking at a conference of international policy experts, Putin said it makes no sense for Russia to attack Ukraine with nuclear weapons. “We don’t see the need for that,” he assured. “That makes no sense, neither political nor military.”

In a long speech full of tirades against Washington and other governments, Putin accused the United States and its allies of trying to dictate their terms to other nations in a “dangerous, bloody and dirty” game of domination.

Putin, who ordered his troops to invade Ukraine on February 24, has previously tried to explain away Western backing for Ukraine as part of allegedly broad efforts by Washington and its allies to enforce their style of world order.

He argued that the world has reached a tipping point, where “the West can no longer dictate its will to humanity, but is still trying to do so, and most nations no longer want to tolerate it.”

According to the Russian president, Western policies will only foster more chaos, adding that “he who sows wind will reap storms.”

Putin declared that “humanity now faces a choice: accumulate a burden of problems that will inevitably crush us all, or try to find solutions that may not be ideal, but work and could make the world more stable and secure.”

Putin said that Russia is not the enemy of the West, but that he will continue to oppose what he called the dictate of Western neoliberal elites, accusing them of trying to subjugate Russia.

“His goal is to make Russia more vulnerable and to make it an instrument to fulfill his geopolitical tasks. They have not succeeded and they will never succeed,” Putin said.

Putin insisted on his age-old claim that Russians and Ukrainians are part of one people. Again, he denigrated Ukraine as an “artificial state”, which during Soviet times received from the communist rulers lands that have been historically Russian.