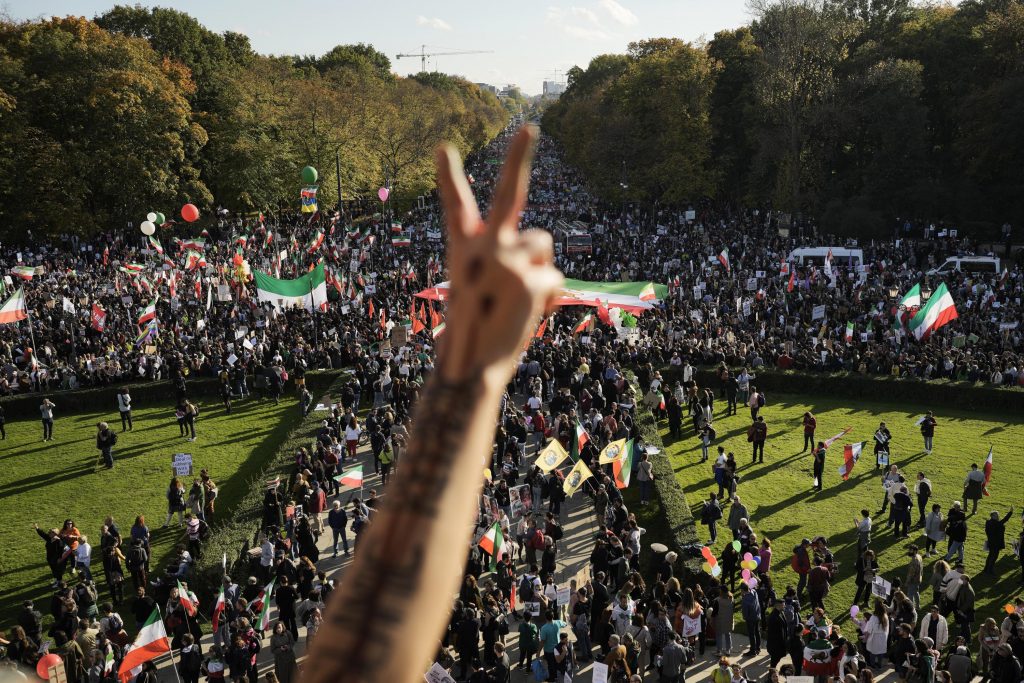 WASHINGTON (HPD) — Raucous crowds marched through the streets of Berlin, Los Angeles and Washington DC on Saturday in a show of international support for protesters facing a violent government crackdown in Iran following the death of 22-year-old Mahsa Amini when he was in the custody of the country’s moral police.

At the National Mall monument complex, thousands of women and men of all ages wore green, white and red garments of Iran’s flag as they chanted slogans. “Fear. Fear. We are one in this,” protesters shouted before heading to the White House. “Say his name! Mahsa!”

The demonstrations, organized by independent groups in the United States, drew Iranians from across the Washington DC area, with some coming from Toronto to join the protest.

In Los Angeles, home to the largest Iranian community outside of Iran, a crowd staged a procession inching its way down the blocks of a closed downtown street.

The participants shouted for the fall of the government of Iran and waved hundreds of Iranian flags that turned the horizon into an undulating wave of green, white and red.

“We want freedom,” the crowd shouted.

Shooka Scharm, a lawyer who was born in the United States after her parents fled the Iranian revolution, wore a T-shirt with the slogan “Women, Life, Freedom” in English and Persian.

In Iran “women are second-class citizens and they are fed up,” Scharm said.

Demonstrations in Iran have now become the biggest challenge to the Islamic Republic since the 2009 Green Movement emerged after controversial elections.

Tehran was once again the scene of anti-government protests at various universities on Saturday.

In Berlin, a crowd estimated by German police to be in the tens of thousands took to the streets in solidarity with the women and activists who have led the mobilizations in recent weeks in Iran.

The protest in the German capital, organized by the Women’s Collective (asterisk) Vida Libertad, began at the Victory Column in Berlin’s Tiergarten park and moved through the center of the capital.

Some protesters said they came from various parts of Germany and other European countries in a show of solidarity.