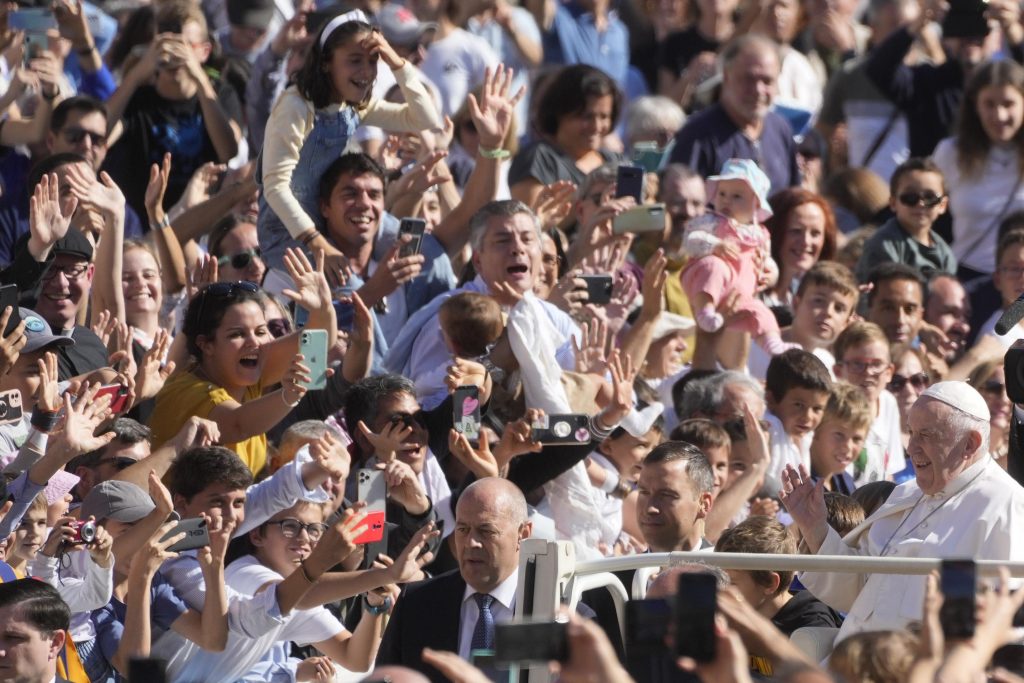 VATICAN CITY (HPD) — Pope Francis on Saturday urged members of a major Catholic lay movement to remain enthusiastic, a year after Vatican reforms imposed controls on the leadership of those organizations.

In St. Peter’s Square, Francis spoke to thousands of members of Communion and Liberation, a lay organization present in some 90 countries. The group is particularly active in Italy and seeks political influence.

Last year, the Vatican took steps to better regulate religious movements for the faithful who are not part of the clergy, mandating term limits for their leaders. The action forced the departure of a Spanish priest, Julián Carrón, who had led Communion and Liberation since 2005.

A few months ago, the head of the Vatican’s office for the laity complained that Carrón continued to exert influence against Vatican reforms.

At an audience on Saturday, members of the organization cheered the pope, who remembered the centenary of the birth of the founder, the late Reverend Luigi Guissani.

The pope also thanked Carrón for “his service guiding the movement” in the years that followed Guissani’s death. Even so, the pontiff said, there have been “serious problems, divisions and certainly an impoverishment in the presence of an ecclesial movement as important as Communion and Liberation, for which the church, and I, hope to have more, much more.” .

He told the members not to be discouraged. “The crisis stimulates growth,” Francis said.

With the 2021 reform, the Vatican office for the laity combated the loosely regulated world of international associations of the faithful after reports of some cases of abuse of authority and poor governance.