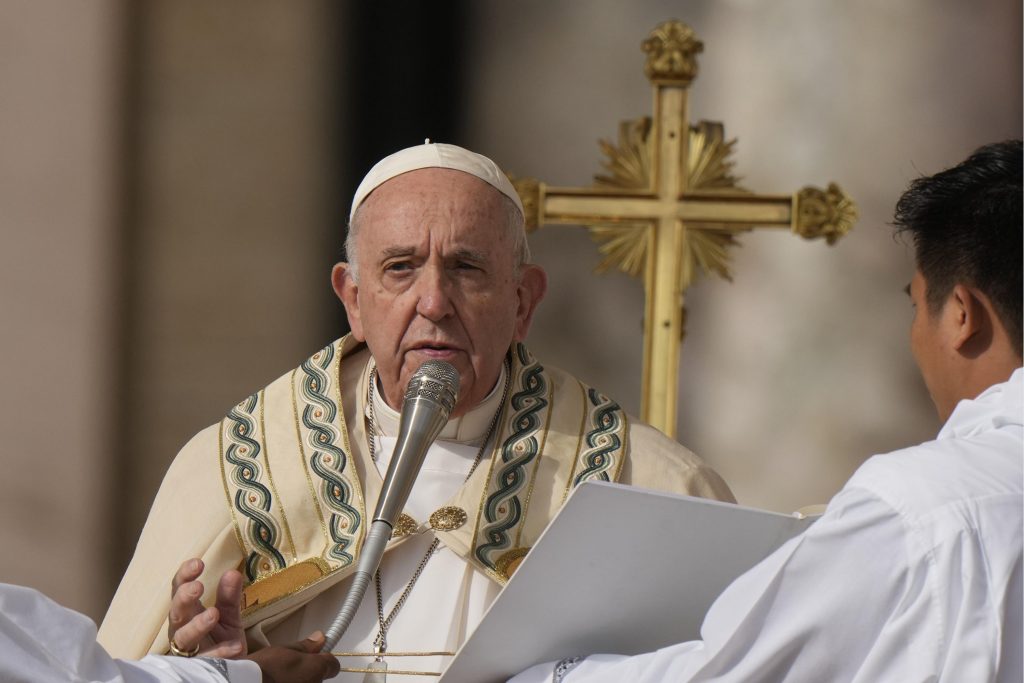 VATICAN CITY (HPD) — Pope Francis on Sunday lashed out at Europe’s indifference to migrants who risk their lives to cross the Mediterranean Sea, canonizing an Italian bishop and missionary whose work and life stories illustrate the difficulties those faced by Italian migrants in the 19th century.

Francis brushed aside the previously prepared speech to lash out at Europe’s treatment of migrants, calling their exclusion “disgusting, sinful and criminal.” He said people from outside the continent are often left to die during dangerous sea voyages or sent back to Libya, where they end up in camps he referred to as “lager,” a German word for lagers. Nazi concentration camps.

He also spoke about the situation of Ukrainians fleeing the war and asked that the tormented Ukraine not be forgotten.

“The exclusion of migrants is scandalous,” Francis said, drawing applause from the faithful gathered in St. Peter’s Square for the canonizations of Don Giovanni Battista Scalabrini, an Italian bishop who founded an order to help Italian migrants in 1887. and Artdime Zatti, an Italian who emigrated to Argentina in 1897 and dedicated his life as a lay worker to helping the sick.

“The exclusion of migrants is criminal, it makes them die before us. And so, today we have the Mediterranean, which is the largest cemetery in the world. The exclusion of immigrants is disgusting, it is sinful, it is criminal. Do not open the doors to those in need… ‘No, we do not exclude them: we send them far away’, to the lagers, where they are exploited and sold as slaves”, Francis asserted.

He urged the faithful to reflect on the treatment of migrants, saying: And those who can enter, do we receive them as brothers or do we exploit them? He dropped the question.”

The pontiff said the two new saints “remind us of the importance of walking together.”

Francis said that Scalabrini showed a “great vision” in looking forward, “towards a world and a Church without barriers, without foreigners.” And the pope said Zatti was “a living example of gratitude” who dedicated his life to helping others after being cured of tuberculosis.

The pope, who is the son of Italian parents who migrated to Argentina, recalled being inspired by Zatti’s life when he was provincial superior of the Jesuits in Argentina, saying the number of entries in the order increased after he prayed for her intercession. .

Barry reported in Milan. Francesco Sportelli in Rome and Gianfranco Stara in Vatican City contributed to this report.