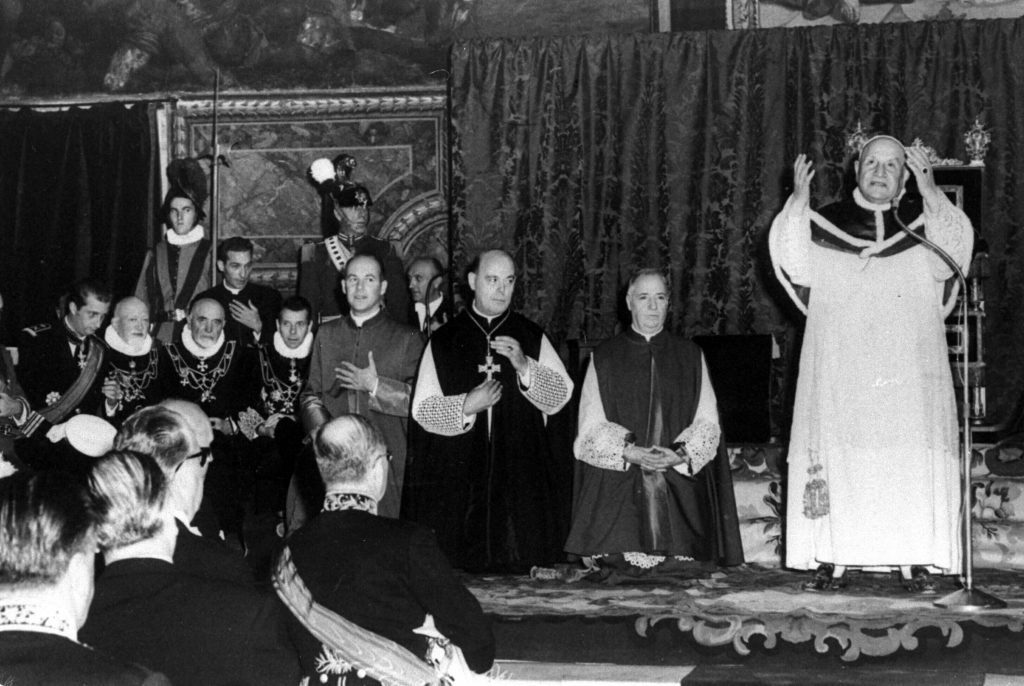 ROME (HPD) — Pope Francis marks Tuesday the 60th anniversary of the opening of the Second Vatican Council — the historic meeting that brought the 2,000-year-old Catholic Church into the modern age — amid ongoing disagreements over the teachings of the council that divide believers today.

Francis will celebrate a mass in honor of Saint John XXIII, who called the meeting and presided over its opening session. Tuesday’s commemoration will begin with a reading of Juan’s inaugural address and end with a re-enactment of the candlelight procession that lit up St. Peter’s Square on the night of October 11, 1962.

That night, the so-called “good pope” walked to the window of the Apostolic Palace and delivered his famous “moonlight address” to the thousands gathered below. While pre-Vatican II popes used to speak in formal terms, John surprised the crowd with an impromptu pastoral address in which he exhorted the faithful to go home to their children and give them a hug, saying “this is the caress of the dad”.

The council would last another three years and would outlive Juan, who died in 1963 of stomach cancer.

However, when it ended, the council participants agreed to important changes in the life of the Church, such as allowing Mass to be celebrated in local languages ​​instead of Latin and strengthening the role of the laity in the daily life of the organization. The council also encouraged efforts to improve relations among Christians and revolutionized the Church’s relations with Jews, including removing the phrase “perfidious Jews” from the liturgy.

Francis, 85, is the first pope ordained after the council, and his priorities are heavily inspired by it.

“Above all peace, above all the poor Church,” Vatican II historian Alberto Melloni told The Associated Press of Francis.