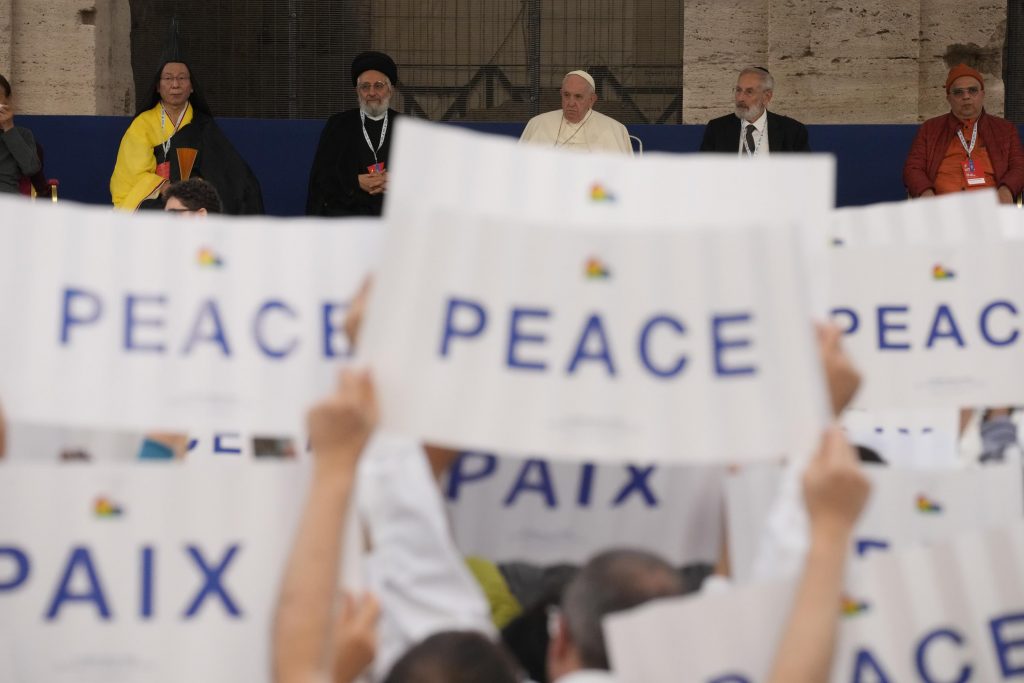 ROME (HPD) — Pope Francis and other religious leaders meeting in Rome are calling for peace and an end to the “nuclear nightmare,” as fears mount that nuclear weapons could be used in Russia’s war against Ukraine.

The ceremony held in the Roman Coliseum was the culmination of a conference on promoting world peace. The Community of Sant’Egidio, a Catholic charity closely linked to the Vatican, organized the three-day event in the Italian capital.

In his remarks to participants, Francis noted that Pope John XXIII urged government leaders exactly 60 years ago, during the Cuban missile crisis between the United States and Russia, to prevent the world from suffering a nuclear holocaust.

“Today peace is seriously violated, wounded, trampled: and this in Europe, that is, in the continent that experienced the tragedies of the two world wars of the last century,” lamented the pope.

“Today, in fact, something we feared and hoped we would never hear about again is directly threatened: the use of atomic weapons, which even after Hiroshima and Nagasaki continued to be wrongly produced and tested,” Francis said, referring to the American atomic bombing of the two Japanese cities in the last days of World War II in the Pacific.

At various points in the war in Ukraine, President Vladimir Putin and other Russian officials have alluded to the possibility of using nuclear weapons to protect Russian territory, including annexed areas.

Despite wars in too many parts of the world these days, he said, “the call for peace cannot be suppressed. It arises from the hearts of mothers, it is written on the faces of refugees, families fleeing, the wounded or the dying,” Francis said.