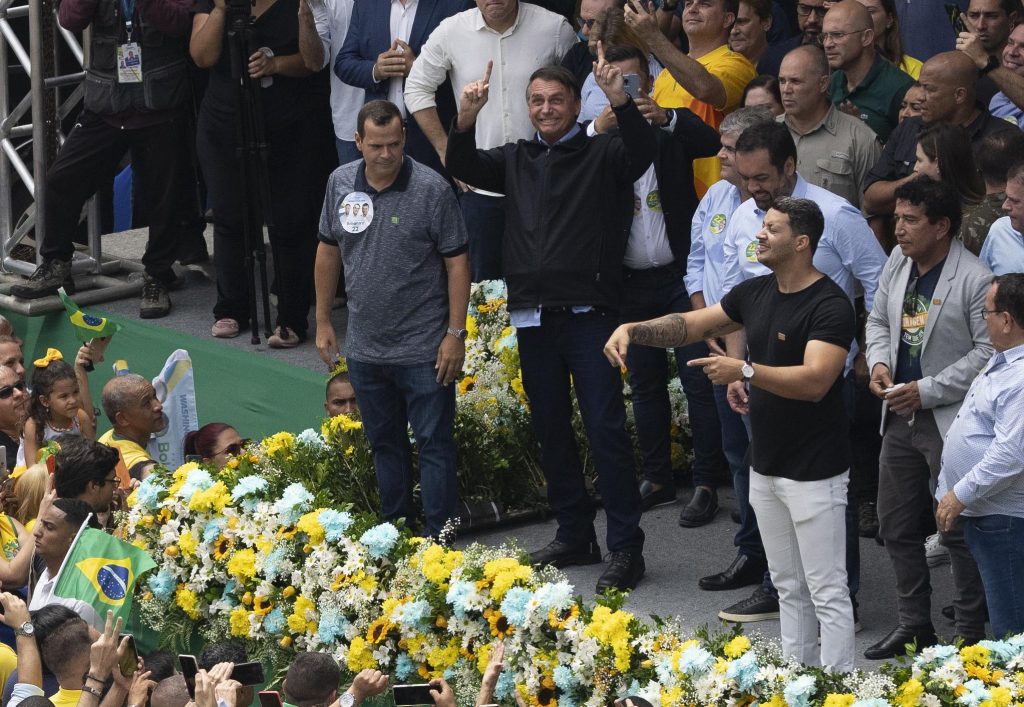 BRASILIA (HPD) — Brazilian polling firms face the threat of sanctions after their polls for the first round of elections significantly underestimated support for the president and his allies.

The Justice Ministry has called for an investigation by the Federal Police, while the antitrust watchdog launched an investigation on Thursday into whether pollsters formed a cartel to manipulate election results. His allies in Congress are pushing several bills, one of which would establish prison sentences for pollsters who fail to predict results accurately.

Several analysts consulted by The Associated Press, including those who said the polls have room to improve, criticized these plans.

“The main objective is not to improve electoral polls, but to persecute and punish the institutes,” said Alberto Almeida, who heads the Brasilis political research institute. “There were mistakes, but voting on a bill, doing an investigation in Congress, is a shame. Wanting to penalize this makes no sense.”

Before the October 2 vote, many polls indicated that Bolsonaro was far behind former President Luiz Inácio Lula da Silva. Some even indicated that Lula could get a victory in the first round. Most showed a difference approaching or exceeding double digits.

But Bolsonaro was five points behind Lula and the two will meet again in a second round on October 30. Bolsonaro’s right-wing allies in congressional and gubernatorial elections also fared better than the polls indicated.

During election campaigns, Bolsonaro and his supporters mocked the polls, pointing to the president’s packed rallies. Those, they said, represented his true support.

After the elections, the results were taken as evidence and a spate of attacks ensued.

Justice Minister Anderson Torres asked the National Police to investigate the pollsters. On October 4, he wrote that the conduct of those companies seemed to indicate a criminal practice, although he did not specify what law they might have broken.

The police opened their investigation on Thursday, as well as the antitrust entity. But Federal Supreme Court Judge Alexandre de Moraes, who also oversees the electoral court, blocked both investigations on the same day.

“These investigations seem to demonstrate the intention to satisfy (Bolsonaro’s) electoral will,” De Moraes wrote in his ruling.

For his part, a pro-government senator asked the Senate to investigate which institutes operate “outside tolerable margins.”

And Bolsonaro’s caucus in the lower house presented a bill to penalize polls conducted within 15 days prior to the elections whose results differ considerably from those of the polls.

The proposal to sanction erroneous polls goes far beyond previous attempts in Brazil’s Congress to simply ban polls in the run-up to elections so they cannot sway voters.

A bill of this kind was passed in the lower house last year, but was not taken up by the senate.

In contrast, it is legal to publish polls in Greece and the UK up to a day before the vote.

In the United States, there are no restrictions, although most media outlets that sponsor polls on election day, including the HPD, voluntarily reserve the publication of information that could anticipate the result in each state until the polls close.

Brazilian laws currently prohibit the publication of a fraudulent survey, but do not clarify how to determine that a fraud has occurred, leaving room for interpretation, said constitutional law expert Vera Chemin, so the nation should debate a reform of that legislation.

“But this must be done calmly and impartially, which is not happening now,” he said, adding that the proposal to sanction pollsters is “too extreme.”

Under the terms of the law, survey directors and coordinators, as well as clients who commission an erroneous survey, could face between four and 10 years in prison and fines.

The promoter of the bill, deputy Ricardo Barros, indicated in an interview that he faces resistance from other legislators, but described the measure as an alternative to the prohibition of polls before the elections, something that the Supreme Court had declared unconstitutional. .

“I would prefer to ban the polls, but since we cannot do the same as other countries, the pollsters need adequate techniques so that the results converge with what we see in the vote,” he said.

The Brazilian pollsters association expressed its “outrage” at attempts to take legal action against them. He assured that the country’s surveys are “diagnoses, not projections” and that they follow international standards.

Political analyst Eduardo Grin, from the Getulio Vargas Foundation, a Sao Paulo university and think tank, criticized the fact that Barros’s bill does not establish malicious conduct as necessary for the sanction, and said that it reflects Bolsonaro’s attempt to put put public opinion to the test with measures that limit society’s access to information.

Hardly a campaign day goes by without the results of a new poll. This year’s first round had no less than 975 polls on the presidential candidates, 92% more than in 2018, according to Daniel Marcelino, a data analyst for the Jota news site that counted the polls registered with the electoral authority.

It is not clear why many polls were wrong about support for Bolsonaro.

Analysts have claimed that respondents who said they favored other candidates appeared to lean toward Bolsonaro at the last moment.

Some indicated that so-called “shy voters” had been embarrassed to reveal their support for Bolsonaro. Others noted that outdated census data had harmed survey design.

Adriano Oliveira, director of Intelligence Scenario, a pollster based in Pernambuco state, said many polls frame questions in ways that skew the results.

He said they should first ask if respondents have selected a candidate to avoid pressing for an answer that is not indicative of their eventual vote. He also commented that the media tend to present and broadcast the results as if the voting intentions were not subject to change.

However, he said, “this crusade against research institutes is absurd. After all, it is a company that operates according to the free market. People decide which institute has more credibility.”