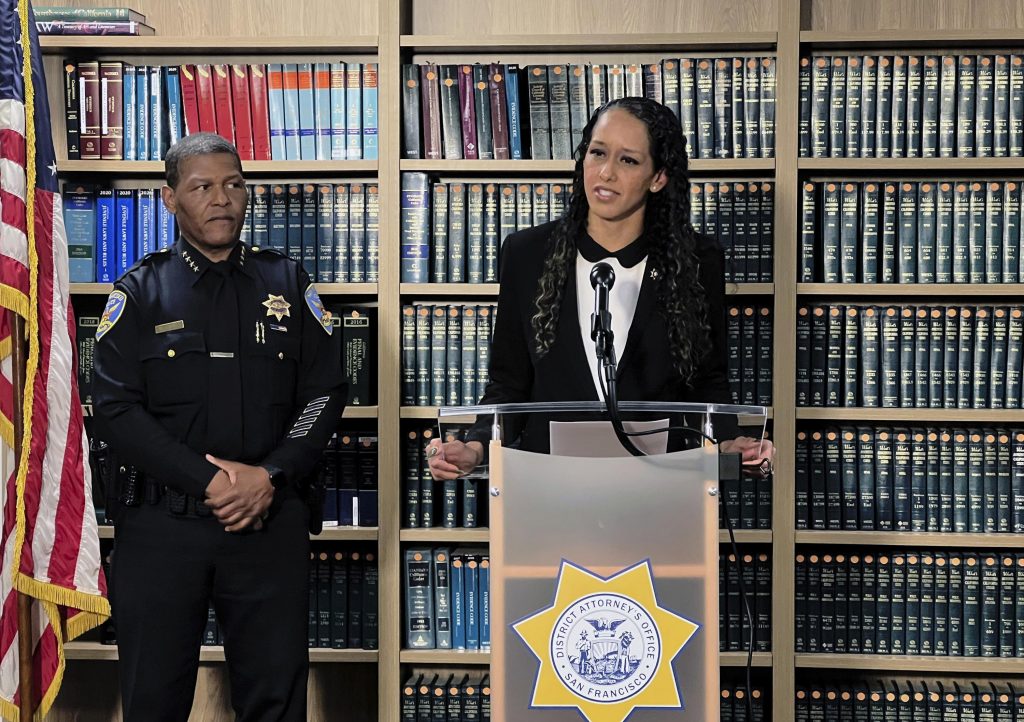 SAN FRANCISCO (HPD) — The man accused of attacking House Speaker Nancy Pelosi’s husband with a hammer told police he wanted to take the Democratic lawmaker hostage and “break her knees” to show them other members of Congress that “actions have consequences,” officials said Monday.

In a chilling federal complaint, authorities say David DePape, 42, broke into the couple’s San Francisco residence early Friday carrying nylon zip ties, duct tape and a rope inside a backpack, climbed into the second floor where Paul Pelosi, 82, slept, and demanded to speak to “Nancy.”

“This house and the president herself were specifically targeted,” San Francisco District Attorney Brooke Jenkins said during a news conference to announce the state charges against DePape, including attempted murder.

“This was politically motivated,” said Jenkins, who implored the public to “watch the words we say and turn down the volume on our political rhetoric.”

Investigators believe DePape had been doing research in advance to attack Pelosi, Jenkins said in an interview with The Associated Press.

“This was not something he did in the heat of the moment,” he stressed.

In a statement released Monday night, Nancy Pelosi said her family was “extremely grateful” for the “thousands of messages expressing concern, prayers and best wishes.” After the attack her husband underwent surgery for a skull fracture and other injuries. She said he is “steadily making progress in what is going to be a long process of recovery.”

The stark narrative put forth by state and federal prosecutors contrasts with the taunts and conspiracy theories being propagated by figures on the far right and even some top Republicans less than a week before the midterm elections. A record number of security threats to legislators and election officials have been reported this year.

In addition to the state charges, DePape was also charged Monday in federal court with influencing, hindering or retaliating against a federal official by threatening or injuring a family member. He also faces a charge of attempted kidnapping of a federal official for his official duties.

The name of an attorney representing DePape has not been released. State arraignment is scheduled for Tuesday, and prosecutors will request that he remain jailed without bail.

Authorities say DePape used a hammer to break a glass door at the back of the house, went upstairs to the second-floor bedroom and ordered a shocked Paul Pelosi to wake up.

When Paul Pelosi told the intruder that his wife wasn’t home, DePape said he would wait, even though he was told she wouldn’t be back for several days. It was then that the attacker began to remove the ties to tie Pelosi, according to the complaint.

DePape told police he wanted to talk to the lawmaker and considered her “the leader of the Democratic Party’s pack of lies,” according to the eight-page complaint.

“If she had told DePape the ‘truth,’ he would have let her go, and if she ‘lie,’ he was going to break her knees,” according to the complaint.

“By breaking Nancy’s knees, then she would have had to get to Congress in a wheelchair, which would show other members of Congress that actions have consequences,” DePape told investigators, according to the complaint.

Mascaro reported from Washington and Dazio from Los Angeles.