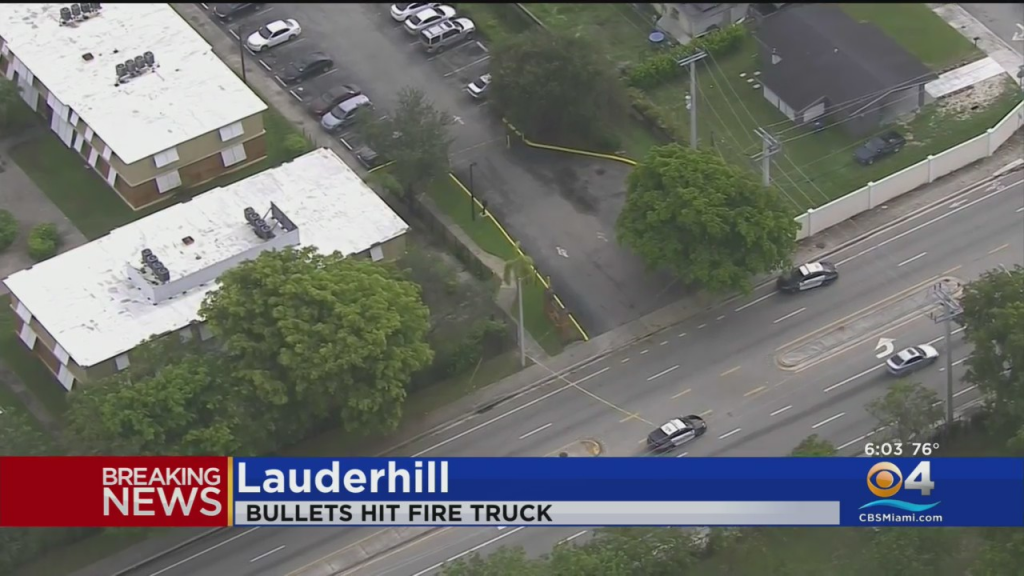 Lauderhill Fla – Detectives have apprehended a man who they say shot up a Lauderhill Fire Department van last week.

The shooting occurred as three medics and first responders were traveling west on the 3100 block of Northwest 19th Street.

According to the suspect’s arrest warrant, the shots damaged the truck’s radiator, but the victims were not injured in the shooting.

Lauderhill police said Jermaine Shennett, 41, is facing one count of aggravated assault with a firearm on an emergency medical care provider.

He was arrested on Monday.

According to Shennett’s arrest warrant, he fired six to seven times at the truck with a small black handgun.

The arrest warrant includes a photo of a man police say is Shennett standing on the sidewalk outside the Lauderhill Point Apartments.

Police say he sat on the bike outside the complex before riding it west on Northwest 19th Street, where the shooting took place.

Police also obtained surveillance footage of the shooting. The motive of the attacker is still unknown.

The case remains active and anyone with more information is asked to contact the Lauderhill Police Department at 954-497-4700 or Broward County Crime Stoppers at 954-493-8477 (TIPS). Lauderhill shooting surveillance image. (WPLG)