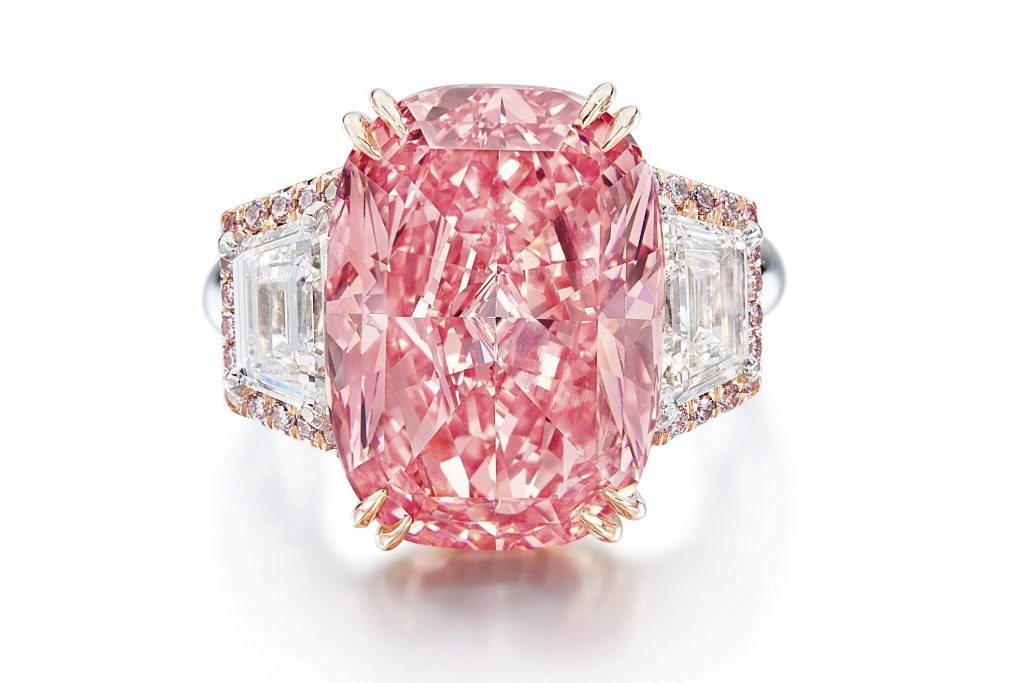 HONG KONG (HPD) — A pink diamond sold for $49.9 million in Hong Kong on Friday, setting a world record for the highest price per carat of a diamond sold at auction.

The 11.15-carat Williamson Pink Star diamond, auctioned by Hong Kong’s Sotheby’s, sold for HK$392 million (US$49.9 million). It was originally estimated that it would sell for $21 million.

The Williamson Pink Star gets its name from two legendary pink diamonds. The first is the 23.60-carat Williamson diamond that was given to the late Queen Elizabeth II of England as a wedding present in 1947, while the second is the 59.60-carat Pink Star diamond, which sold for a record $71.2 million at auction in 2017.

The Williamson Pink Star is the second largest pink diamond to be auctioned. Pink diamonds are among the rarest and most valuable of the colored diamonds.

“This is an amazing result, showing how major diamonds hold their value in a shaky economy,” said Tobias Kormind, managing director of 77 Diamonds.

“Hard assets like world-class diamonds have a history of performing well in times of instability,” he noted. “The price of some of the highest quality diamonds in the world has doubled in the last 10 years.”