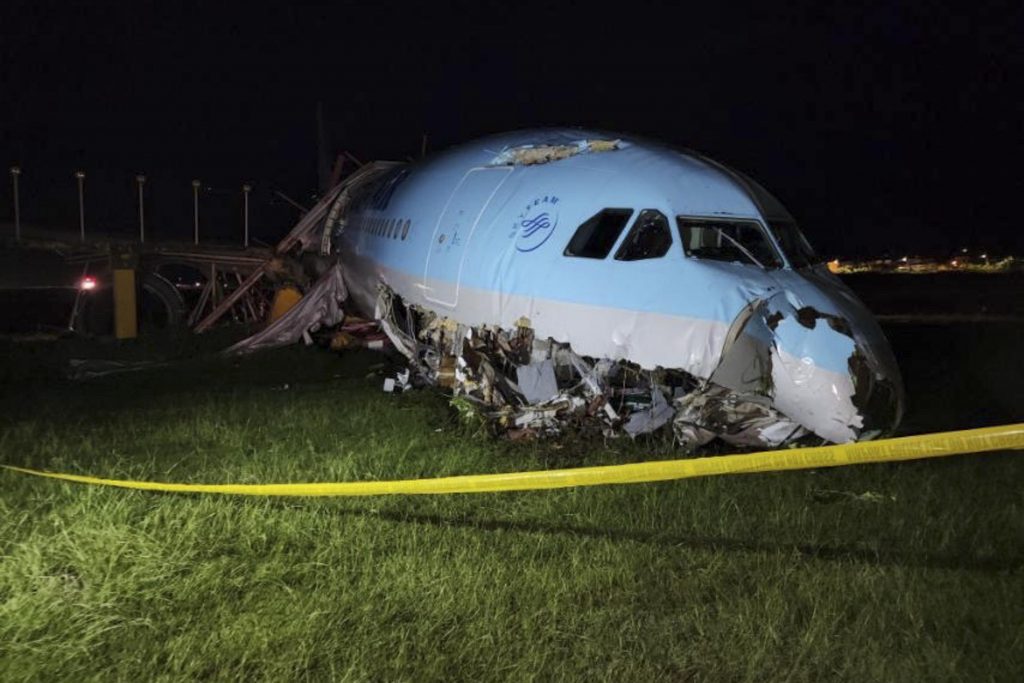 MANILA, Philippines (HPD) — A Korean Air plane skidded off the runway during a rough landing in the central Philippines Sunday night, but authorities said all 173 people on board were uninjured.

The airport on Mactan Island in Cebu province has shut down operations indefinitely due to the mishap, the Philippine Civil Aviation Authority said.

The agency released photographs showing that the lower part of the aircraft was seriously damaged. Neither the airline nor the agency gave details of the damage.

“All passengers are safe and receiving care from ground staff,” the agency said in a statement.

The Airbus A330 from the city of Incheon, South Korea, attempted to land twice before skidding off the runway on its third attempt, Korean Air Lines Co. said in a statement.

The airline said that all passengers evacuated through the emergency slides, and indicated that it is trying to determine the cause of the accident.

At least four other flights were diverted to Manila and a nearby airport, the Philippine Civil Aviation Authority said.