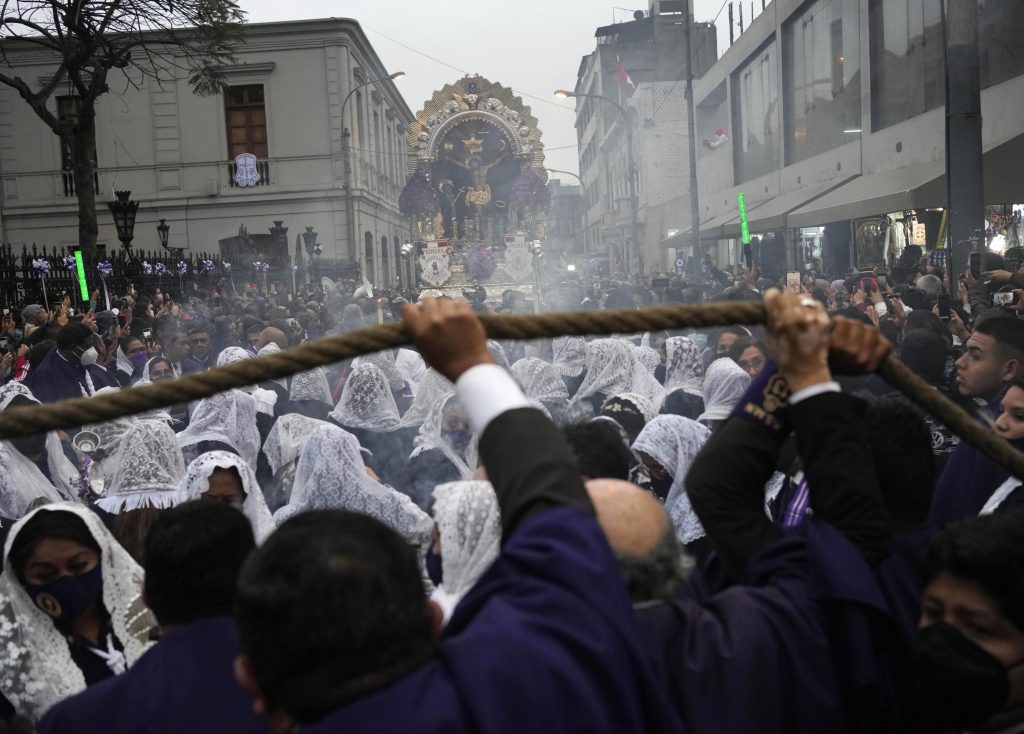 LIMA (HPD) — Thousands of faithful took to the streets of the historic center of Lima on Tuesday during the most popular Catholic procession in Peru, which was reactivated after two years of absence due to its cancellation to prevent the spread of the coronavirus, which killed to more than 214,000 nationwide.

On the litter of the Lord of Miracles, 300 white cords were hung that belonged to the same number of members of the brotherhood who died during the two years of the pandemic, the archbishopric of Lima confirmed to The Associated Press.

“In the midst of the pandemic, the Lord always lived and suffered with us… and, for this reason, we also have hope, not only in the final reunion, but in the resurrection of all”, highlighted the Archbishop of Lima, Carlos Castillo.

The suspension of the procession in 2020 and 2021 follows another in 1882 during a war against Chile that ruined the country’s economy amid political chaos, according to historians.

The Lord of Miracles —a Christ with African features and protector against earthquakes, painted by a slave in the 17th century— is the most recognized Catholic painting in the Peruvian capital.

The image placed on a one-ton scaffold was also associated with protection in times of crisis and in the coming days it is scheduled to reach the capital’s hospitals where the sick implore it to improve their deteriorated health.

The departure of the Lord of Miracles caused, as in the past, the collapse of traffic in the capital in the middle of a procession that usually attracts more people than a soccer game, a political event or a concert by a famous singer.

The month of October is known in Lima as the “month of miracles” and also as the “purple month” due to the color of the habits worn by the faithful of the image that flood the capital.

On the days of the procession, hundreds of street vendors sell a flour sweet called “Doña Pepa’s Nougat”, created three centuries ago by a slave cook in gratitude to Christ.

The coronavirus caused more than 214,000 deaths and evidenced, according to experts, the collapse of the health system in a country where patients wait even for months for medical attention.