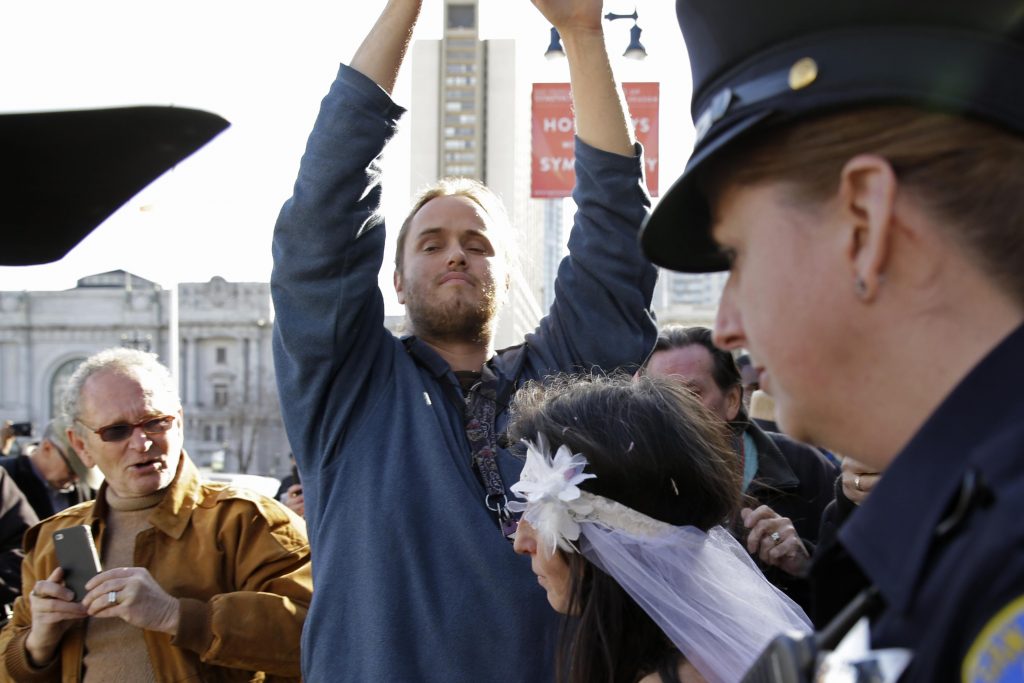 The man accused of breaking into the home of US House Speaker Nancy Pelosi in California and hitting the lawmaker’s husband with a hammer reportedly posted racist and often incoherent messages online calling into question the results of the 2020 presidential election, defended former president Donald Trump and shared the conspiracy theories of the QAnon movement.

David DePape, 42, grew up in Powell River, British Columbia, before leaving that city about 20 years ago to follow an older girlfriend to San Francisco. A DePappe address in the Bay Area college town of Berkeley led to a post office box at a UPS store.

DePape was arrested at Pelosi’s home in the early hours of Friday. San Francisco US Attorney Brooke Jenkins said she plans to file several felony charges, including attempted murder, assault with a deadly weapon, burglary and elder abuse.

Gene DePape, David DePape’s stepfather, said his stepson had lived with him in Canada until he was 14 and was a quiet boy.

“David was never violent that I know of and never got into any trouble, even though he was very withdrawn and played a lot of video games,” Gene DePape said.

He indicated that he has not seen his stepson since 2003 and tried several times to establish communication with him for years without success.

“In 2007 I tried to get in touch but his girlfriend hung up on me when I asked to speak to him,” Gene DePape said.

David DePape was known in Berkeley as a nudity activist who participated in nude protests against local ordinances requiring people to wear clothes in public.

Gene DePape said the girlfriend his son followed to California is named Gypsy and they had two children. David DePape also has a son with another woman, according to his stepfather.

Photos published Friday by The San Francisco Chronicle newspaper identified DePape naked outside City Hall along with dozens of other naked people during the 2013 wedding of stripper activist Gypsy Taub, who was marrying another man. Taub did not respond to phone calls or emails on Friday.

An article in The Chronicle in 2013 described David DePape as a “hemp jewelry maker” who lived in a Victorian flat in Berkeley with Taub, who was hosting a local public access television talk show called “Uncensored 9/11,” in which she appeared nude and promoting conspiracy theories that the 2001 terrorist attacks were “a terrorist act committed by the United States.”

An August 24 post titled “Q” featured a scatological collection of memes that included photos of the late sex offender Jeffrey Epstein and made reference to QAnon, the unsubstantiated pro-Trump conspiracy theory espousing the belief that the country is run by a deep state cabal of child sex traffickers, satanic pedophiles, and baby-eating cannibals.