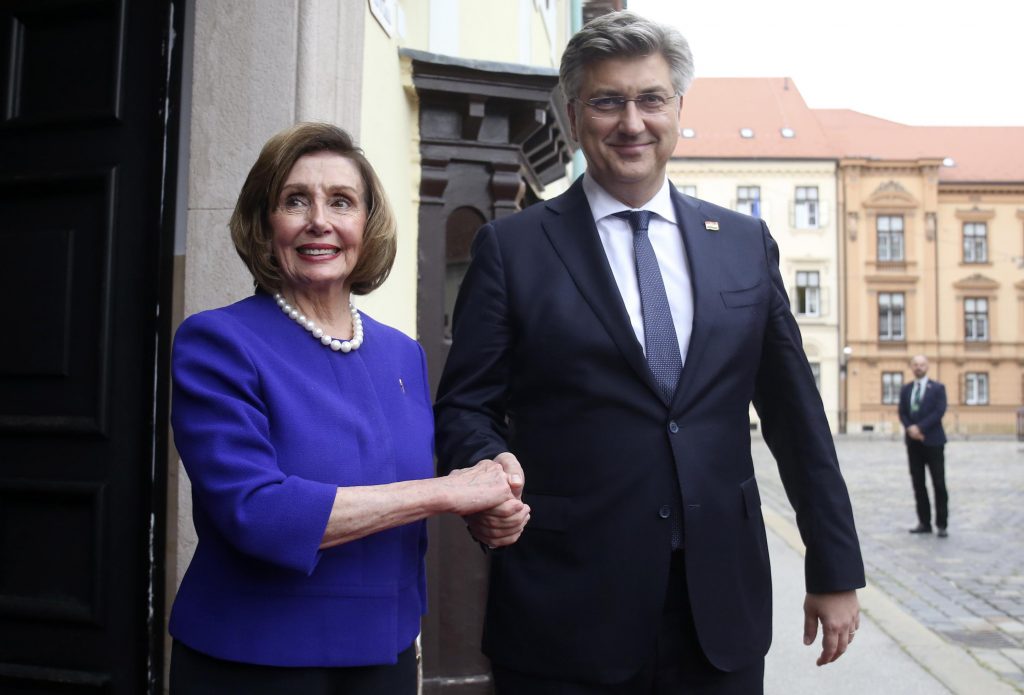 “We’ve been trying to get a nuclear deal with Iran for a while to make the world a safer place, and they go and help the Russians make the world a less safe place,” Pelosi said in Zagreb, Croatia.

The United States and its allies have accused Russia of using Iranian-made drones to attack civilians and power plants in Ukraine. Tehran denies sending them, but the unique triangular-shaped craft have been spotted in Ukraine.

“First of all, we have to counter drones,” Pelosi told a news conference with Croatian Prime Minister Andrej Plenkovic. “It is a dangerous technology and it must be stopped.”

Pelosi is in Croatia to attend an international forum that seeks to support Ukraine’s independence from Russian aggression.