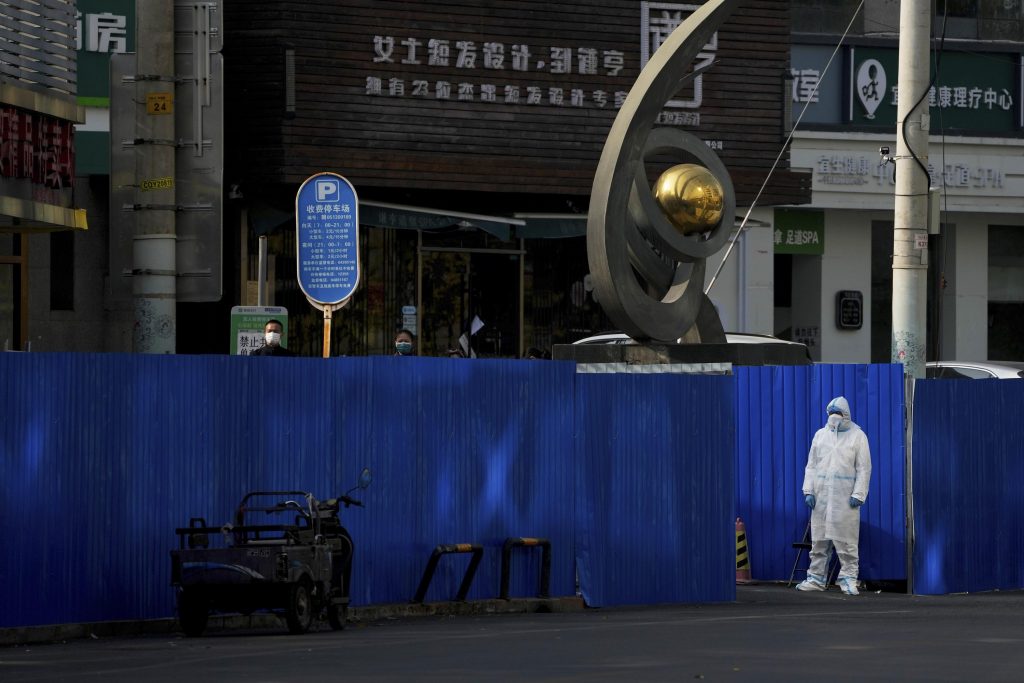 BEIJING (HPD) — Pandemic lockdowns have spread across China, including a city where factory workers clashed with police this week, as the number of COVID-19 cases sets a daily record.

Residents of eight districts of Zhengzhou, home to 6.6 million people, have been ordered to stay at home for five days starting Thursday, except to buy food or receive medical care. Mass testing was ordered daily in what the city government called a “war of annihilation” against the virus.

During clashes on Tuesday and Wednesday, Zhengzhou policemen beat workers protesting a pay dispute at Apple’s biggest iPhone factory, located in an industrial zone near the city.

In the previous 24 hours, the number of new COVID infections increased by 31,444, the National Health Commission reported on Thursday. This is the highest daily number since the coronavirus was first detected in the central Chinese city of Wuhan in late 2019.

The number of daily cases has been constantly increasing. This week, authorities reported the first deaths from COVID-19 in China in the past six months, bringing the total to 5,232.

While case and death numbers are relatively low compared to the United States and other countries, China’s ruling Communist Party remains committed to a “zero COVID” strategy that aims to fully isolate cases and eliminate the virus. completely. Most other governments have ended virus checks and now rely on vaccinations and immunity from past infections to help prevent death and serious illness.

Businesses and residential communities, from the manufacturing hub of Guangzhou in the south to Beijing in the north, are under various forms of lockdowns, measures that particularly affect migrant workers. Residents point out that in many cases the restrictions go beyond what the government allows.

Guangzhou banned access to the Baiyun district of 3.7 million people on Monday, while residents of some areas of Shijiazhuang, a city of 11 million southwest of Beijing, were ordered to stay at home while They do massive testing.

Beijing opened a hospital in an exhibition center. He denied access to the Beijing University of International Studies after a virus case was detected on the academic premises. Some shopping malls and office buildings were closed, and access to several apartment complexes was blocked.