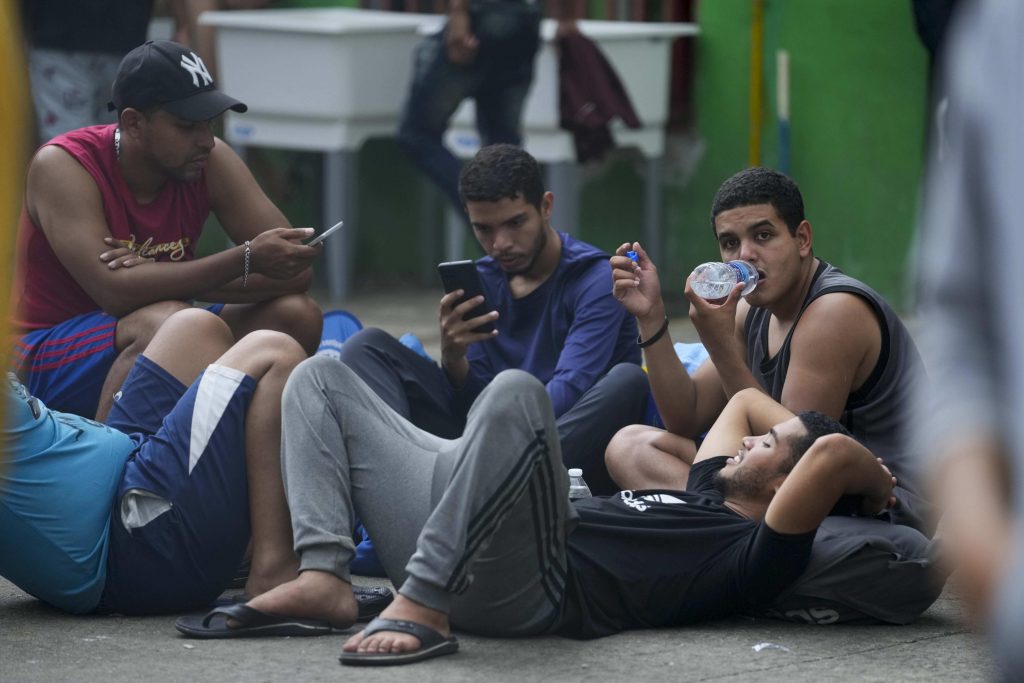 PANAMA (HPD) — Panama requested support from the United States on Tuesday to deal with the transit of Venezuelan migrants through the isthmus after the government of President Joe Biden put into effect a new immigration control plan for those displaced from the South American country, hundreds of which have been stranded in the Central American nation.

The request was made by President Laurentino Cortizo during a meeting with Senator Tim Kaine (Virginia) and Congressman Adriano Espaillat Rodríguez (New York), both from the Democratic Party and with whom he addressed this irregular migratory flow, among other issues.

“Panama is a country with few resources and we are supporting the return of Venezuelans to their country,” said the Panamanian president.

Between 800 and 900 Venezuelan migrants have left Panama in recent days on charter flights back to their country after the new US migration plan was announced, according to the director of Panama’s National Migration Service, Samira Gozaine.

Another 600 are in a temporary shelter built in a warehouse in an industrial area in the center of the capital, where 300 more were headed, according to the official. The shelter is coordinated by the Venezuelan consular mission, she added.

Cortizo said that so far this year 206,000 migrants have crossed through Darién, 170,000 of them Venezuelans. “We need support from the United States,” stressed the president, indicating that in the last three years they have allocated around 50 million dollars to attend to this irregular migratory flow, which last year was dominated by Haitians.

The United States announced last week that it will return Venezuelans who cross the border illegally from Mexico and that it will accept up to 24,000 for which they must previously register in a program, have a financial sponsor in the country and arrive by air.

Panama, which receives migrants after security checks, gives them food, accommodation and coordinates transit so they can continue their journey, has been clamoring for international financial aid and greater regional coordination to deal with this migratory situation that takes a little more than one of each.