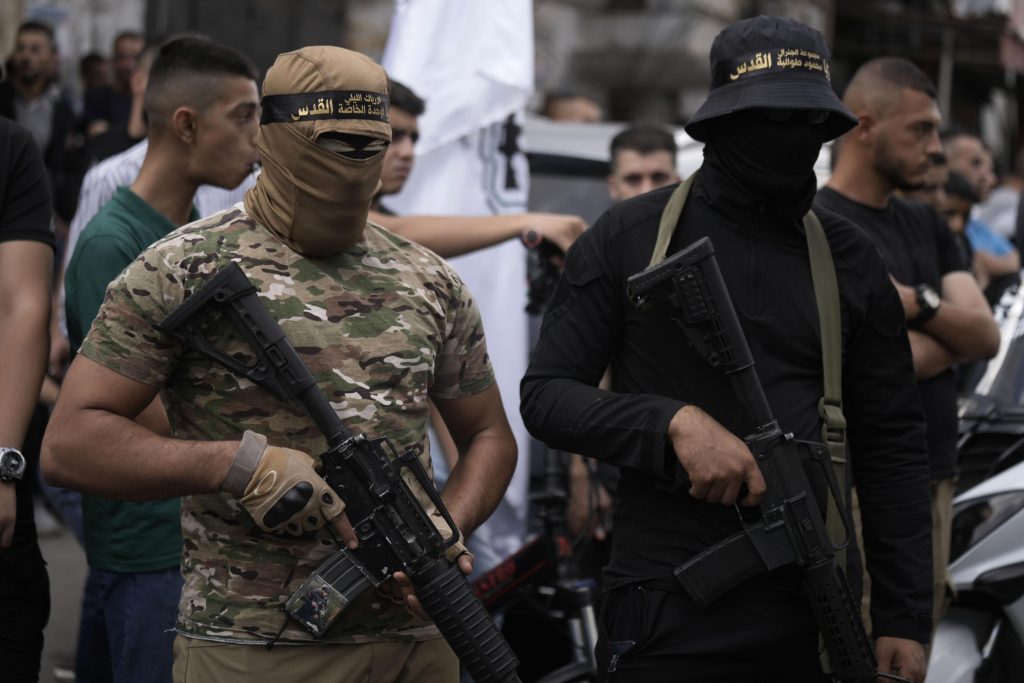 JENIN REFUGEE CAMP, West Bank (HPD) — The Israeli army raided a refugee camp in the West Bank on Friday, killing two Palestinians in armed clashes, according to Palestinian reports. It was the latest incident in what has become the deadliest year in the occupied territory since 2015.

Palestinian militia groups recognized both men killed as members, although there were conflicting statements about the circumstances surrounding the death of one of them, who was a doctor at a hospital.

The Palestinian Health Ministry said that Dr. Abdullah Al-Ahmed was working, tending to the wounded outside his hospital, when he was fatally shot.

The Al-Aqsa Martyrs Brigade, the armed branch of the secular Fatah party, claimed that he was one of its members. In a poster announcing his death, the group said that he had died “in an armed confrontation” with Israeli forces “defending the homeland.” The poster showed him posing with two assault rifles.

The second man to lose his life in the Jenin refugee camp on Friday was identified by the Islamic Jihad group as a camp commander. The camp is a stronghold of Islamic Jihad, a rival of the Fatah party, and has been the frequent scene of clashes.

Five people were injured, including two paramedics, after an ambulance was caught in the crossfire, the official Palestinian Wafa news agency reported. A video showed an ambulance trapped in a narrow alley in the camp trying to retrieve a body as gunshots rang out.

The raid triggered a shootout between soldiers and armed Palestinians. The photos showed smoke rising from the camp after the extremists apparently detonated explosives. The army said it opened fire on the gunmen and warned uninvolved residents that they were risking their lives by being in the area.