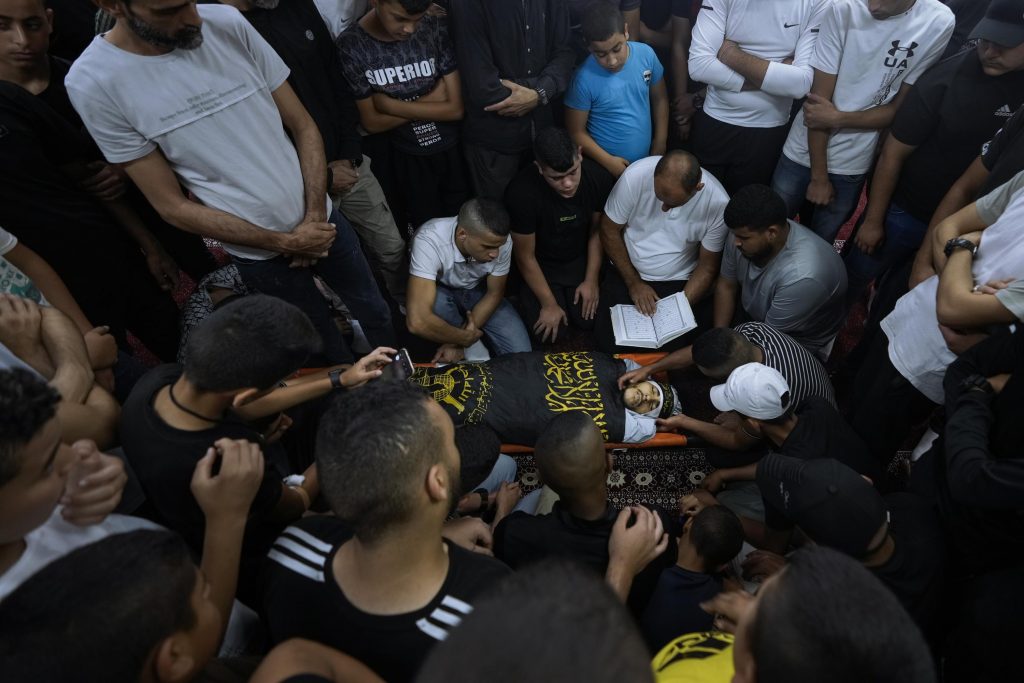 JERUSALEM (HPD) — Israeli soldiers shot and killed two Palestinians Saturday in a shootout during a military raid in the West Bank, according to Israelis and Palestinians, in the latest confrontation that has made 2022 the deadliest year in the occupied territory since 2015. .

The operation took place in the Jenin refugee camp in the northern West Bank, the scene of repeated clashes between Israeli armed forces and gunmen and residents. The camp is a known stronghold of the Palestinian insurgency and is frequently raided by the army.

According to Palestinian officials, soldiers entered the camp early Saturday morning and surrounded a house. In videos posted on social networks, exchanges of gunfire could be heard. The Palestinian Ministry of Health reported two deaths and 11 injuries, three of them in critical condition. According to the official Wafa news agency, the two dead were 17 years old.

The Israeli army, for its part, said it had arrested a 25-year-old militant from the Islamic Jihad insurgent group who had already been imprisoned in Israel. In addition, he was involved in recent shootings of soldiers, he added.

During the operation, soldiers opened fire as dozens of Palestinians threw explosives and fired shots, Israeli authorities said. “Targets identified,” said the note, which did not provide further details.

Shortly before noon, Israeli forces appeared to withdraw from the area.

The incident came a day after two Palestinian teenagers, aged 14 and 17, were killed by Israeli fire in separate incidents in the occupied West Bank. Rights groups accuse Israel of using excessive force in its treatment of Palestinians, without accountability to anyone. The army, for its part, says it only opens fire in dangerous situations.

Israel operates throughout the Palestinian territory, especially in the north, since a series of deadly attacks across the country last spring. Some of these attacks were carried out by Palestinian assailants from the area.

Israeli authorities say they are being forced to take action because the Palestinian security forces, which are coordinating with the army in a tense alliance against the Islamist insurgency, are unable or unwilling to suppress them. For their part, the Palestinian forces maintain that the military searches have undermined their credibility and public support, especially in the absence of a political process. The last round of substantive Israeli-Palestinian peace talks ended in 2009.

According to Israel, most of those killed are insurgents. But these clashes have also killed local youth protesting against the raids, as well as other civilians. Hundreds have been arrested and many placed under so-called administrative detention, which allows Israel to hold them without trial or charge. More than 100 Palestinians have lost their lives in such clashes so far this year.

The violence is fueled by growing disillusionment and anger among young people at the close security coordination between Israel and the Palestinian Authority, which is backed by the international community, working together to stop the insurgency.

Israel captured the West Bank in the 1967 Six-Day War. Today, some 500,000 Jewish settlers live in 130 settlements and outposts among nearly three million Palestinians, who want the territory, as well as East Jerusalem and the Gaza Strip, for your future state.