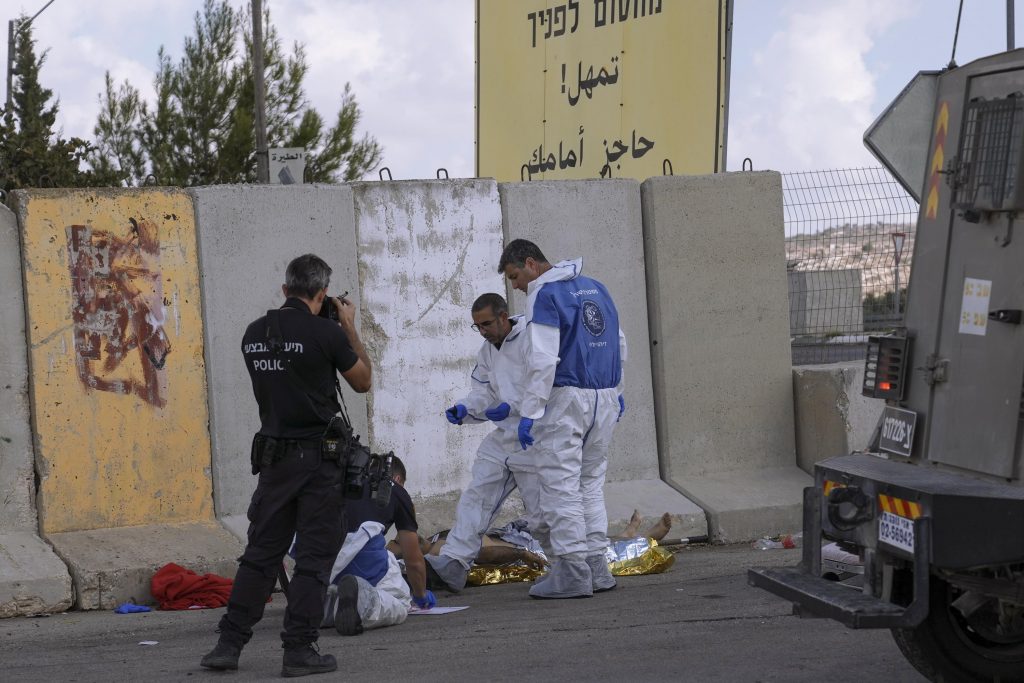 JERUSALEM (HPD) — A Palestinian seriously wounded an Israeli soldier Wednesday after crashing a pickup truck into him near a checkpoint in the occupied West Bank, the army said. The soldier opened fire on the man, Israeli authorities added, and according to the Palestinians, he died shortly after.

In a statement, the army explained that the assailant arrived in a van at the Maccabim checkpoint, on a very busy road, and ran over the soldier. After he got out of the vehicle and tried to attack him with an axe, he added the note, which pointed out that he shot him. The soldier was injured, according to the army, and was taken to a hospital. In the middle of rush hour, the traffic registered several kilometers (miles) of delay while the official vehicles were posted on the highway, which is part of the connection between Jerusalem and Tel Aviv.

Both Palestinians and rights groups accuse Israeli forces of using excessive force in their treatment of Palestinians, without being held accountable. The army alleges that it faces complex scenarios that endanger the lives of its troops.

This was the latest incident in a wave of violence between Israelis and Palestinians and came as Israel counts its fifth general election in four years. The results are not yet final, but turnout was the highest in decades and, with almost 80% of the count completed, former Prime Minister Benjamin Netanyahu appeared headed for victory after the Israelis gave him and his allies far-right what appears to be a stable majority in parliament.

More than 125 Palestinians have claimed their lives in clashes between Israelis and Palestinians in the West Bank and East Jerusalem so far this year. The clashes began after a series of Palestinian attacks that left 19 dead in Israel during the spring. According to the army, most of the Palestinians killed were insurgents, but the victims include youths protesting the raids and other civilians. Night raids by Israeli security forces in the West Bank have added to tensions.

Israel captured the West Bank in the 1967 Six-Day War — as well as East Jerusalem and the Gaza Strip — and has since built more than 130 settlements there, many of which resemble small towns with apartment buildings, shopping malls and industrial zones. The Palestinians want the three territories to form their future independent state.