Skip to content
Home » Pakistan: Journalist who died on the march buried 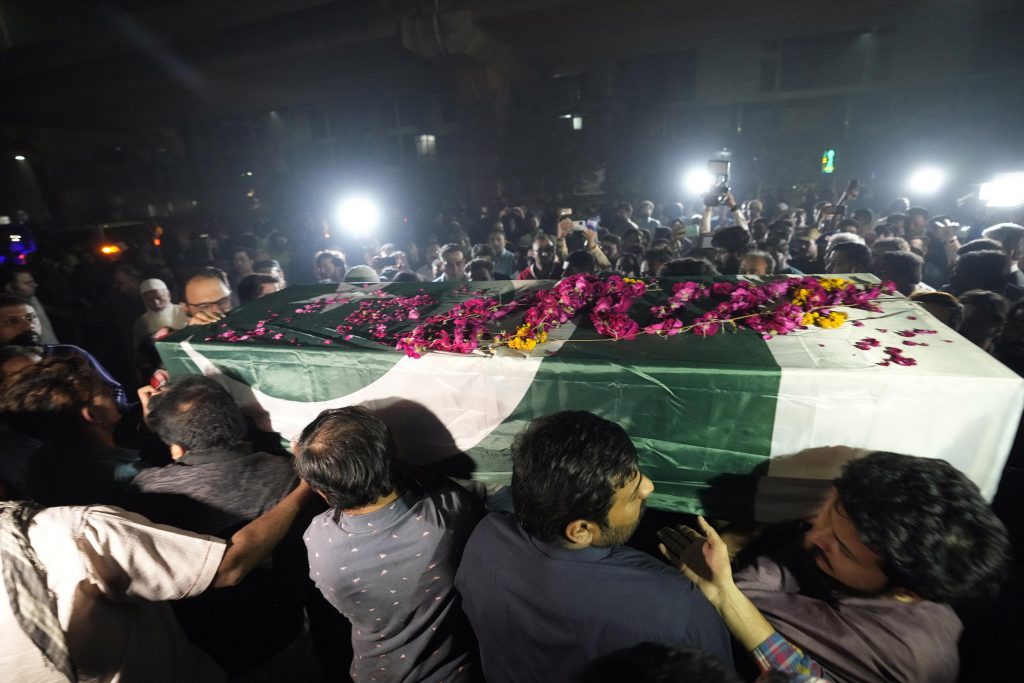 LAHORE, Pakistan (HPD) — Hundreds of people attended the funeral in Pakistan on Monday for the journalist who was crushed to death while covering a rally by supporters of former Prime Minister Imran Khan.

Sadaf Naeem, a 36-year-old television journalist, died Sunday when she fell from the truck in which Khan was traveling on the march to the capital, Islamabad.

Several Khan supporters were mounted on cars and trucks in the convoy while others followed on foot. Khan’s aides have been inviting journalists to get in the truck with him to interview him.

Videos on social media show Naeem running to the side of the truck, asking to interview him. It is not clear how she fell and lost her life in Kamuke, one of the villages where she marched.

Khan went to Naeem’s home in Lahore on Monday to express his condolences. His allies have promised to pay the educational expenses of his two sons, who are 17 and 21 years old.

Khan, a popular opposition leader who was a cricket star before he became a politician, ended the march after the journalist’s death, amid expressions of grief from his colleagues and various politicians.

Pakistani Prime Minister Shahbaz Sharif also offered his condolences to Naeem’s family, pledging a donation equivalent to around $20,000. Naeem, who worked for Channel 5 in Lahore, was the breadwinner for her family and had been working as a journalist for 12 years.

Khan’s march began in Lahore on Friday, when some 10,000 protesters left for Islamabad.