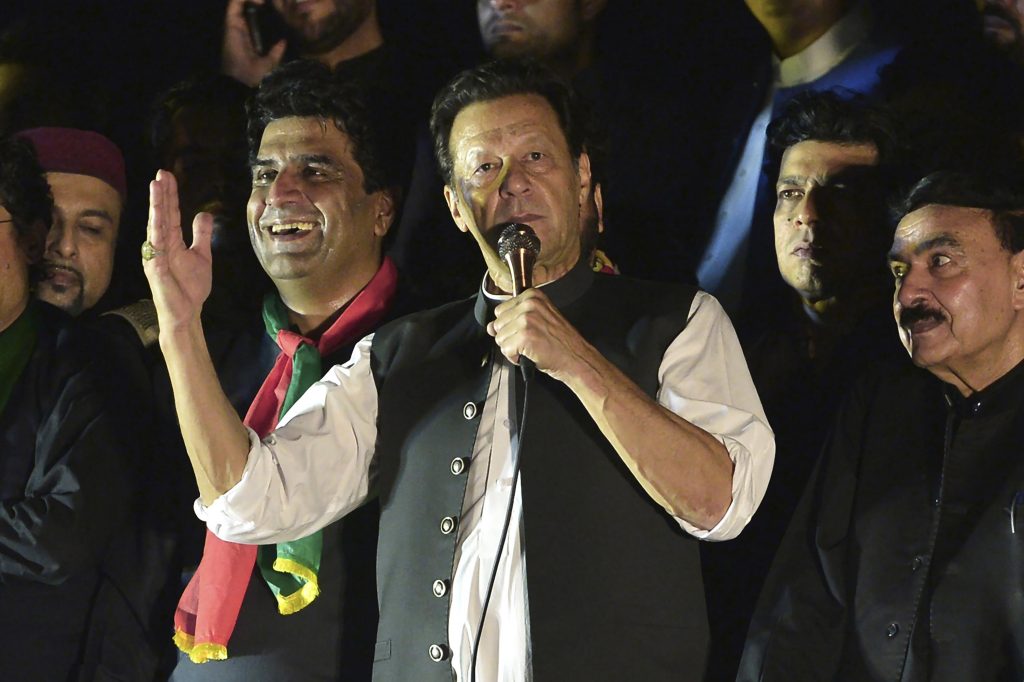 According to authorities and legal experts, the ruling will cause Khan to lose his seat in the National Assembly. Balkh Ser Khosa, a prominent lawyer, explained that the commission disqualified Khan from holding public office because he illegally sold state gifts given to him by other countries when he was in power. He said Khan also hid the profits he made from those sales from tax authorities.

Furious at Khan’s disqualification, his party, Tehreek-e-Insaf, urged their supporters to take to the streets to peacefully condemn the decision.

Dozens of Khan supporters were seen chanting slogans against the government and authorities at the Election Commission on Friday. Hundreds of people blocked a key highway in the northwestern city of Peshawar, disrupting traffic. Khan’s supporters also held small demonstrations in the country’s main cities.

Hundreds of Khan’s supporters briefly clashed with police in the city of Rawalpindi. However, the protesters dispersed as police waved batons and fired tear gas canisters, according to local media. The government deployed additional security forces in Islamabad to maintain order.

The decision was made public days before Khan announced his long-awaited march to Islamabad to force Prime Minister Shahbaz Sharif’s government to call early elections.

Since his ouster, Khan has claimed his government was overthrown by Sharif as part of a US plot, but both Sharif and Washington deny the allegation.