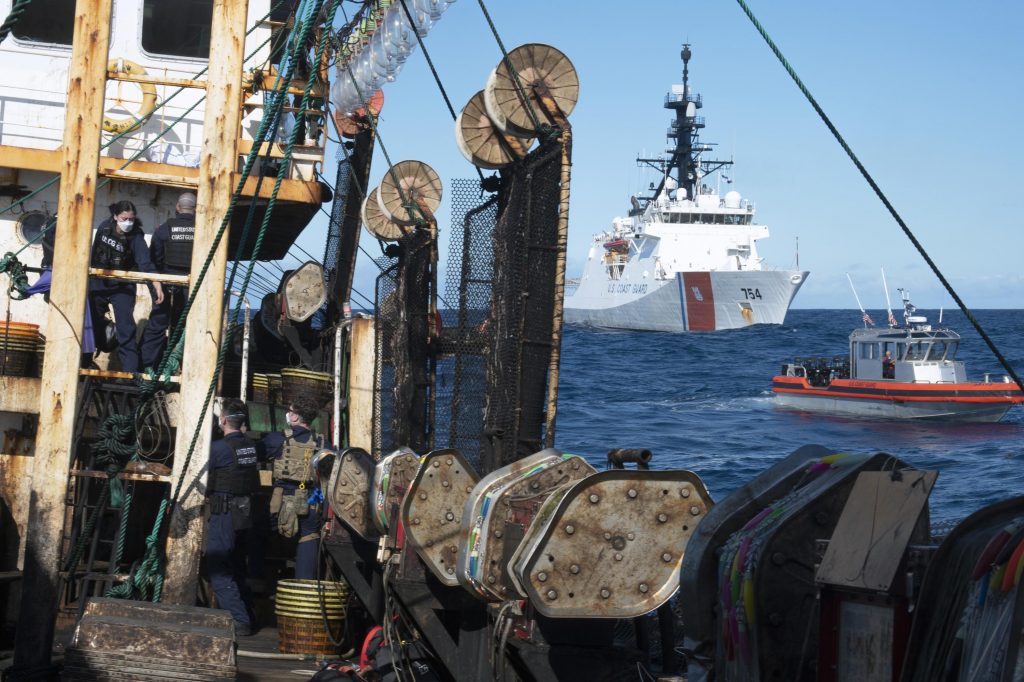 In August, as China launched missiles into the sea off Taiwan in protest of House Speaker Nancy Pelosi’s visit to the island, a very different geopolitical standoff was unfolding elsewhere in the Pacific Ocean.

Thousands of miles away, a US Coast Guard schooner was approaching a fleet of hundreds of Chinese squid trawlers not far from Ecuador’s Galapagos Islands on a mission to search for signs of illegal fishing.

Boarding a ship on the high seas is a legal, if underutilized, tool available to any maritime power as part of the collective effort to protect threatened fish stocks.

But in this case, captains of several Chinese fishing vessels did something unexpected. Three of them fled and one turned 90 degrees towards the Coast Guard schooner James, forcing her to make an evasive maneuver to avoid the collision.

The clash on the high seas marked a potentially dangerous violation of international maritime protocol, which the United States considers a disturbing precedent because it happened during the first Coast Guard mission against illegal fishing in the eastern Pacific.

The Associated Press pieced together details of the never-reported incident from statements by the Coast Guard and six civilian officials who spoke on condition of anonymity to avoid jeopardizing a multilateral process trying to force China to sanction the vessels. Diplomats in China accused the Americans of wrongdoing but did not give their side of the story.

The unprecedented trip by the Coast Guard responded to the growing alarm of Latin American activists and governments over the activities of the Chinese fishing fleet, the largest in the world. Since 2009, the number of Chinese-flagged vessels seen fishing in the South Pacific, sometimes for months on end, has increased eightfold, to 476 last year. Squid fishing has increased from 70,000 to 422,000 tons, a level that scientists consider unsustainable even because it is a resistant species.