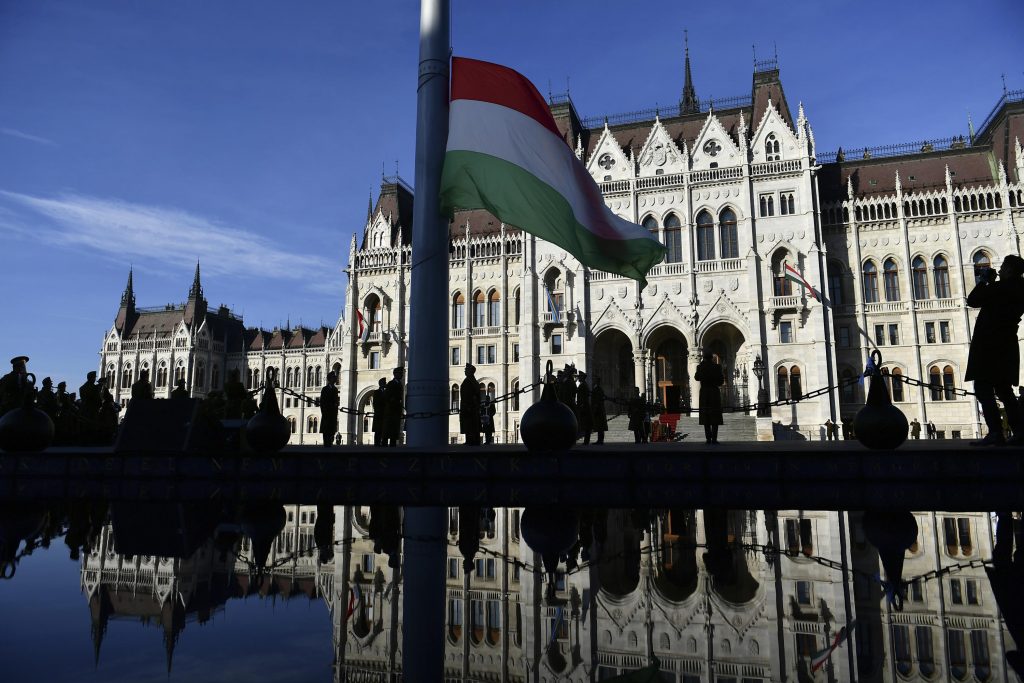 BUDHPDEST (HPD) — Hungary’s prime minister made veiled comparisons Sunday between the institutions of the European Union and the Soviet troops that invaded the country in 1956.

Recalling the 66th anniversary of the Soviet crackdown on that uprising, Orban suggested that the EU – which has accused the Hungarian government of authoritarian tendencies – will end up the same as the Soviet Union, which disappeared more than three decades ago.

“We are not going to bother with those who shoot at us from the shadows or from the heights of Brussels. They will end up the same as their predecessors,” Orban declared in a speech to a select group of guests in Zalaegerszeg, a rural town in western Hungary, breaking with the tradition of giving the speech in Budapest on that anniversary.

His absence from the capital on one of Hungary’s most important patriotic days comes amid pressure on his government over a wave of protests from teachers and students.

Educators are demanding higher wages and better working conditions. Another protest was planned for Sunday in Budapest.

Orban, who characterizes his form of government as an “illiberal democracy”, also faces the threat of cuts in EU funding due to his democratic record and allegations of corruption.

Seeking to save some funding, the Hungarian Parliament recently passed new anti-corruption legislation. But the country still risks losing billions of euros in funds as punishment for the alleged violation of democratic practices, something that has caused the currency and economy to weaken recently.

“We are victorious even when we are defeated,” Orban said.

The national holiday of October 23 commemorates the beginning of a 1956 popular uprising against Soviet repression that began in Budapest and spread throughout the country.