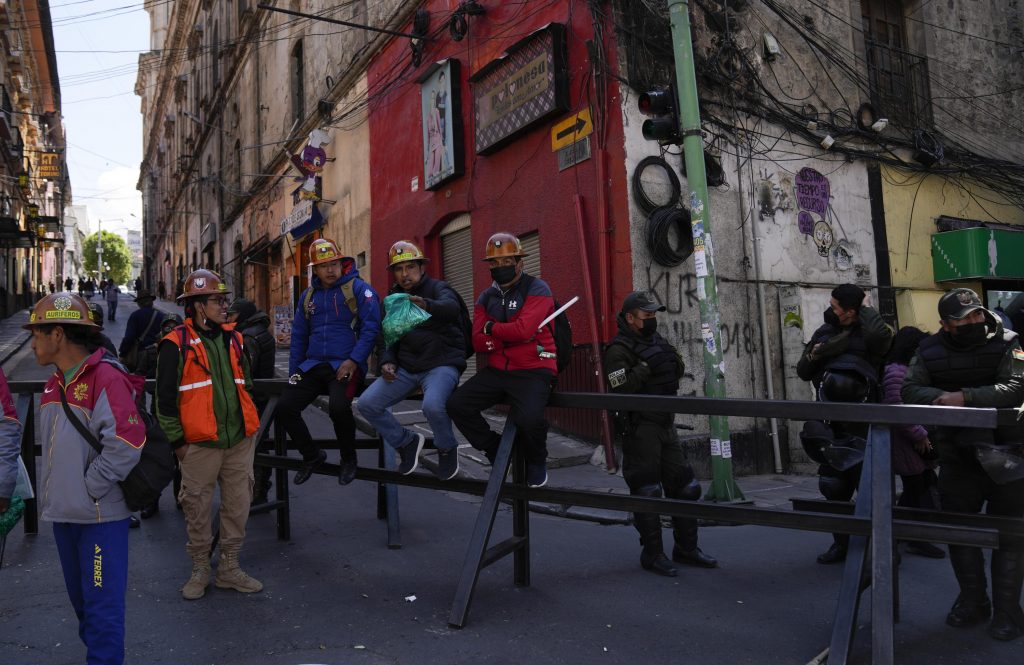 LA PAZ, Bolivia (HPD) — For the fifth consecutive day, the prosperous province of Santa Cruz and an opposition stronghold in eastern Bolivia held an indefinite strike on Wednesday demanding a census that would allow it a larger budget and more seats in the Legislative .

Sides for and against the protest clashed on Wednesday with firecrackers and stones were thrown in a populous neighborhood of that city, which remains almost paralyzed. Avenues and streets were blocked, classes were suspended, there was no transportation, and shops and offices were closed. Dozens of trucks remain on the roads.

The situation in that city of almost two million inhabitants seemed to worsen with a blockade of routes by unions related to the government that reject the strike. “We are outraged with the Civic Committee and the governor of Santa Cruz and now everything is going to be paralyzed,” said the official peasant leader Franklin Vargas. Authorities fear that the supply of food and fuel will decrease in that and other cities.

The strike has been called by the powerful Civic Committee -which is against the government of President Luis Arce- and by the opposition governor Luis Fernando Camacho, who has blamed the president for postponing until 2024 the census that was to be carried out in November of this year.

The authorities affirm that “technically” it is not possible to register in 2023 as Santa Cruz claims.

According to analysts, a new census would give Santa Cruz greater legislative representation and allow it to have more weight in political decisions. The Arce government seeks to delay registration so that the new redistribution of seats in the Legislative Branch does not undermine its political strength in the 2025 presidential elections.

Arce has summoned mayors and governors to an emergency meeting on Friday so that “all together we can make a final decision”, but the organizers of the protest have said that the meeting must be in Santa Cruz on Wednesday with the mediation of the Catholic Church said Rómulo Calvo, president of the civic.

Other regions announced their support for the protest in Santa Cruz. For the pro-government leaders, the Santa Cruz strike seeks to destabilize the government.

Arce faces growing social problems and political conflicts aggravated by unemployment and shortages. The strong polarization of the country has remained latent since the political crisis of 2019 when the elections of that year were denounced as fraudulent by the Organization of American States (OAS), which triggered a social outbreak with 37 deaths that forced the resignation of the then President Evo Morales, to which are added strong disputes within the ruling party.