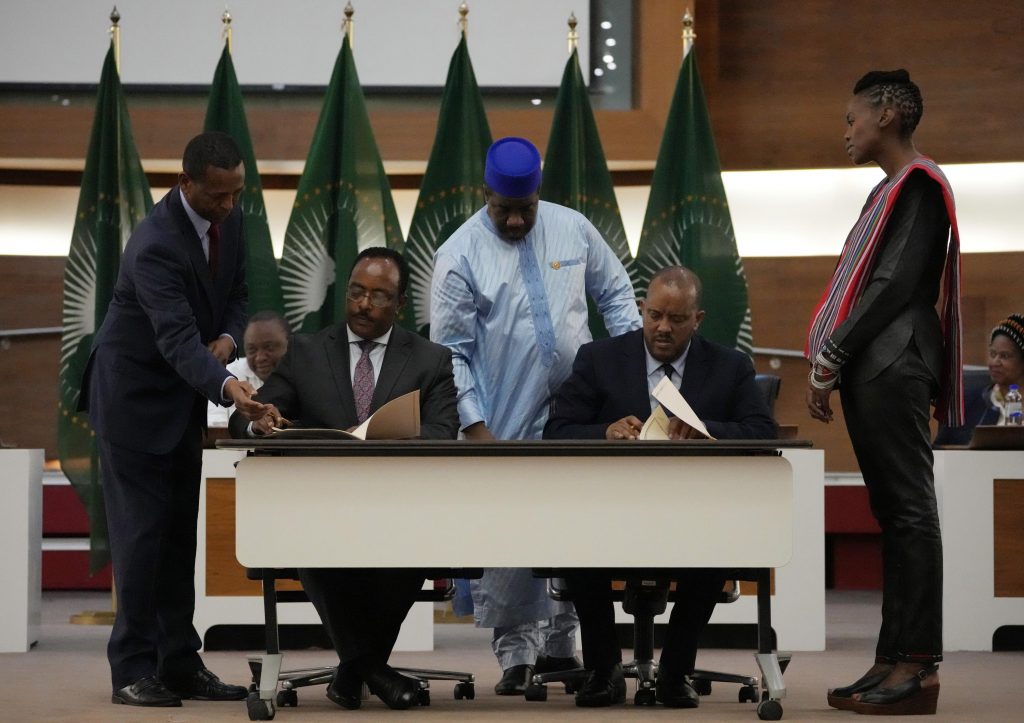 NAIROBI, Kenya (HPD) — An official close to the Ethiopian peace talks said a copy of the “permanent cessation of hostilities” agreement obtained by The Associated Press, which contains details of the disarming of Tigray forces and the federal control of the northern region, is the one that was signed and is final.

The official spoke on condition of anonymity Thursday, a day after the deal was announced, because he was not authorized to speak publicly. The implementation of the pact faces enormous challenges, as all parties lay down their arms or withdraw.

The agreement calls for the disarmament of Tigray forces, beginning with “light weapons,” within 30 days of Wednesday’s signing, and for Ethiopian federal forces to assume full control of “all federal facilities and major infrastructure, such as airports and roads in the Tigray region”.

The details of the final agreement have not been made public, but the brief joint statement read by the warring parties on Wednesday night mentioned “a detailed program of disarmament” and the “restoration of constitutional order” in the region.

The war in Africa’s second most populous country, which turns two years old on Friday, has seen documented abuses from both sides, forced millions from their homes and left many on the brink of famine.

During a visit to southern Ethiopia on Thursday, Prime Minister Abiy Ahmed assured that the proposal that brought his government to the dialogue was fully accepted and that the executive was willing to “open our hearts” so that peace endures. The issue of the disputed areas will be resolved only through the law of the land and negotiations, he added.

The Ethiopian media has stopped using the adjective “terrorist” to refer to the Tigray authorities and forces. The country will celebrate on Thursday an act in memory of some of the victims of the conflict.

In Tigray, a humanitarian source in the city of Shire said that, as in recent days, no shots were heard and that the “blockade” on the movement of people and vehicles was maintained. Like many in the region, the person spoke on condition of anonymity for fear of reprisals.