Skip to content
Home » Obama to Democrats: “Getting angry and discouraged is not an option” 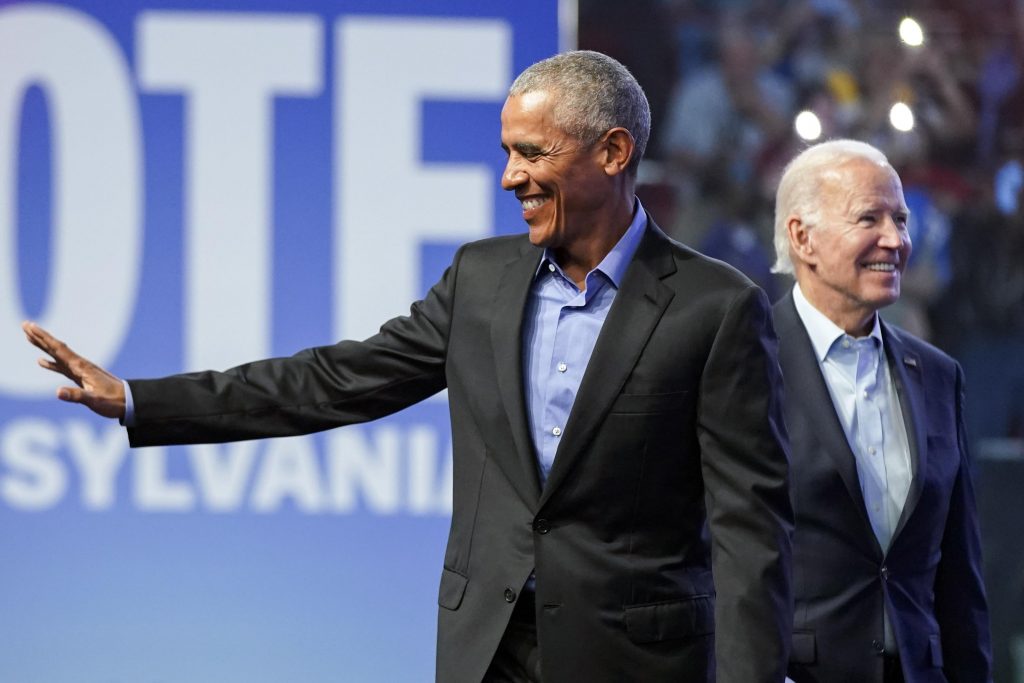 PITTSBURGH (HPD) — The most powerful voices in the Democratic Party warned Saturday that abortion, Social Security and democracy itself are in jeopardy as they try to overcome strong political headwinds — and an unwelcome misstep by President Joe Biden—in the last weekend before the 2022 midterm elections.

“Getting angry and discouraged is not an option,” former President Barack Obama told hundreds of voters on a stormy day in Pittsburgh. “On Tuesday, let’s make sure our country doesn’t go back 50 years.”

Later in the day, Biden shared the stage with Obama in Philadelphia. Both former running mates are participating together in campaign events in support of Democratic candidates for the first time since Biden took office.

In the neighboring state of New York, former President Bill Clinton, who had been largely absent from national politics in recent years, joined the actions in support of his party.

The trio of Democrats were the first presidents, but not the last, to address voters on Saturday, who will decide control of Congress and major state legislatures across the country.

Former President Donald Trump wrapped up the day with a speech in working-class southwestern Pennsylvania, referencing the election in apocalyptic terms.

“If you want to stop the destruction of our country and save the American dream, then on Tuesday you must vote Republican in a giant red wave,” Trump told thousands of cheering supporters. The former president described the United States as “a country in decline.”

Biden, Trump, Obama and Clinton – four of the six living leaders – concentrated on Saturday in the key states of the Northeast, but their words resounded throughout the country as the parties turned to their best exponents to present the important arguments of campaign closures.

The polls will close on Tuesday in the United States although more than 36 million people have already cast their vote.

However, the messages apparently have not been to everyone’s liking.

Even before his arrival in Pennsylvania, Biden had been embroiled in a new political controversy after angering some sectors of his party by promoting plans to close fossil fuel plants in favor of green energy.

Although he made his statements in California the day before, the fossil fuel industry is a major employer in Pennsylvania.

Sen. Joe Manchin, a Democrat from West Virginia and chairman of the Senate Committee on Energy and Natural Resources, said the president owed coal workers across the country an apology. He called Biden’s comments “offensive and disgusting.”

Trump seized on the anger in western Pennsylvania to accuse Biden of having “reignited the war on coal, his coal.”

The White House clarified that Biden’s statements were “misrepresented to suggest a meaning that was not intended; regrets if anyone who heard these comments was offended” and that he was “commenting on an economic and technological fact.”

Democrats are deeply concerned about their narrow majorities in the House and Senate, while voters are upset with the Biden administration amid rising inflation, rising crime and widespread pessimism about the direction of the Biden administration. from the country. History suggests that the Democrats, as the ruling party, will suffer considerable losses in the midterm elections.