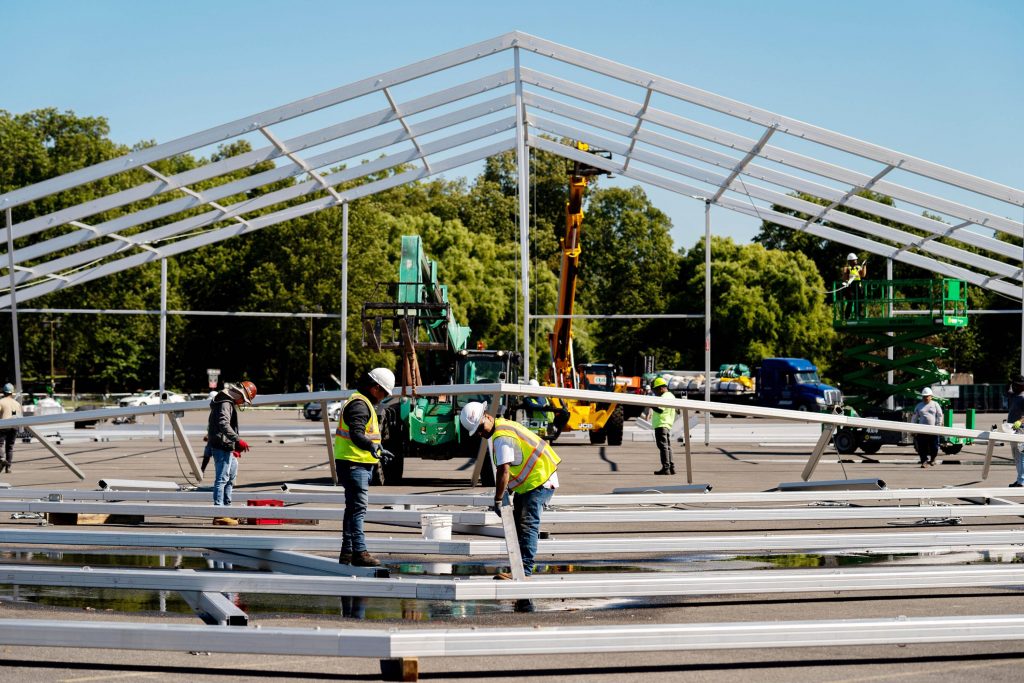 New York’s mayor declared a state of emergency on Friday due to the arrival of thousands of migrants being sent from southern border states since the spring, saying the demand that it creates on the city to provide housing and other assistance it is “unsustainable”.

“A city recovering from a global pandemic is being overwhelmed by a humanitarian crisis created by human hands,” said Mayor Eric Adams. “We are on the edge of the precipice… We need help and we need it now.”

Adams said that by the end of the fiscal year, the city expects to spend $1 billion on aid for newcomers, many of whom rely on government assistance because federal law prohibits them from working in the United States.

Adams, who is a Democrat, said newcomers are welcome in the city. He spoke proudly of New York’s history as a point of arrival for immigrants.

“New Yorkers have always cared for our immigrant brothers and sisters. See you in them. We see our ancestors in them,” she asserted.

However, “although our compassion is limitless, our resources are not,” he added.

New York City already has a shelter system that was overwhelmed this year due to an unexpected increase in those who need them.

Between five and six buses with immigrants are arriving each day, Adams said, stating that nine arrived on Thursday alone. Many of those buses have been chartered by Republican officials in Texas and Arizona who are trying to pressure the administration of President Joe Biden to change its border policies, sending the migrants to mostly Democratic cities and states in the North.

One in five beds in New York’s homeless shelter system is now occupied by a migrant, and the sudden influx has pushed their population to record levels.

The city has opened 42 temporary shelters, mostly in hotels, but Adams said more needs to be done.

The mayor said Friday that included city agencies coordinating to create more humanitarian centers, speeding the transfer of New Yorkers from shelters to permanent residences — which would clear space for new arrivals — and establishing a process for New Yorkers with available rooms offer them to those who need them.