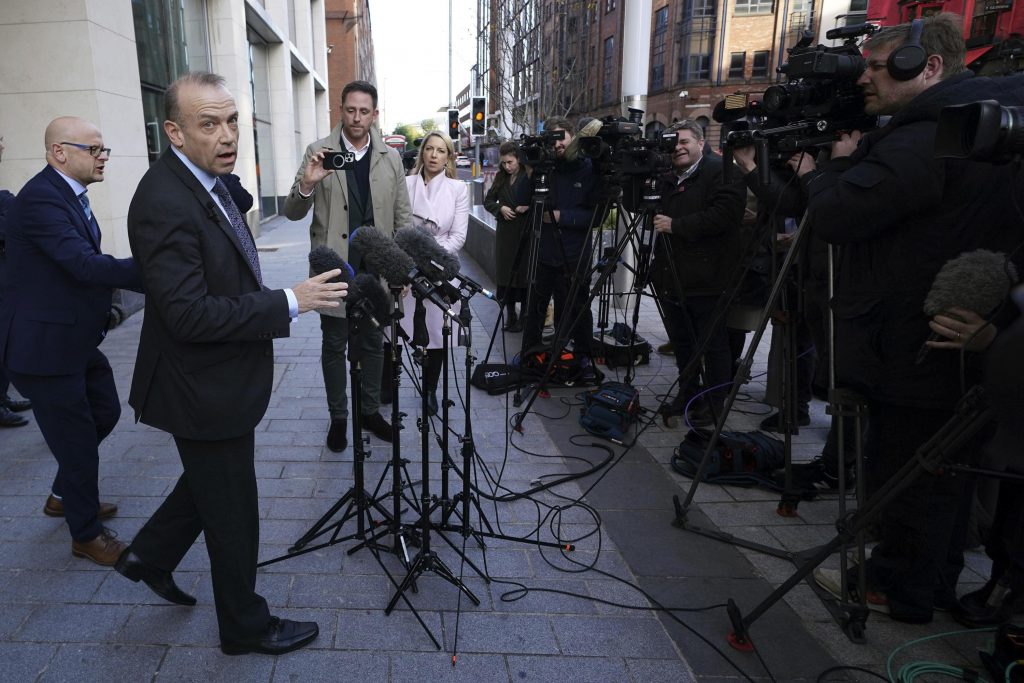 LONDON (HPD) — The political impasse in Northern Ireland deepened on Friday when the British government delayed calling early Assembly elections in Belfast after the deadline for restoring the government to a standstill expired.

The limbo means more uncertainty and delays in government decisions at a time when many in Northern Ireland are suffering from rising food and energy prices.

A deadline for Northern Ireland’s Assembly to choose a governing executive expired at midnight on Thursday amid a dispute over post-Brexit rules. Under power-sharing rules in the territory, a new election must be held in 12 weeks. Civil servants will keep essential services running in the interim.

UK Secretary of State for Northern Ireland Chris Heaton-Harris was expected to announce a snap election in mid-December. Instead, he said on Friday that he was talking to the main parties.

“I listen when parties say they don’t really want an election,” he said. But he added that, under the political rules, he had “limited options.”

“I’m still going to call an election,” he said.

“It’s a really serious situation,” he added. “As of the minute after midnight, there are no Ministers in office in the Northern Ireland Executive. I will take limited but necessary steps to ensure public services continue to function and protect public finances, but there are limits to what I can do.”

Assembly members met on Thursday but failed to elect a president, the first step toward restoring a government that has been on hold since elections in May.