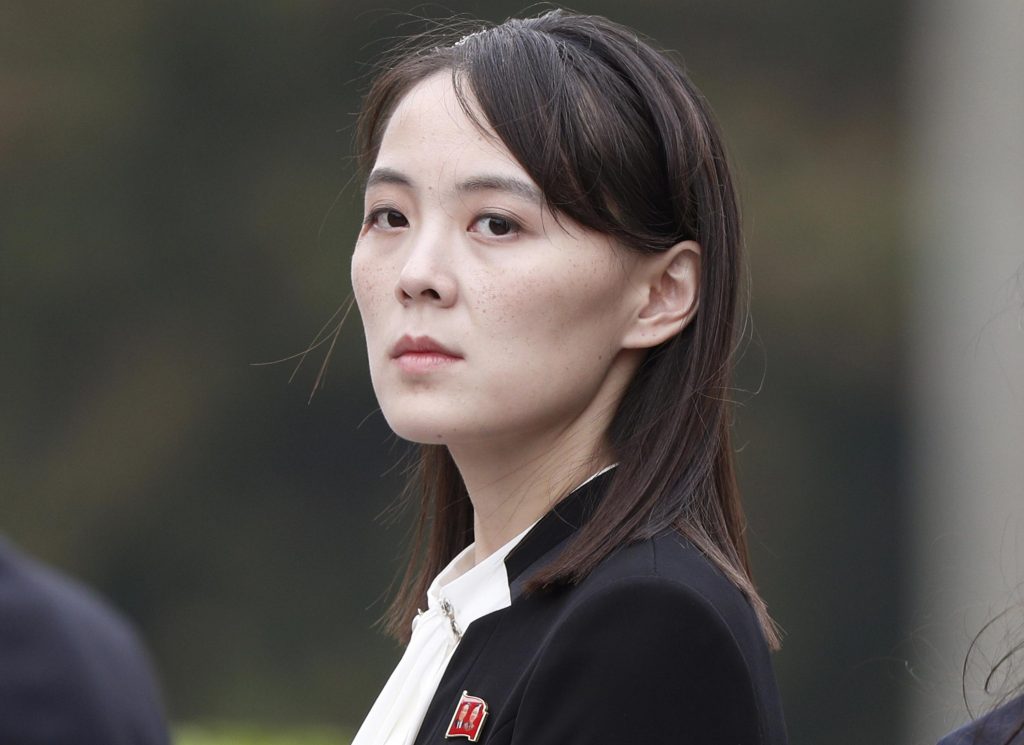 SEOUL, South Korea (HPD) — Kim Yo Jong, the powerful sister of North Korean ruler Kim Jong Un, on Thursday made insult-laden threats against South Korea for considering imposing unilateral sanctions against North Korea, describing the new South Korean president and his government as “idiots” and “mahorn dogs who live on bones given by the United States.”

Kim Yo Jong launched his tirade two days after South Korea’s foreign ministry said it was considering additional unilateral sanctions against North Korea over its recent series of missile tests. The ministry said it will also consider sanctions and restrictions over suspected North Korean cyberattacks — a new source of funding for its weapons program — if North Korea carries out a major provocation, such as a nuclear test.

“I don’t know what and how we will be ‘sanctioned’ by the South Korean cronies who are nothing more than the wild dogs who live on bones given by the United States,” Kim Yo Jong said in a statement carried by state media.

He described the new South Korean President Yoon Suk Yeol and his conservative government as “idiots” who continue to create a dangerous situation. He added that Seoul was “not our target” when Moon Jae-in — Yoon’s liberal predecessor who sought reconciliation with North Korea — was in power. The remarks could be seen as a possible attempt to stir up animosity against Yoon in South Korea.

“We warn again the brazen and ignorant. The more the US and its South Korean lackeys resort to sanctioning and putting pressure on the DPRK, the more our hostility and outrage will multiply,” said Kim Yo Jong.

Kim Yo Jong’s official title is deputy department head of the Labor Party Central Committee. But South Korea’s spy service believes she is the second most powerful person in North Korea, only after his brother, and manages relations with South Korea and the United States.

Although it is not the first time that Kim Yo Jong has used crude invective against South Korea, North Korea is expected to continue to escalate military tensions on the Korean Peninsula, as she is in charge of relations with South Korea and exerts some influence on the North Korean military, said analyst Cheong Seong-Chang of South Korea’s private Sejong Institute.

South Korea responded that it is “very deplorable that you criticize our head of state with crude and menial words, and do not display basic forms of etiquette.” The Seoul Ministry of Unification said in a statement that it also strongly condemns what it called “your impure attempt to incite anti-government protests and shake up our system” in South Korea.

Last month, South Korea imposed sanctions on 15 North Korean individuals and 16 organizations for their alleged involvement in illegal activities to finance Pyongyang’s nuclear weapons and missile programs. They were Seoul’s first unilateral sanctions against North Korea in five years, but experts say they are a largely symbolic move because the two Koreas have few financial dealings with each other.