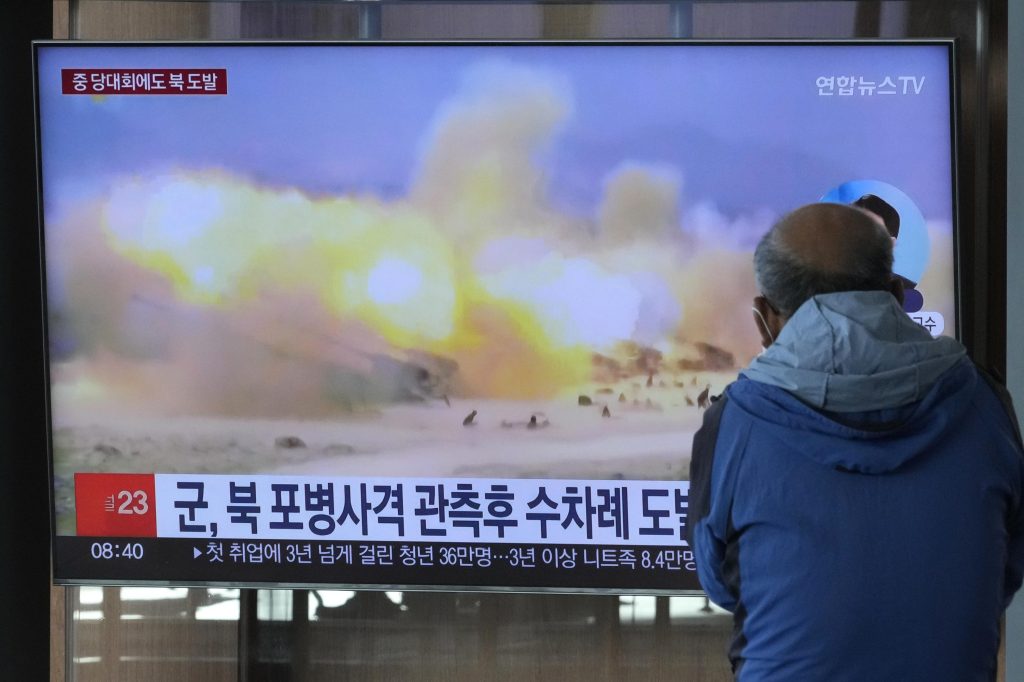 SEOUL, South Korea (HPD) — North Korea fired about 100 more artillery shells into the sea on Wednesday in response to South Korea’s live-fire exercises in border areas as the two rival nations accuse each other of escalating tension. on the peninsula with its weapons tests.

The moves by both sides coincide with a time of heightened hostilities over Pyongyang’s recent missile tests, which the North says simulate nuclear strikes on South Korean and US targets.

The Seoul military detected artillery fire being fired from a town on North Korea’s west coast, the South Korean Joint Chiefs of Staff said in a statement. On Tuesday night, North Korea fired around 100 projectiles from its west coast and another 150 from its east coast, the military command said earlier.

On both occasions, the projectiles landed north of the sea safety zones established by both Koreas under an agreement reached in 2018 to de-escalate tensions, the South Korean military said.

North Korea had already launched hundreds of projectiles at those areas on Friday, in its most direct violation of the inter-Korean agreement.

For its part, Pyongyang’s military said the launches were a warning against what it called provocative South Korean live-fire drills along the border earlier this week.

“Our military strongly warns enemy forces to immediately stop the highly irritating act of provocation on the front lines,” an unnamed spokesman for the Joint Chiefs of Staff of the North Korean People’s Army said in a statement Wednesday.

According to the Ministry of Defense of the South, their exercises in the land border areas are part of their annual military exercises and do not violate the 2018 agreement because they did not fall into the exclusion zones.

Seoul’s military command warned the North to immediately cease its provocations, which threaten peace and stability on the peninsula, saying it is stepping up its military preparedness and closely monitoring Pyongyang’s actions in coordination with the United States.

There were no reports of violence between the two countries. But tensions could linger as the North is likely to react to its neighbor’s annual ground exercises, called “hoguks,” with weapons tests of its own. Seoul said its exercises seek to improve its readiness against North Korea’s nuclear and missile tests and will involve an unknown number of US soldiers.

During part of the maneuvers open to the press, troops from Seoul and Washington built floating bridges on a river southeast of the South Korean capital to allow the passage of tanks and other armored vehicles. According to the army of the South, the exercises present a scenario in which a hypothetical enemy attack disables the bridges over the river.

Between October 31 and November 4, the two allied countries will also carry out combined air maneuvers in which 240 warplanes will participate, including F-35 fighters operated by both nations. That drill is meant to inspect Seoul and Washington’s joint operation capability and improve their combat readiness, the South Korean military said Tuesday.

For his part, Chinese Foreign Ministry spokesman Wang Wenbin said during a press conference on Wednesday that Beijing hopes that all the countries concerned will continue to try to reach a political agreement to ease tensions on the Korean Peninsula.