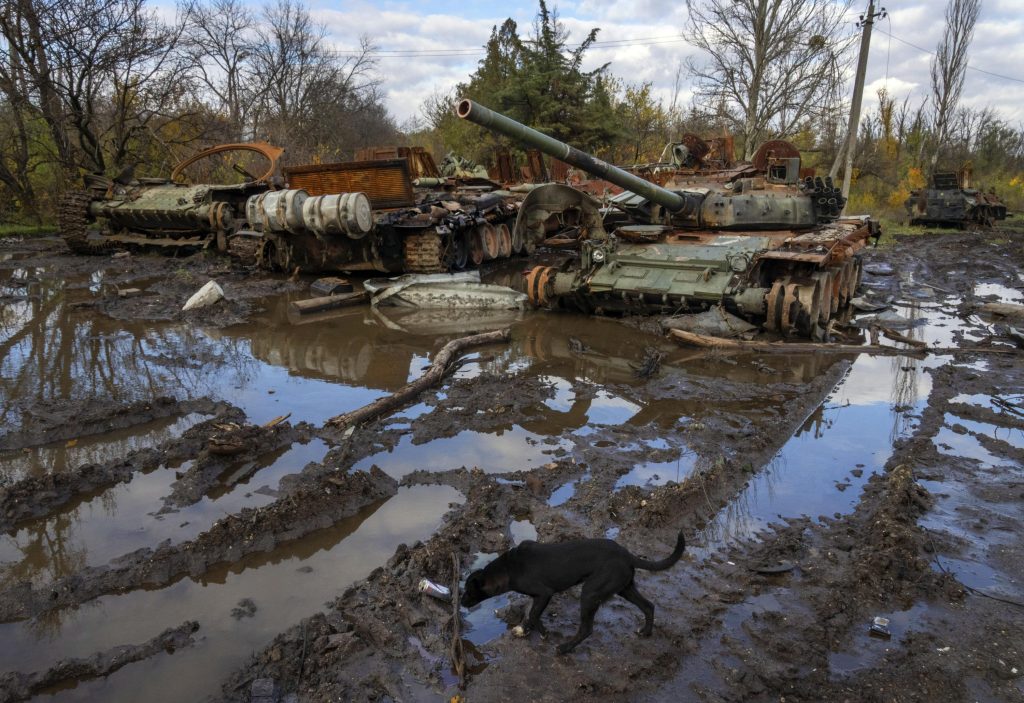 kyiv, Ukraine (HPD) — A flurry of Russian strikes hit critical infrastructure in kyiv, Kharkiv and other cities Monday morning in apparent retaliation for what Moscow described as a Ukrainian attack on its Black Sea fleet during the Weekend.

Loud explosions rang out in the Ukrainian capital as people prepared to go to work. Some received text messages from emergency services about the threat of a missile attack, and air-raid sirens wailed for three hours straight.

Large parts of the city were left without power and water as a result, kyiv Mayor Vitali Klitschko said. 80% of the population was without running water “due to damage to an electrical installation” near the city, the mayor said later. Authorities were working to repair the energy installation, which also supplied 350,000 homes.

Meanwhile, Klitchsko asked the residents of kyiv to “stockpile water from the nearest pumps and points of sale.” In another post on Telegram, the mayor added that the water supply would be restored in some areas in “three to four hours” and that one of the affected districts already had electricity.

Authorities warned people on the outskirts of the city to prepare for a lengthy emergency power outage. The governor of the kyiv region, Oleksii Kuleba, also said that one person was injured and several houses damaged in the morning attacks.

Two attacks in Kharkiv hit critical facilities, according to authorities, and the metro was disrupted. Authorities warned of possible power outages in the city of Zaporizhia due to the attacks.

The shells also hit critical infrastructure in the Cherkassy region south-east of kyiv and explosions were reported in other regions of Ukraine. In the Kirovohrad region of central Ukraine, a power facility was hit. In Vinnytsia, an intercepted missile hit civilian buildings, causing damage but no casualties, according to regional governor Serhii Borzov.

Some sections of track were disconnected, according to the state network Ukrainian Railways.

Russia two days ago accused Ukraine of a drone attack on the Russian fleet in the Black Sea near the annexed Crimean peninsula. Ukraine has denied the attack, saying it was a Russian error in handling its own weapons, but Moscow nonetheless announced it would abandon the United Nations-brokered deal to allow safe passage for ships carrying grain from Ukraine.

“We will persevere, and generations of Russians will pay a heavy price for their misfortune,” Yermak said.

It is the second time this month that Russia has launched a massive round of attacks on Ukrainian infrastructure. On October 10, a similar offensive hit the country after an explosion on the Kerch Bridge connecting annexed Crimea with mainland Russia, an event Moscow blamed on kyiv.

The number two in the presidential office, Kyrylo Tymoshenko, said urgent blackouts were underway after “Russian terrorists again launched a huge attack on energy facilities in a number of Ukrainian regions.”

On this occasion, Ukrainian forces said they had been able to intercept most of the missiles launched by Russia.

Strategic aircraft Tu-95 and Tu-160 launched more than 50 X-101 and X-555 missiles from the northern Caspian Sea and the region around the Russian city of Volgodonsk in the Rostov region, according to the Ukrainian air force . A total of 44 shells were shot down.

The Russian military had not yet made any statement about the attack.