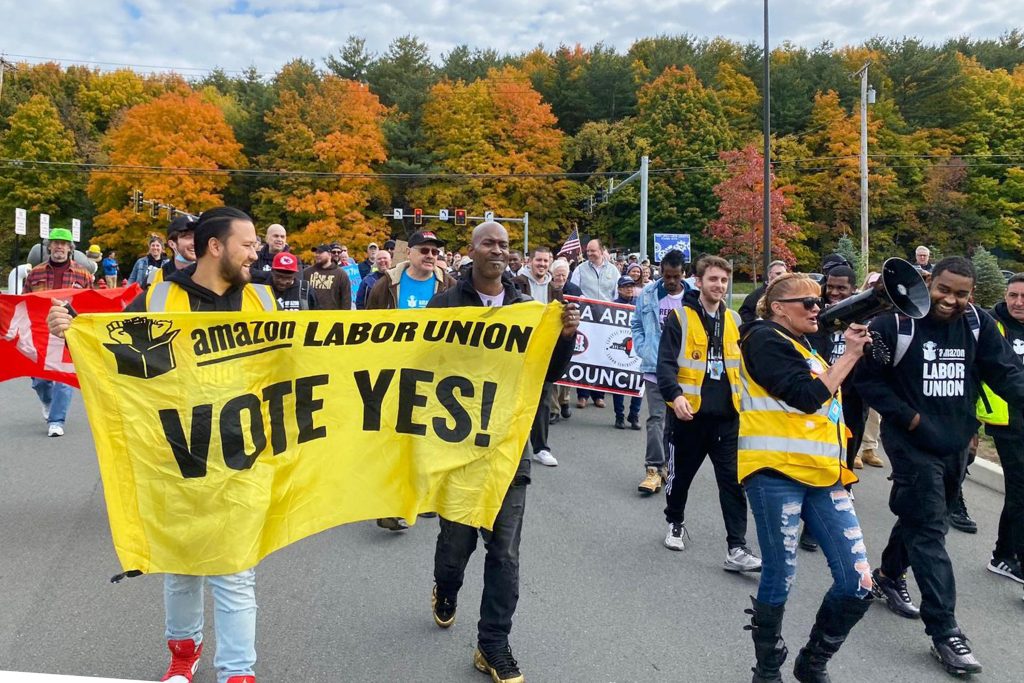 NEW YORK (HPD) — The fledgling union that scored a historic victory at Amazon this year will clash with the online retail giant again, trying to rack up more wins and force the reluctant company to bargain.

This time the duel between the Amazon Labor Union (ALU) and the second largest employer in the United States is in the town of Schodack, near Albany in the state of New York. Warehouse employees, who Amazon says number about 800, will vote Monday on whether or not to unionize. The votes will be counted on Monday by the National Labor Relations Board (NLRB).

“We have a lot going against us, but I definitely think there is a huge chance that we will win,” said Sarah Chaudhry, who started working for Amazon two months ago and has been trying to unionize employees ever since. “I don’t want to talk too much so I don’t have bad luck.”

It is the third time the ALU union has taken on the company since winning at the Staten Island facility in April. This area of ​​New York state is one of the most unionized in the country according to Unionstats.com.

That victory — the first at an Amazon location in the United States — came as a surprise even to those who supported the union’s idea of ​​offering $30 an hour pay and better working conditions for warehouse workers.

But challenges soon arose. Unionists lost a second attempt in May at a nearby warehouse and fissures in the movement were evident when some members left the group.

On the other hand, the union wasted time and resources trying to secure its initial victory. Amazon accused the ALU and the Brooklyn chapter of the NLRB of rigging the vote. In its attempt to force a new election to be called, the company filed more than twenty complaints, creating a lengthy process that could take years to resolve.

Last month, a federal labor official presiding over the hearings ruled against the company, which has announced it will appeal. In an interview last month, Amazon CEO Andy Jassy also suggested the company could take the matter to federal court.