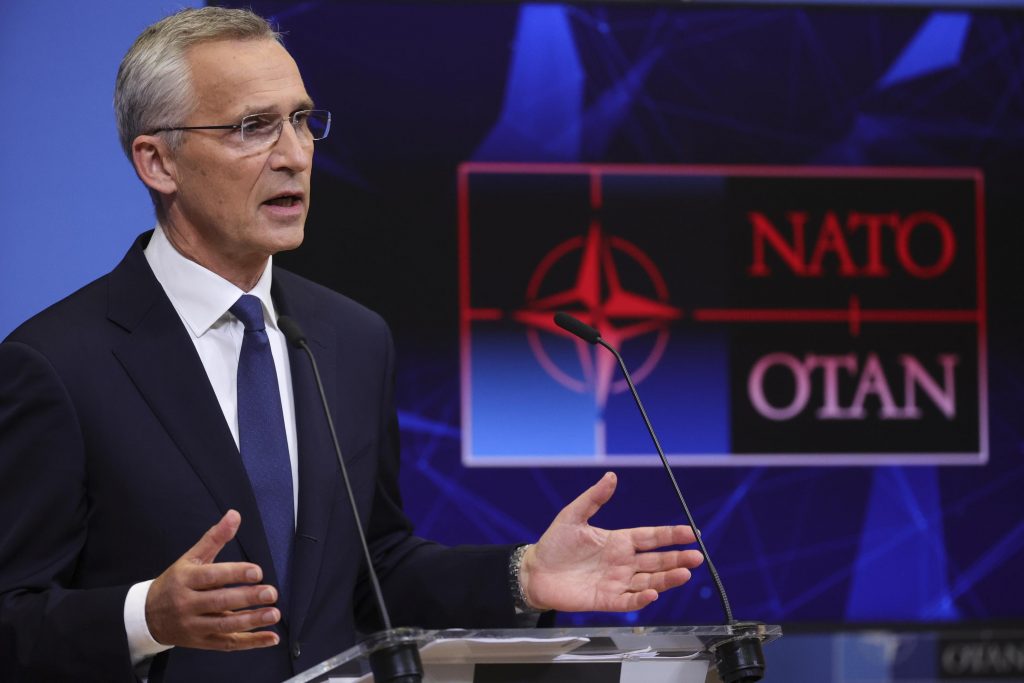 BRUSSELS (HPD) — NATO will go ahead with its long-planned nuclear drills next week, despite rising tensions over the war in Ukraine and President Vladimir Putin’s insistence that he is not bluffing about the use of all available means to defend Russian territory, declared NATO Secretary General Jens Stoltenberg on Tuesday.

The exercise, called “Steadfast Noon” (“Firm noon”), is carried out every year and lasts approximately one week. It includes combat aircraft capable of carrying nuclear warheads, but does not involve the use of functional bombs. Conventional jets and surveillance and refueling planes also routinely take part in the maneuvers.

Fourteen of NATO’s 30 member countries will take part in the exercise, which was planned before Russia invaded Ukraine in February. The main part of the exercises will take place more than 1,000 kilometers (625 miles) from Russia, a NATO official said.

“It would send a very wrong signal if we suddenly canceled a long-planned routine exercise due to the war in Ukraine,” Stoltenberg told reporters on the eve of a NATO defense ministers meeting in Brussels.

“The firm and predictable behavior of NATO, our military force, is the best way to avoid an escalation,” he said. “If we now create the basis for misunderstandings, for miscalculations in Moscow about our willingness to protect and defend all allies, we would increase the risk of escalation.”

With the Russian army retreating after a counteroffensive by Ukrainian forces armed with Western weapons, Putin raised the stakes by annexing four Ukrainian regions and declaring a partial mobilization of up to 300,000 reservists to bolster the front line as it weakens.