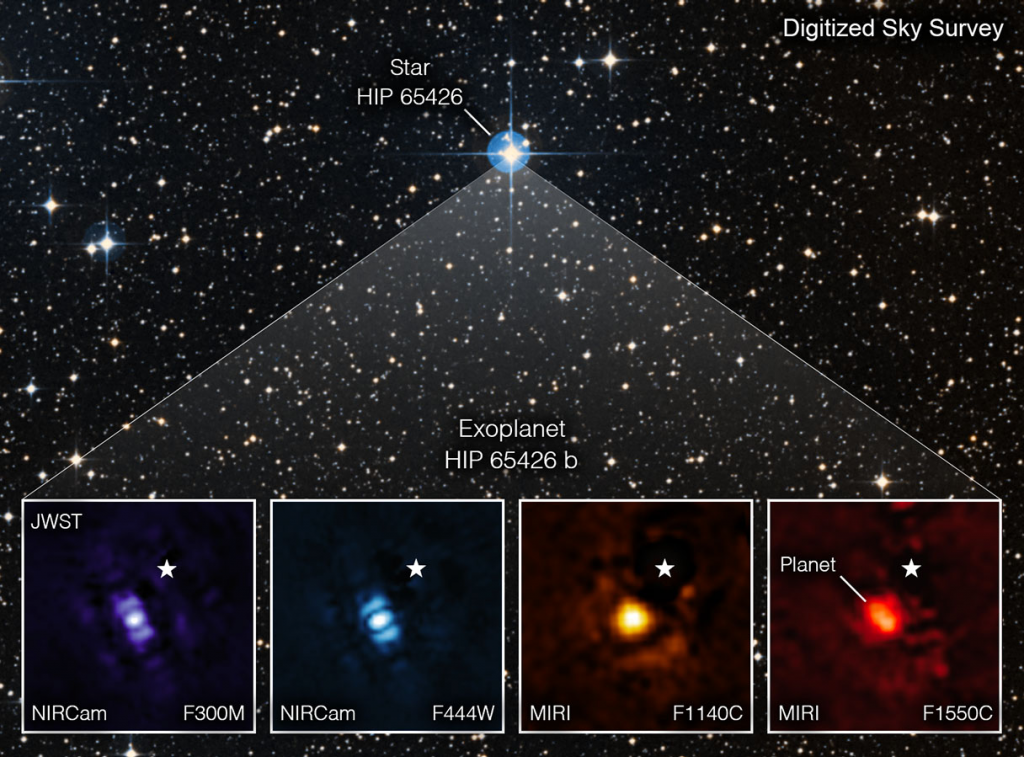 The planet, located outside the solar system and named HIP 65426 b, is a gas giant with no rocky surface that could not be habitable.

“This is a turning point, not only for Webb but also for astronomy in general,” said University of Exeter astronomy professor Sasha Hinkley, who led the observation team.

Suppress the light of the host star

Webb was launched in December 2021 and since then only receives praise from astronomers for its performance.

It is the most powerful space telescope ever built and its images have thrilled observers in recent months as it orbits the Sun 1.6 million kilometers from Earth.

Webb has telescopic accessories that block starlight, such as infrared gaze and coronagraphs, which allow it to take direct images of exoplanets.

“It was really impressive how well Webb’s coronagraphs worked to suppress light from the host star,” Hinkley said in a NASA statement Thursday.

HIP 65426 b is between six and 12 times the mass of Jupiter and is young and young, at between 15 and 20 million years old, especially compared to Earth, 4.5 billion years old.

The telescope, which released its first images in July, has also revealed dazzling new details of the so-called Phantom Galaxy and the planet Jupiter.

Earlier, the Hubble Space Telescope had captured direct images of exoplanets, but with much less detail.

“I think the most exciting thing is that we’re just getting started,” said Aarynn Carter of the University of California. “We can even discover previously unknown planets.”

The engineering project that includes the Webb telescope cost an estimated $10 billion and is a collaboration between NASA, the European Space Agency, and the Canadian Space Agency.

It is expected to work for about 20 years.