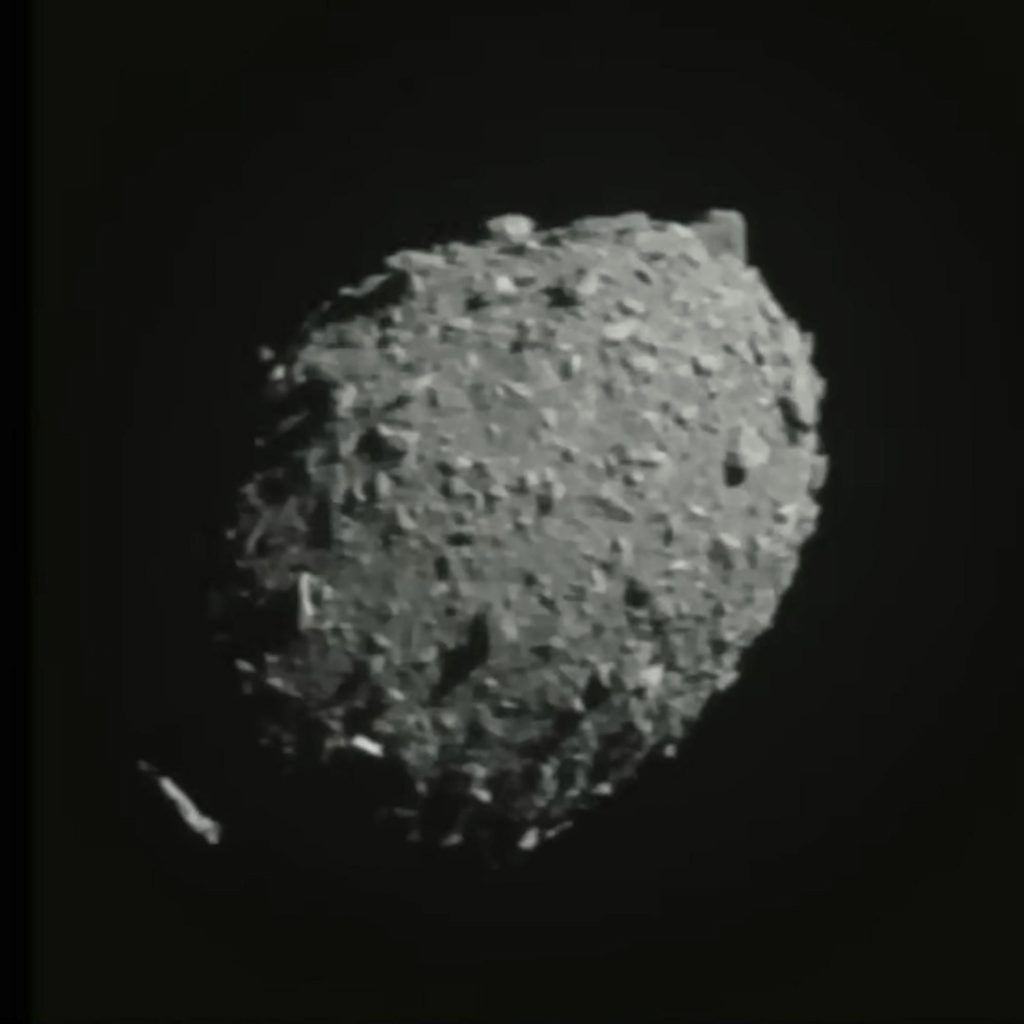 CHPDE CANAVERAL, Fla. (HPD) — A space probe that collided with a small, harmless asteroid millions of miles away managed to alter its orbit, NASA said Tuesday.

The agency conducted the impact test two weeks ago to see if in the future it would be able to deflect a deadly asteroid headed for Earth.

“The mission shows that NASA intends to be ready for whatever the universe throws at us,” space agency administrator Bill Nelson said during a news conference at NASA headquarters in Washington.

On September 26, the Dart space probe left a crater on the asteroid Dimorphos, hurling debris into space and creating a trail of dust and debris that stretched for several thousand kilometers (miles). Consecutive nights of telescopic observations from Chile and South Africa were required to determine how much the impact altered the 160-meter (525-foot) asteroid’s trajectory around another much larger space rock traveling alongside it.

Before the impact, the asteroid took 11 hours and 55 minutes to go around the other asteroid, called Didymos. Scientists had predicted shaving 10 minutes off that time, but Nelson said the impact reduced the asteroid’s orbit by 32 minutes.

“Let’s take a moment to measure this: For the first time in history, humanity has changed the orbit” of a celestial body, said Lori Glaze, director of planetary sciences at NASA.

Rusty Schweickart, an astronaut with the Apollo program and co-founder of the nonprofit organization B612, which is dedicated to protecting Earth from asteroid impacts, said he is “obviously delighted” with the results and the attention the mission has brought to the world. asteroid drift.

The team’s scientists noted that the number of fragments appeared to be a factor in the result. The impact may have left the asteroid somewhat wobbly, said NASA program scientist Tom Statler. That may have affected the orbit, but it will never return to its original location, he stressed.

Originally, both asteroids were separated by 1.2 kilometers (less than a mile). Now, they are several tens of meters (yards) closer.

None of the asteroids posed a threat to Earth, and they still don’t as they continue their journey around the Sun. That’s why scientists chose them for this important trial.

Planetary defense experts prefer to deflect a threatening asteroid or comet years, or even decades, in advance, rather than detonate it and create fragments that can fall to Earth.