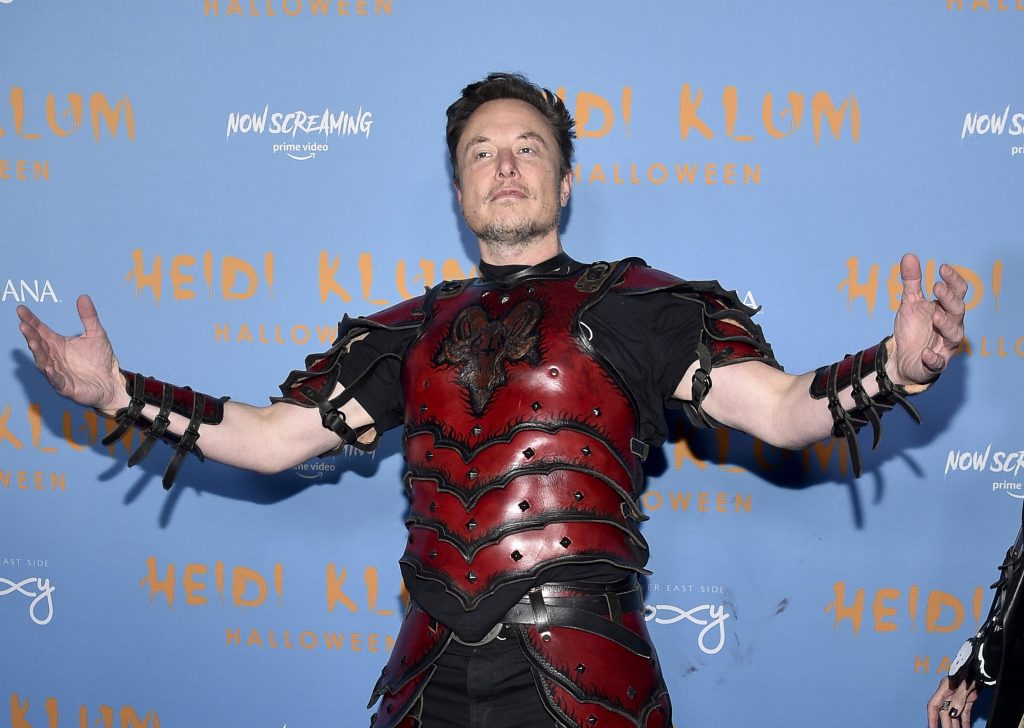 Shortly after completing a $44 billion deal to acquire Twitter, Musk attended a party in New York dressed as “Devil’s Champion” along with his mother, Maye Musk.

AbracadabraNYC, a New York store that sells the costume online, lists a price of $7,500.

The world’s richest man and CEO of Tesla, SpaceX and now Twitter, was locked in a bitter legal fight after trying to get out of a deal to acquire the social media platform.

Musk has promised big changes to Twitter, including the ability to charge verified users of the network a monthly fee. The idea was met with disdain this week by some prolific tweeters, including horror novelist Stephen King.