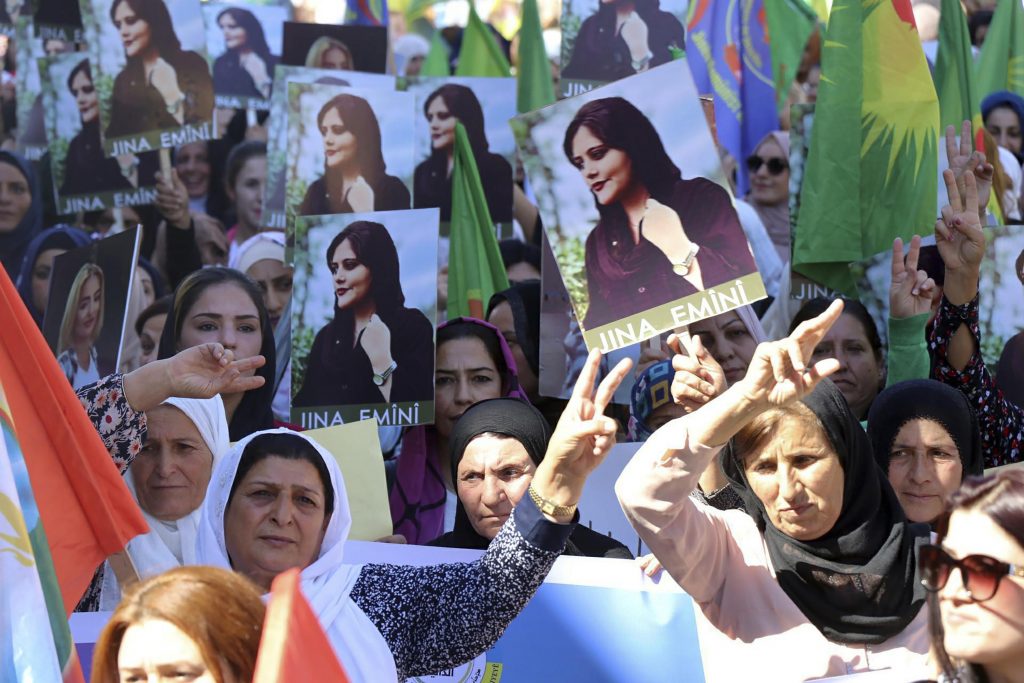 DUBAI (HPD) — The mother of a 16-year-old Iranian woman has rejected the official version that her daughter died when she fell from a tall building, saying the teenager died as a result of blows to the head during the crackdown on protests rocking the country.

Nasreen Shakarami further said that authorities kept her daughter Nika’s death a secret for nine days and then took the body out of a morgue for burial in a remote area, against the family’s wishes. Her mother spoke in a video message Thursday to Radio Farda, the US-funded Radio Free Europe/Radio Liberty Farsi-language station.

Nika Shakarami is a new emblem of the protests, considered the biggest threat in decades to the ruling elite of Iran. Authorities’ attempts in recent days to describe the teenager’s death as an accident may indicate fears the incident will spark further anger against the government.

The protests, which entered their fourth week on Saturday, were sparked by the death of 22-year-old Mahsa Amini at the hands of morale police, who had arrested her for alleged violations of the strict Islamic dress code.

Young women have often led the protests, ripping off veils and headscarves and waving them in defiance and calls for the downfall of the government.

The protests quickly spread to towns across Iran. The government has responded with a fierce crackdown that includes beatings, arrests and killings of protesters, as well as internet shutdowns.

Human rights groups estimate that dozens of protesters have been killed in the last three weeks. On Thursday, London-based Amnesty International published its findings on what appears to have been the deadliest incident so far, in the town of Zahedan on 30 September.

The report says Iranian forces killed at least 66 people, including children, and wounded hundreds, as they fired on protesters, bystanders and worshipers in a violent raid that day. Authorities say the violence in Zahedan was caused by unnamed separatists. More than a dozen people have been killed in that area since then, the report adds.

Meanwhile, Nika Sharami’s mother has rejected attempts by the authorities to present her daughter’s death as an accident.

In his video message, he noted that the forensic report showed that Nika had died from repeated blows to the head. Nika’s body was intact, but some of her teeth, facial bones and the back of her skull were broken, she said.