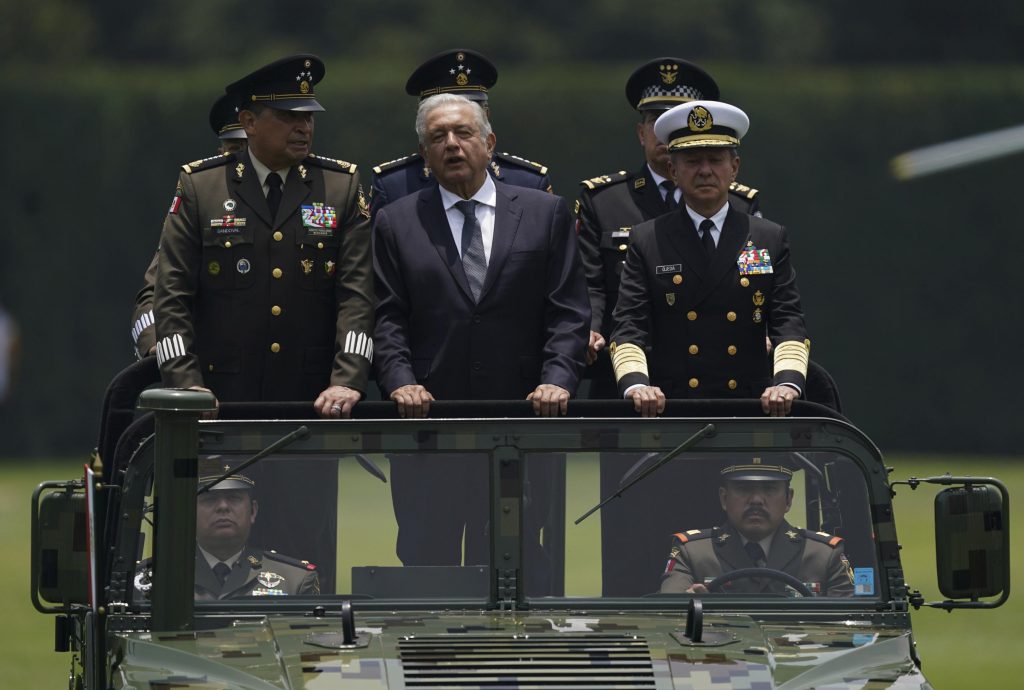 MEXICO CITY (HPD) — The defense secretary’s refusal to appear before Congress sparked controversy as concern grows among analysts and opponents who fear the opacity of the Mexican armed forces could increase at a time when the government delegates more and more tasks and their permanence in the streets in public security functions is extended.

The decision of the official majority of the Senate to cancel the appearance of the Secretary of the Sedena, General Luis Cresencio Sandoval, and the Secretary of the Navy, Admiral Rafel Ojeda Durán, during a presentation by the Security Cabinet on Wednesday encouraged criticism against the government and two of the closest military collaborators of President Andrés Manuel López.

The suspension of the appearance occurs a few days after Sandoval refused to appear before the Defense Commission of the Chamber of Deputies that invited him to speak about the massive extraction of files that the Sedena suffered by a group of hackers called Guacamaya, many of which have been broadcast in recent days by local media.

Opposition deputy Sergio Barrera, secretary of the lower house Defense Commission, expressed concern about the situation, telling The Associated Press that “if they are not accountable, if there is no transparency, it is an issue that all Mexicans care about. should be concerned.”

Civilian organizations and activists have also questioned the opacity that exists in some public works projects that have been managed by the armed forces, as well as some cases of human rights violations in which the military and the National Guard have been involved, which the last month it passed into the control of the Army.

Barrera recalled that in the constitutional reform that Congress approved last week to extend the presence of the military on the streets until 2028, it was established that the armed forces must submit semi-annual reports on their progress in public security, and added that “If right now we are asking for that to happen (accountability) and it doesn’t happen, then what awaits us?”

Barrera was involved in the controversy of the armed forces after the Secretary of the Interior, Adán Augusto López, justified Sandoval’s non-appearance in Congress alleging that the deputy addressed the general in “disrespectful” terms when he sent him a letter to invite him to talk about the hacking of the Sedena files.

So far in his term of office, which began in 2018, President Andrés Manuel López Obrador has handed over to the armed forces key projects of his government, such as the new airport in the Mexican capital and a train in the south of the country, the customs administration and some air terminals, and even the distribution of vaccines.

López Obrador, who defended, before reaching the presidency, that the military should return to the barracks, in recent months changed his position alleging that the armed forces are required to continue in public security tasks to confront the powerful criminal organizations that keeps some regions of Mexico whipped.

Since 2006, the Mexican military and marines have played a key role in combating criminal groups and drug traffickers.

Despite the extensive deployment of the National Guard and other military forces in the country’s 32 states, crime has not been contained in Mexico.