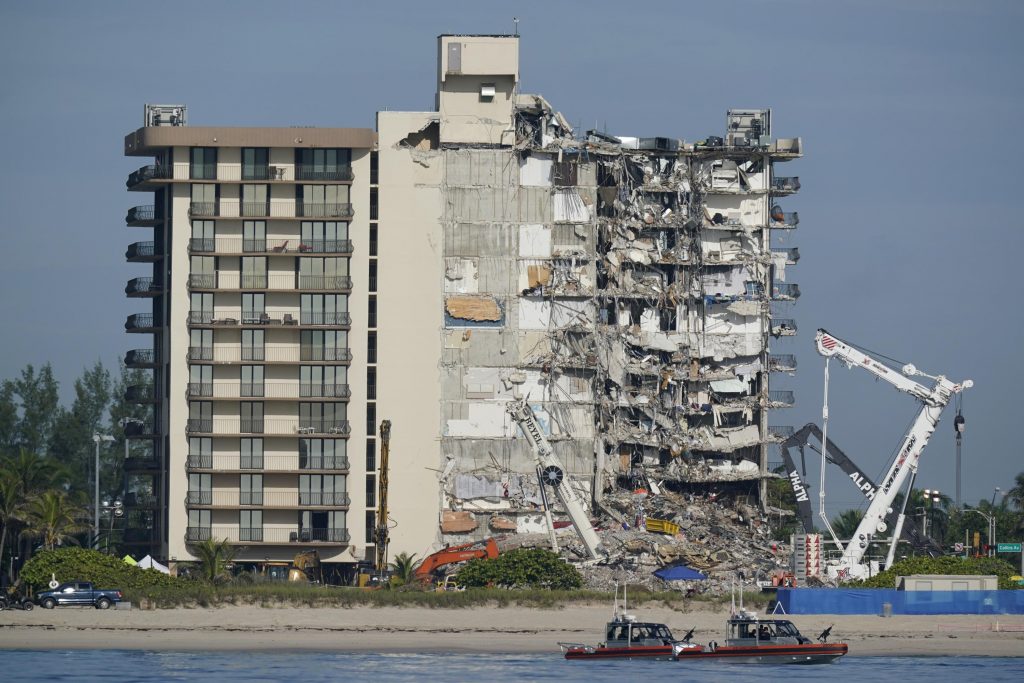 MIAMI (HPD) — Residents of a Miami Beach building located down the street from an apartment complex collapse that left nearly a hundred dead were forced to evacuate Thursday night after authorities determined that the structure was not safe.

Miami Beach spokeswoman Melissa Berthier said around 4 p.m. Thursday that the city planned to post a notice about the structure’s danger and order the immediate evacuation of the 14-story Port Royale building. About an hour later, the administration of the complex sent the neighbors a mandatory notice to leave before 7:00 p.m., according to the Miami Herald newspaper,

Residents in Port Royale said Miami Beach city officials had told them the day before that the property would have to be evacuated, but the immediate eviction notice was not delivered until Thursday, WPLG-TV reported.

The report from the building’s structural engineer prompted an evacuation notice for the 164-unit structure, located at 6969 Collins Avenue, which is undergoing recertification after 50 years.

The Champlain Towers South apartment complex in Surfside, Florida, which collapsed in June 2021, killing 98 people, is also on Collins Avenue, about 1.3 miles (2 kilometers) from Port Royale.

The tragedy at the 12-story building in Surfside sparked the largest non-hurricane emergency operation in Florida history, with rescuers arriving from across the country and even from Israel to help local crews find victims. .

Engineers had recommended installing additional “shoring” to reinforce areas in need of repair in the Port Royale garage to support a damaged beam. Authorities have indicated they expect reinforcements to be in place within 10 days, the Miami Herald reported.