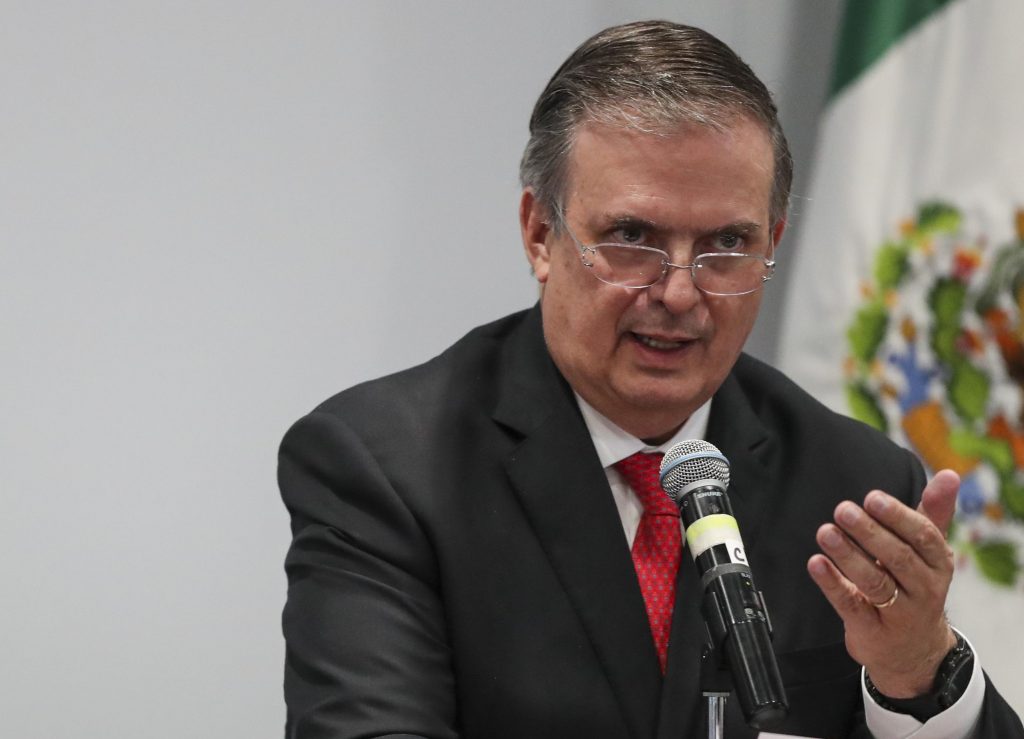 MEXICO CITY (HPD) — The Mexican government filed a new lawsuit Monday against US companies it blames for the flow of illegal weapons into Mexico.

The first lawsuit, which was recently dismissed, targeted US firearms manufacturers. The second, which according to Foreign Relations Secretary Marcelo Ebrard was presented Monday in Arizona, seems to focus on arms dealers.

“We are suing them because here, obviously, as there is a recurrence, we presume and it is evident that there is arms trafficking and that it is known that these weapons are directed to our country,” Ebrard declared.

Ebrard promised last week that the new lawsuit would target firearms stores or dealers in states bordering Mexico that sell guns to frontmen who supply them to traffickers, who bring them into Mexico.

Ebrard said that about 60% of the firearms that have been seized in the country in recent years are believed to have come from 10 counties in the United States, most of them located on the border between the two nations. Mexico has strict restrictions on the possession of firearms, but drug cartel violence has claimed hundreds of thousands of lives in the country in recent years.

“We are going to show that, in many of these points where these products are sold in those counties that I have just told you about, they are operating frontmen, and criminal responsibilities must begin to be established for them,” Ebrard said last week in an appearance before the Mexican Senate.

A recently enacted US law criminalizes sales by middlemen and establishes sentences of between 15 and 25 years in prison if the offense is related to drug trafficking.

The announcement of the second lawsuit comes several days after a US federal judge dismissed Mexico’s first lawsuit against US gunmakers. Ebrard said Mexico would appeal that ruling.

The judge ruled that the Mexican government’s accusations were not above the protections established by the Law for the Protection of the Legal Arms Trade, approved in 2005, for arms manufacturers.

This law protects gun manufacturers from damages “resulting from the criminal or unlawful use” of a firearm.

Mexico was asking for compensation of at least 10,000 million dollars, but legal experts considered that the lawsuit had little chance of succeeding.

The Mexican government estimates that 70% of the weapons trafficked to Mexico come from the United States, according to the Ministry of Foreign Affairs. He noted that, in 2019 alone, at least 17,000 homicides in Mexico were related to trafficked weapons.