Skip to content
Home » Mexico: Ayotzinapa case in crisis due to criticism of the report 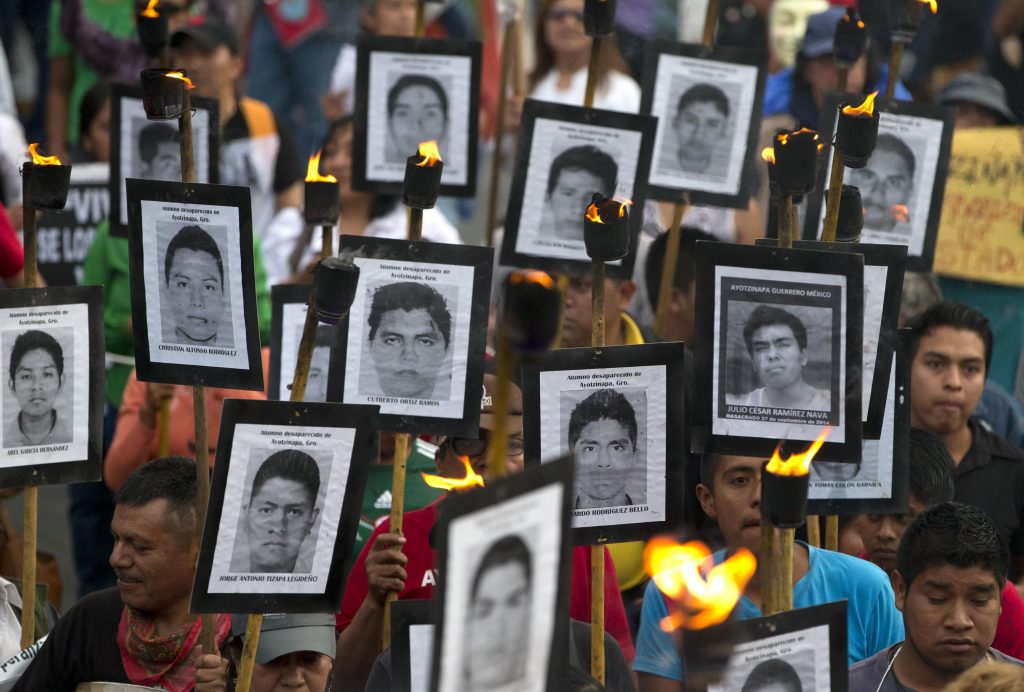 MEXICO CITY (HPD) — The case of the disappearance of the 43 students in southern Mexico that occurred in 2014 has entered a crisis due to the questions that have arisen against the investigations, the departure of the special prosecutor, and now the retirement from the members of the group of international experts.

This was evidenced on Monday by the group of experts designated by the Inter-American Commission on Human Rights (IACHR) during a presentation in which they questioned the credibility of part of the evidence that was used to put together the most recent report of the Truth Commission that directed by the Undersecretary of the Interior, Alejandro Encinas.

After an expert opinion of the 467 screenshots of the WhatsApp messages, which were included in the report of the government commission, the experts recognized that the evidence presents “inconsistency” in terms of dates, the way of writing some of the messages and the devices that were used.

“It is not possible to guarantee the originality of the messages that were captured in images or by photographic record,” the experts stated in their report.

Given the inconsistencies, Carlos Beristain, a member of the international group, stated bluntly that WhatsApp messages “cannot be considered as digital evidence.”

In mid-August, Encinas presented a report with indications of those allegedly involved in the disappearance of students from the Ayotzinapa normal school that occurred between September 26 and 27, 2014 in the town of Iguala, state of Guerrero, as well as in the concealment after the events, in which senior officials from the administration of Enrique Peña Nieto (2012-2018) participated.

The specialists also complained about the cancellation of 21 of the 83 arrest warrants that were issued in August against those allegedly involved in the case, and admitted that confusion has arisen in trying to link these actions by the Special Unit of the Attorney General’s Office that investigates the case with the Truth Commission document, and they insisted that “there is no relationship” between the arrest warrants and the Encinas report, despite the fact that the government has tried to link them.

The suspension of part of the arrest warrants, which included 16 soldiers and five former officials, precipitated the resignation in September of the special prosecutor in the case, Omar Gómez Trejo, who had been facing the investigations since 2019.

Local media pointed out that the process followed by the Attorney General’s Office for the arrest in August of former prosecutor Jesús Murillo Karam, which was carried out without consulting Gómez Trejo, was another of the events that led the prosecutor to resign.

In this regard, the group of experts admitted that the departure of Gómez Trejo may cause significant setbacks in the investigations and put several of the arrest warrants at risk due to the limited knowledge that the new prosecutor of the special unit of the Public Ministry has of the case.

In the last two months, some five people have been arrested for their alleged involvement in the case.

One of the most important arrests was that of Murillo Karam, who was linked to trial in August for the crimes of forced disappearance, torture and against the administration of justice.

In mid-September, three soldiers were arrested, including retired General José Rodríguez Pérez, who was the commander of the 27th Infantry Battalion of Iguala, who faces charges of organized crime. Rodríguez Pérez was mentioned by Encinas as the alleged person responsible for the disappearance of six of the 43 students.

Last week, the former secretary of Public Security for the state of Guerrero, Leonardo Octavio Vázquez Pérez, was arrested.

After admitting that the process faces a serious situation, the group urged the authorities to “return to the path of a serious investigation, and with reliable results,” and to respond to the families and Mexican society “without hiding, minimizing or altering research”.

Specialist Ángela Buitrago took the opportunity to reiterate the group’s criticism of the Secretary of National Defense, which she pointed out for not providing all the key information they have on the case, despite the fact that President Andrés Manuel López Obrador ordered the armed forces to support in investigations.

During the exhibition Beristain announced that the group, which was created four years ago by an agreement between the IACHR, the representatives of the victims and the Mexican State, will be reduced to two members who will continue under a provisional mechanism to monitor the process for a couple of years. months.

After the questions raised by the group of experts, the Miguel Agustín Pro Juárez Human Rights Center (Centro Prodh), which represents the parents of the students, expressed its deep sadness at the “lack of truth” in the case, and urged the State, in a statement posted on its Twitter account, to “rectify and return to the path of justice and truth with openness to international technical assistance.”

So far the fate of the young is unknown. It is presumed that all were killed, but the remains of only three were found. The motive for the attack is also unclear, although the idea that one of the buses that were taken was linked to drug trafficking has been consolidated.

The Ayotzinapa case became a symbol in a country with more than 100,000 disappeared and where extremely high levels of impunity, corruption and violence still prevail, according to experts.