Skip to content
Home » Mexico: Accusation of cover-up in case of femicide 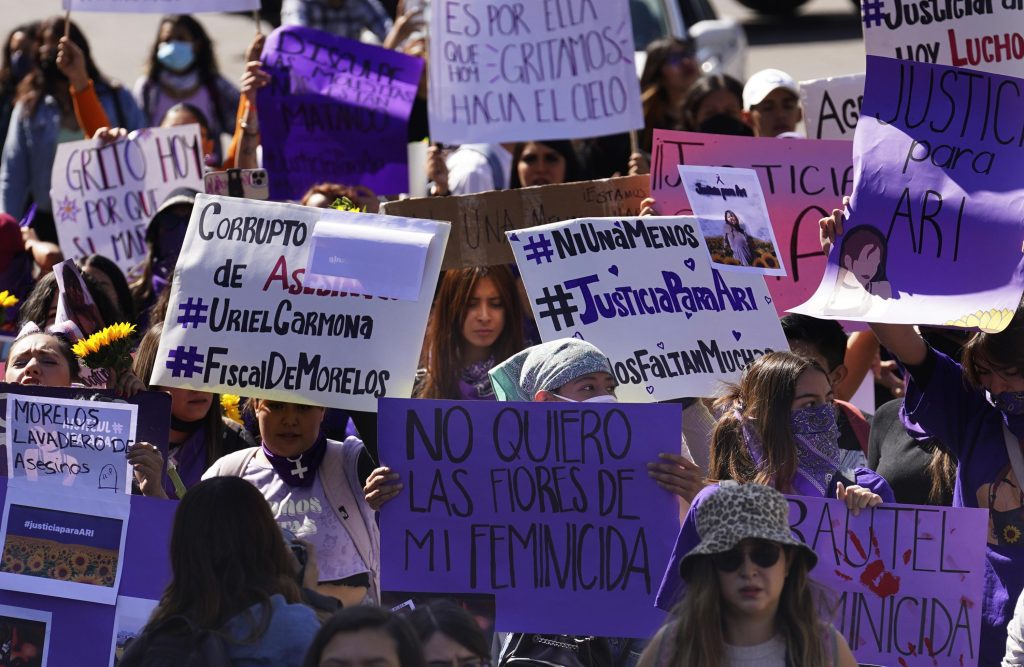 MEXICO CITY (HPD) — The murder of a young woman in Mexico City sparked allegations Monday that authorities in a neighboring state intentionally botched her autopsy to cover up the killer.

The death of 27-year-old Ariadna López brought to the fore all the issues that have angered women in Mexico: Officials blaming the victim, poor police investigation, and ethical lapses that have led to a growing number of unprovoked femicides. solve.

The head of government of Mexico City, Claudia Sheinbaum, affirmed that the prosecutor of the state of Morelos, south of the Mexican capital, had links with the alleged murderer of the woman, although she refused to specify those alleged links.

“It is understood that the attorney general of Morelos wanted to hide Ariadna’s feminicide, presumably because of his links with the probable feminicide,” Sheinbaum asserted.

The woman’s body was found last week in Morelos, so the authorities of that state were the first to investigate.

Morelos prosecutor Uriel Carmona said a state forensic exam showed Lopez choked on his own vomit as a result of intoxication. But authorities in Mexico City said on Sunday they had evidence that she had been killed in the country’s capital.

Carmona’s office did not comment on Sheinbaum’s accusation that the autopsy was botched or that it had been part of a cover-up.

The Morelos state anti-corruption office later announced on Monday that it had opened an investigation into possible crimes and alleged acts of corruption committed by personnel from the Morelos state prosecutor’s office.

On Sunday, the attorney general of Mexico City, Ernestina Godoy, said that an autopsy carried out by experts from the capital found “several injuries from blows” on López’s body and indicated that the cause of death had been “multiple trauma”. ”.

López was found dead on the side of a road last week in the state of Morelos, where the city of Cuernavaca, a popular weekend destination for residents of Mexico City, is located. She had been reported missing after going to a restaurant with the suspect and her girlfriend, and then visiting her apartment, according to authorities in the country’s capital.

On Monday, Sheinbaum showed an image from the apartment building’s security cameras that allegedly showed the suspect walking through a basement with the limp body of a woman over his shoulder.

The suspect, who was apparently a friend of the victim, turned himself in Monday to the prosecutor’s office in the northern city of Monterrey and said he was innocent of the murder. Another woman, described as the suspect’s girlfriend, was arrested in Mexico City.

Some saw signs of police incompetence from the start. López disappeared on October 30 in a trendy neighborhood in downtown Mexico City. Her body was not found until days later, when cyclists discovered her on a road that leads from Mexico City to Morelos.

Her body was identified by relatives only after the cyclists who found her took photos of her tattoos and posted them online to help identify her.

On Monday, dozens of women and supporters demonstrated in downtown Mexico City to demand justice in López’s case.

We feel “impotence, above all anger,” said Omar Rodríguez Díaz, the victim’s brother. “They treat us like garbage, and that’s sad.”

“We want justice and that prosecutor Uriel Carmona have consequences. His words, he made fun of all of Mexico and all women,” said Rodríguez Díaz.

Sheinbaum is considered one of the main contenders to replace President Andrés Manuel López Obrador in the 2024 elections. Monday’s dispute sets up a conflict with the governor of Morelos state, who is an ally of López Obrador but not a member of his Morena party. .

But the country’s capital also has its own problems with murders of women. A young woman, Lidia Gabriela, apparently threw herself from a taxi and died on a Mexico City street on Wednesday. Witnesses said that Gabriela thought the taxi driver was trying to kidnap her and so she jumped out of the vehicle.

The state of Morelos has had a particularly serious period of murders of women.

On Friday, the bodies of five women were found in the Morelos city of Cuautla, south of Mexico City. The bodies were found at two different points in the city.

The Morelos state prosecutor said the killings appeared to have been carried out by a drug gang, possibly as part of some sort of dispute. Carmona said the bodies were found near a handmade sign like the ones often used by drug gangs.