Skip to content
Home » “Mexican caviar”, a tradition that struggles to survive 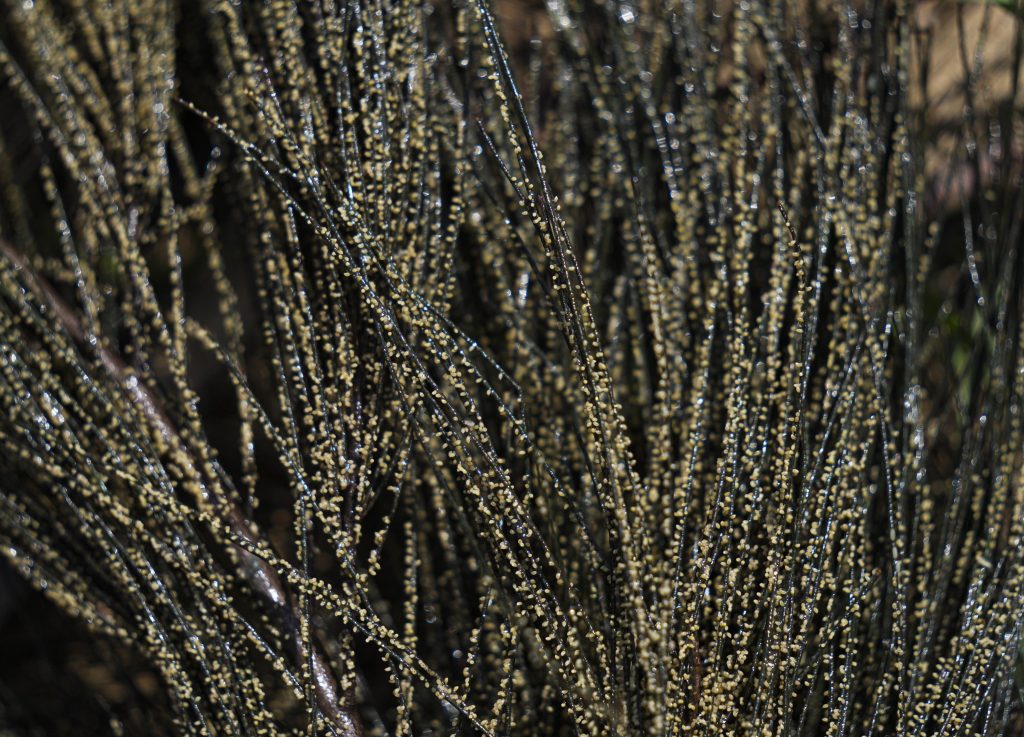 CHIMALHUACÁN, Mexico (HPD) — In a shallow lake outside Mexico City, a handful of farmers still farm the eggs of an elusive water bug, which fit on a fingertip, to keep a culinary tradition alive. dating to at least the Aztec Empire.

Caviar is typically associated with sturgeons from the Caspian Sea, but the Mexican version comes from the tiny eggs of the aquatic insect of the family Coryxidae, also known as “bird fly” because it is fed to birds.

Some species of water bug are popularly called “boatmen” because they are elongated and flattened and their four hind legs are large and oar-shaped.

The insect, which rises to the surface for a few seconds to trap oxygen in small bubbles and then submerges, would not seem like food to most, but it was once essential to the inhabitants of the Valley of Mexico.

For Juan Hernández, a farmer from the central town of San Cristóbal Nezquipáyac, in the state of Mexico, cultivating and collecting the tiny eggs of the insect known as “ahuautle,” which means water amaranth in the Nahuatl language, is a way of life.

“For me it means tradition more than anything,” said Hernández, 59.

The farmer is one of six people known to still cultivate ahuautle, at least in the central region of Texcoco.

The survival of the crop, which is also called “Mexican caviar” due to its intense and at the same time delicate flavor, has been threatened by the drying up of Lake Texcoco, the migration of the inhabitants of the areas near the water and the little interest of new generations in food, said Dr. Jorge Ocampo, coordinator of agrarian history of the Center for Economic, Social and Technological Research of Agroindustry and World Agriculture, which operates in the State of Mexico.

Ocampo called the plate’s survival an example of “community resistance,” similar to the way residents around Lake Texcoco — a shallow, saline lake that once covered most of the eastern half of the Mexico City – have managed to preserve other traditions, religious festivities and ceremonies.

For Hernández, the cultivation of the “ahuautle” is a hard and dirty job that few are willing to do.

Wearing a hat, a long-sleeved shirt, shorts and rubber boots, the farmer walks into the greenish waters of Nabor Carrillo -a shallow artificial lake that was created in the dry areas of Texcoco- to start harvesting of the pine branches that a week before he buried in the lakebed to attract bedbugs and get them to lay their eggs.

Under an intense sun and the screeching of hundreds of coots, chichicuilotes, herons, Canadian ducks and other migratory birds that use the Nabor Carrillo as their temporary shelter, the farmer begins to remove the pine branches from the water and places them on a makeshift raft of expanded polystyrene.

“We usually look for the shores where the mosquito jumps the most,” Hernández said, speaking of the tactics he uses to catch the insect that he learned in his youth when he decided, after losing his job, to join more than fifty inhabitants of the town that used to cultivate the “ahuautle” in the period of reproduction, which occurs during the rainy season that goes from June to September.

After almost two hours of harvesting, Hernández returned with a mountain of branches laden with thousands of bedbug eggs, which he gradually placed on the shores of the lake to dry in the sun, a process that can take several hours or days, depending on the weather. climate.

“Cleaning takes a very laborious process,” said the farmer as he rubbed a pine branch with his hands to remove the eggs and deposit them on a pink blanket.

The cleaning process culminates in his house where he passes the eggs through a sieve to remove the remains of pine branches and earth before packing them into bags for sale.

Gustavo Guerrero, owner of a restaurant in the municipality of Iztapalapa, in the east of the Mexican capital, tries to preserve the ancestral food and has included it in the menu of his place where he serves it in a version of fried pancakes that he makes with the “ ahuautle” mixed with eggs and breadcrumbs, along with a green sauce based on tomatillo, nopales and squash flowers.

“When you eat this dish, you go back in time,” said Guerrero, 61, after acknowledging that the “ahuautle” pancakes remind him of his childhood and the times his mother prepared them following a recipe she had learned from her father. grandmother.

The businessman admitted that the survival of “Mexican caviar” is at risk due to the ignorance of the dish by the younger generations and the decrease in the number of people who grow it in the few lakes of the Valley of Mexico.

The “ahuautle” also runs the risk of becoming a gourmet dish: a kilogram of eggs can be sold for around 50 dollars.

For several centuries, insects have been part of the Mexican diet. The science teacher and entomologist at the National Autonomous University of Mexico, Edday Farfán, stated that “more than 430 species of edible insects” have been identified in the country.

Farfán, who since 2016 has dedicated himself to the study of the water bug and even has it tattooed on one of his arms, explained that the indigenous people of the lacustrine systems included insects in their diet because it was an easy way to obtain proteins due to due to the absence of large mammals.

Speaking of the lack of interest of the new generations for the “ahuautle” and other insects, the entomologist indicated that “it continues to be associated with rurality, perhaps with a certain poverty, as if it were an undesirable protein for certain sectors of the population.”

The “ahuautle” is recorded in history and cookbooks, but nothing guarantees that the culinary tradition can survive.

“There are many people from the kids, from the youth, who don’t eat it anymore, they don’t like it anymore,” Hernández said, acknowledging that he fears the end of the tradition is near. “Right now we are only dealing with the survival of the ‘ahuautle’. Let’s hope it doesn’t get lost,” he concluded.