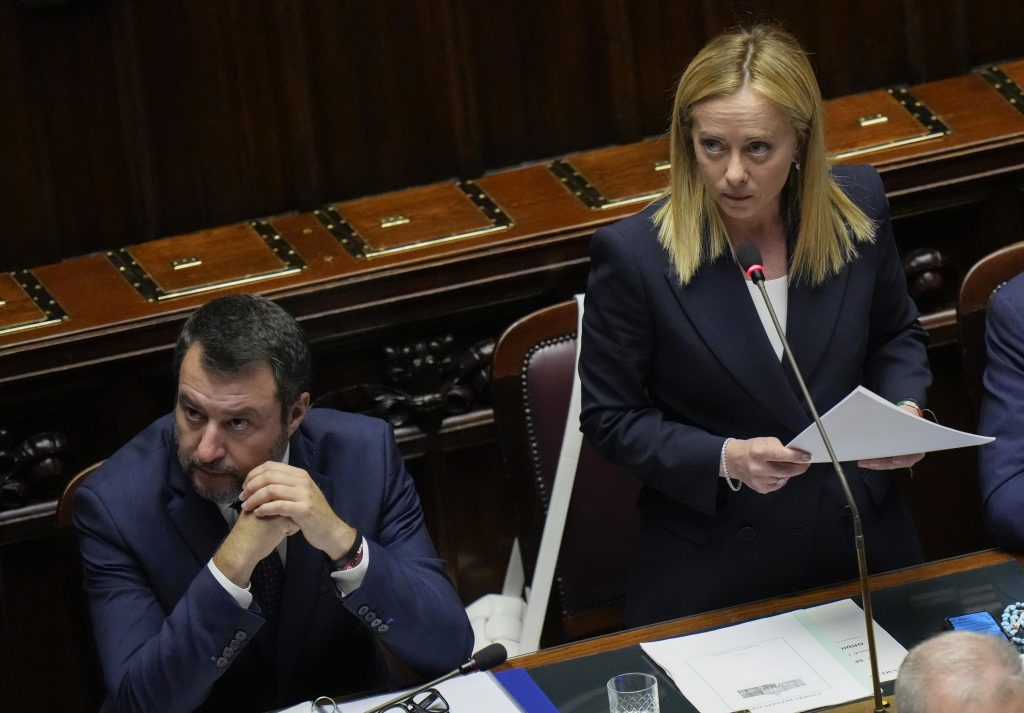 In a speech before the Chamber of Deputies before the mandatory vote of confidence for any incoming government, Meloni criticized the European Union for not being prepared for all eventualities, such as the recent energy crisis.

However, he assured that his government, with its right-wing and center-right allies, will respect the agreements established with the EU, although at the same time it will seek to modify some of them, such as those concerning monetary stability.

“Raising these questions does not mean being an enemy or a heretic but pragmatic,” Meloni declared in his 70-minute speech.

Earlier in his speech, he defended himself against critics, including foreign governments, who have vowed to remain vigilant against Italy’s first far-right government since World War II.

Such attitudes are “a lack of respect for the Italian people, who do not need lessons,” Meloni said.

Meloni’s party, Brothers of Italy, was the most voted in last month’s elections, with 26% of the vote.

Together with his main allies — Matteo Salvini’s anti-immigrant League party and former prime minister Silvio Berlusconi — Meloni’s coalition has enough support in both legislative chambers to win votes of confidence and get down to the business of governing.

During the campaign Meloni, 45, did not make much of the possibility of being the first woman to head a government in Italy. But as she began her speech, she expressed amazement at her feat.

“I am the first woman to lead this nation,” Meloni said, acknowledging the weight that this carries on her shoulders. She dedicated her speech to “all the women who have difficulty expressing themselves” in their workplaces and who make daily sacrifices to achieve a balance between their work life and their personal life.