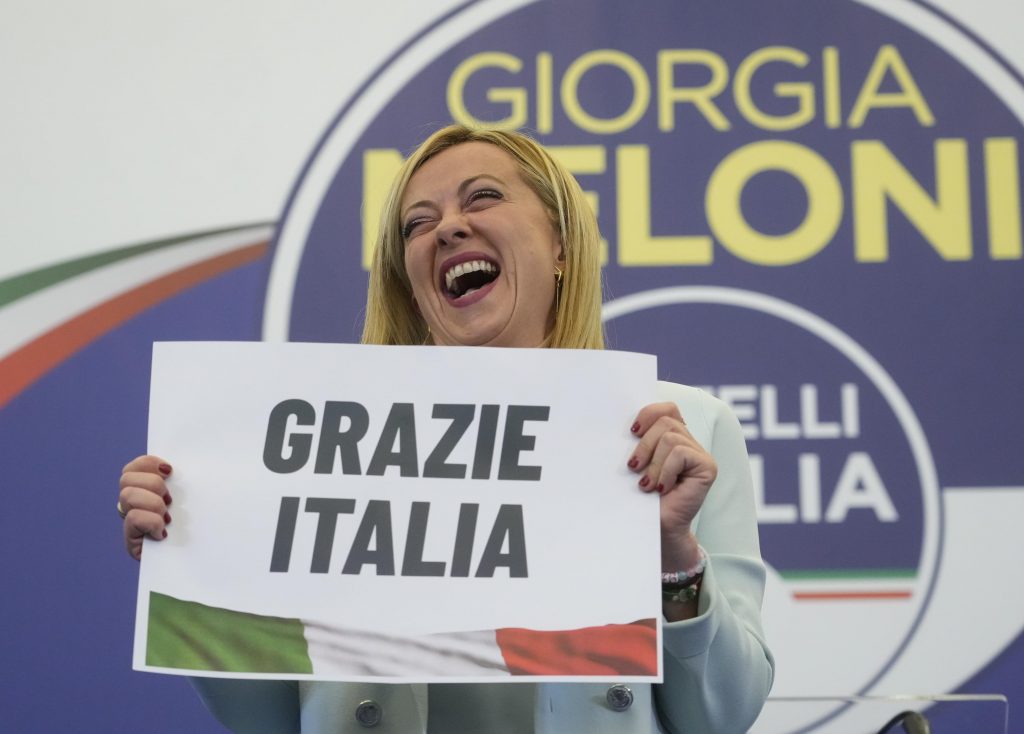 ROME (HPD) — The fact that Italy’s government looks like a revolving door could give the impression that the formation of a governing coalition is a quick thing. The process, however, follows an old ritual that can take weeks, if not months.

On Thursday, when a new legislature took office, the task of forming a government formally began.

Georgia Meloni, who scored a solid victory in the September 25 election, has a good chance of being the first far-right figure to lead a government since the end of World War II and the first female prime minister. Before, however, you have to overcome a series of rituals.

Italian governments require the support of Parliament. Before a governing coalition is formed, new legislators must take their seats, no later than 20 days after an election. On Thursday they had their first session, with the new legislators, the two chambers of Parliament.

This time there will be fewer parliamentarians. A recent reform to streamline work and contain spending reduced seats from 315 to 200 in the Senate and from 630 to 400 in the Chamber of Deputies. Ignazio La Russa, of Meloni’s far-right Brothers of Italy party, was elected president of the Senate on Thursday. For his part, Lorenzo Fontana, of the League, an ally of Meloni, was appointed president of the Chamber of Deputies on Friday.

Once the parliamentary elections are over, the president of Italy, in his capacity as head of state, must entrust someone to try to put together a governing coalition.

The clear winner of last month’s elections was Meloni, who, with the support of Matteo Salvini’s La Liga and Silvio Berlusconi’s Forza Italia, should have a comfortable majority in Parliament.

But before President Sergio Mattarella tasks Meloni with forming a viable coalition, he must hold a round of consultations with the leaders of all parties, according to tradition, although that is not mandatory. Those talks can take two or three days.

Except for surprises, the Quirinal Palace will announce that Meloni accepted the commission “with doubts”. This, however, does not mean that he has any doubts. It is a simple formality.

After being selected, Meloni and her allies will analyze how to divide up the ministries. That’s when things get complicated, as each party will push for the most coveted spots.

Given that Meloni’s party won more votes than Salvini and Berlusconi combined, his coalition partners will not have much room for manoeuvre.

The tensions came to light on Thursday during the selection of the president of the Senate. Most of the Forza Italia senators did not vote, depriving La Russa, Meloni’s candidate, of a larger victory. That vote seemed to show a lack of cohesion in the new government coalition.

WILL THERE BE VETOS?

When Meloni feels she has a cabinet Mattarella can approve of, she should present the list to the president.

After the 2018 elections, Mattarella vetoed the finance minister, an economist who did not believe in the European Union. The veto irritated the populist leaders of the coalition, but forced to find another minister more acceptable to the president.

When the cabinet is approved, the general secretary of the Quirinal will come out accompanied by a couple of cuirassiers from the Carabinieri Regiment and will announce that Meloni “has resolved his doubts.” It’s an archaic way of saying that he formed a government. Generally, the new head of government makes a few brief comments and reads the list of members of his cabinet.

The process returns to the Quirinal Palace, almost always the next day, for the swearing-in of the new government.

DELIVERY OF THE BELL

After the swearing-in, the new prime minister goes to the Chigi Palace, where his office is, to have an official photo taken. The outgoing prime minister hands him the bell used to open cabinet sessions.

Everyone usually smiles. Although in 2014, the outgoing Prime Minister Enrico Letta refused to do so and did not even look at Matteo Renzi, a co-religionist who had removed the position through internal maneuvers.

The Italian constitution requires that a new government undergo a vote of confidence in both houses of parliament no later than 10 days after the cabinet is formed. Only when that step is completed can the new government assume its full powers.