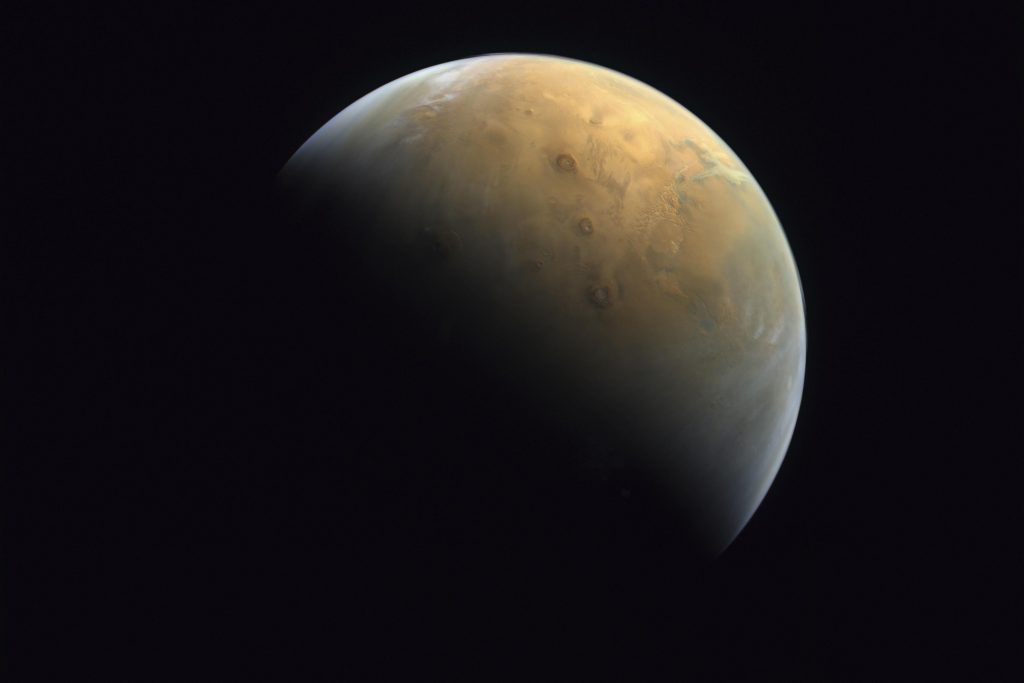 But if they came into existence, these simple life forms would have altered the atmosphere to such an extent that they caused a Martian glaciation that led to their extinction, according to the scientists’ conclusions.

The findings offer a bleak picture of the cosmos. Life, even in its simplest form as microbes, “could actually cause its own demise,” said the study’s lead author, Boris Sauterey, a postdoctoral researcher at Sorbonne University.

The results “are a bit grim, but I think they are also very encouraging,” he said in an email. “They challenge us to rethink the way the biosphere and your planet interact.”

In a study published in the journal Nature Astronomy, Sauterey and his team say they used weather and terrain models to assess the habitability of the Martian crust about 4 billion years ago, when the Red Planet was believed to be full of water and was much more hospitable than now.

They surmised that microbes that consume hydrogen and produce methane may have thrived tens of centimeters (inches) below the surface back then, enough to protect them from harsh radiation. Any ice-free sector on Mars could have been teeming with these organisms, Sauterey said, just as it was on Earth.

However, the presumed hot, humid climate of ancient Mars would have been at risk from the huge amount of hydrogen sucked out of the thin, carbon dioxide-rich atmosphere, Sauterey noted. As temperatures plummeted by almost -200 Celsius (-400 Fahrenheit), any organisms living near the surface would have burrowed deeper in an attempt to survive.

In contrast, microbes on our planet may have helped maintain temperate conditions, given the nitrogen-dominated atmosphere, the researchers said.

Kaveh Pahlevan of the SETI Institute noted that future models of the Martian climate need to take French research into account.

Pahlevan led another study suggesting that the origin of Mars was wet with warm oceans and remained so for millions of years, the atmosphere would have been dense and mostly composed of hydrogen at the time, serving as a greenhouse gas that was eventually transported to higher altitudes and was lost in space, his team concluded.